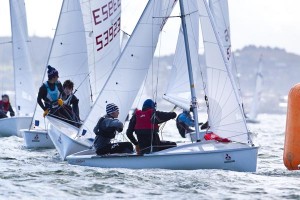 By Communications on January 27, 2021 in Junior Sailing, Latest

Because of the continued Level 5 restrictions announced by Government yesterday, Irish Sailing working with the Royal Cork Yacht Club, have decided to move the Irish Sailing Youth National Championships to late October.

The event will now take place 28 – 31 October at the Royal Cork Yacht Club.

Irish Sailing coach Sean Evans said “We could see during the month that the numbers weren’t coming down quickly enough and that Level 5 restrictions would be likely to continue. That’s why we had already planned in an alternative October date. Now that the longer restrictions are confirmed, we’re putting this new plan in place. Obviously we’re keen to have events for the young sailors to aim for, but we always have to everyone’s health as our number one priority. We’re also still planning to get a junior squad up and running for the Laser 4.7 and Toppers as soon as restrictions allow”.