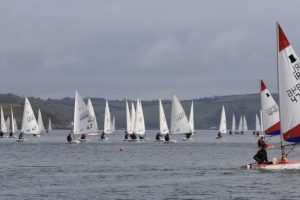 The Irish Sailing Youth Nationals were held at the club on April 25th to 28th last.

Unfortunately, with a Status Red (Storm Hannah) weather warning in place for a large part of the event – it looked like it would be a big struggle to ensure that all the fleets would get a series in over the duration of the event, but this was a challenge that Royal Cork would step up to in spades!

The Optimists, Laser Radial and 420 fleets managed to get in scheduled racing on Thursday but the Laser 4.7 and Toppers were unable to get out Friday and Saturday to complete their scheduled racing.

Sunday dawned, storm Hannah having departed but leaving somewhat of a void behind, the fleets struggled with light and very shifty breeze to get racing in before the no-race-after 1400hrs deadline. The Optimists got two races in, the Laser Radial and 420’s managing three races. The Toppers and 4.7 setup on the Curlane bank and managed, in really difficult conditions, to get three races (and a series) completed.

Several of the laser sailors will have the opportunity to represent Ireland on the Laser National squad. We are proud of their accomplishment and them, representing the Royal Cork Laser team.

Due to the inclement weather caused by storm Hannah we were unable to sail for the first 2 days so the Topper fleet of 45 dinghies were very anxious to get some sailing in on the Curlane Bank on the 3rd and final day .

It was also great to see the 4.2 sailors putting in a good performance. 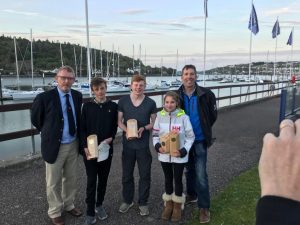 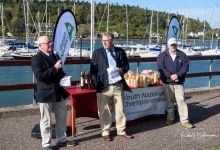 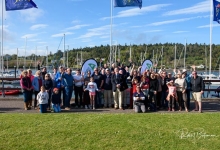 These events take so much organizing, preparation and actual day to day work to make them run smoothly, and this event was no different. Many thanks to all the event volunteers whom assisted in making this event such a success considering the weather. 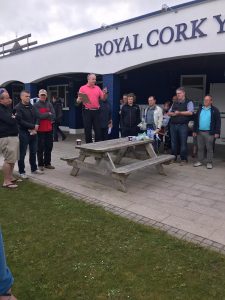 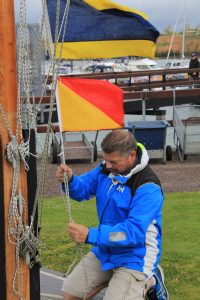 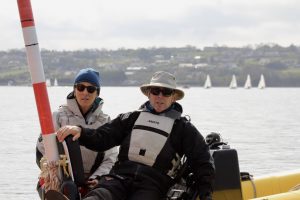 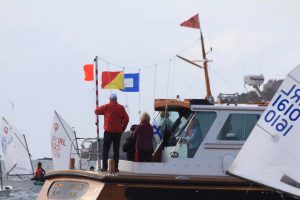 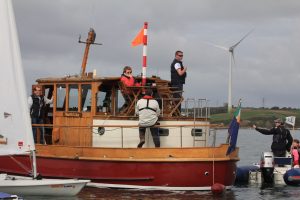 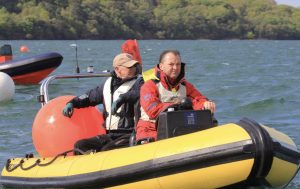