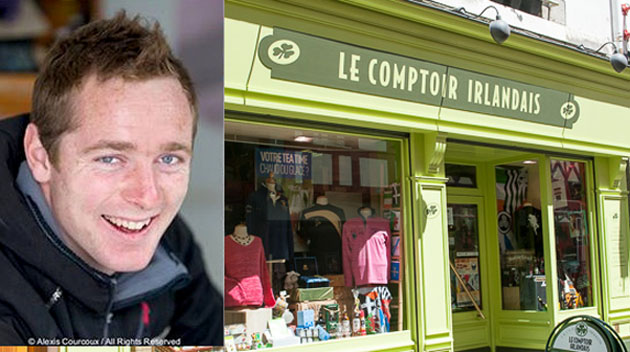 There has been a cruel blow in the Solitaire du Figaro this Tuesday lunchtime. After sailing remarkably well since the start from Deauville and rounding the Wolf Rock lighthouse in front at 1116hrs UTC, the twice winner of the Solitaire has dismasted. Yann Eliès was not injured and is attempting to free the rigging from his Groupe Queguiner-Leucémie Espoir. He may head for Falmouth, which is some twenty miles away around the Lizard Point.
Yann has seen his hopes dashed of becoming the first sailor to win the summer classic three times. This is the third spectacular dismasting of a Figaro in a race this year, after Gildas Morvan’s Cercle Vert and Thierry Chabagny’s Gedimat during the Transat AG2R. When the incident occurred, the conditions were not that bad: choppy seas with a wind blowing at just under twenty knots. Nothing that indicates a threat to a Figaro, which is well known for being a tough boat, but that was also the case for Cercle Vert and Gedimat in the Transatlantic Race. 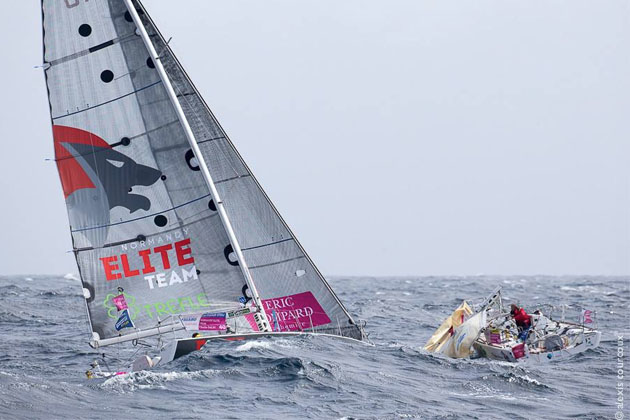 Consequently, Charlie Dalin (Normandie Elite Team) has taken the lead, just ahead of another Vendée Globe hero, Jérémie Beyou (Maître Coq). After him, we find Alexis Loison (Groupe Fiva, 3rd) Erwan Tabarly (Armor Lux Comptoir de la Mer, 4th) and Fabien Delahaye (Skipper Macif 2012, 5th). There are 190 miles left to sail with two more crossings of the English Channel. It is far from over for the 37 sailors still racing, as an area of light winds is likely to slow down the sailors as they round the buoy off Roscoff.

Royal Cork’s David Kenefick now in his second year in La Figaro, having enjoyed huge success in his Rookie year in in 2013, is currently going well having had a great start in La Solitaire du Figaro 2014 race, but along with the competitors is experiencing a leg of ‘Snakes and Ladders’ en route to Plymouth via Wolf Rock, then on to a mark off Roscoff and then to the finish of the 484ml leg to Plymouth.. David has been fortunate to secure sponsorship from Le Comptoir Irlandais and has renamed his boat Full Irish-Le Comptoir Irlandais. This company has  forty two shops throughout France promoting Irish products.  The Full Irish –Le Comptoir Irlandais is now only 6.3nm behind the leader.