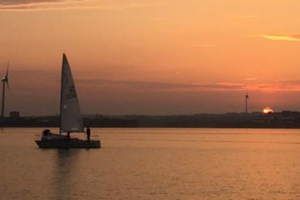 Perseverance paid off for Sinead Enright and Dave Lane last night as they persevered right to end to finish the race with a minute to spare from the time limit. Everybody else had retired and gone home, but Dave and Sinead sailed their J24 to victory. The boat name was never so true..”YaGottaWanna”..Well done lads. 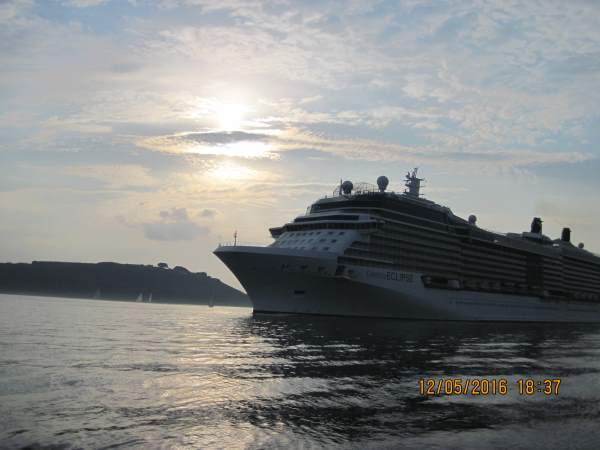 It was a balmy night for the first Thursday night league race of the season. A flood tide, 5knts of breeze trying to come in the harbour from the southeast and glorious sunshine and heat. Dave Kearney as PRO set course 93 as the way to go. It was struggle from the start but the conditions made it easy sailing and with the spectacular sight of the very large cruise liner ‘Celebrity Eclipse’ passing through the fleet without any obstructions, it was ‘Magic’.

That’s two mid week league races in a row now where one boat has finished the race within the time limit and everybody else has retired due to lack of wind to finish in time.

Roll on the weekend where the Coastal and Two-handed race will take place on Sunday (FG11.25hrs) and then next Thursday.