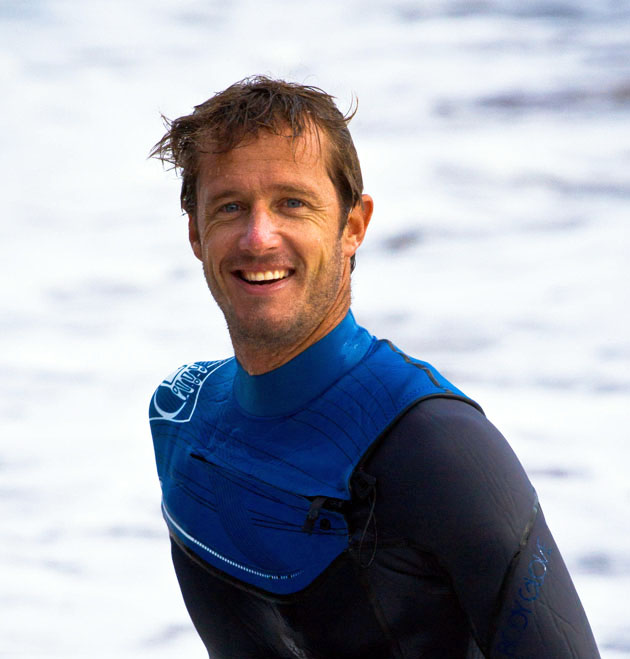 After his English Channel record, the gulf of Aqaba project and the famous Cape Horn crossing, Bruno Sroka, three time winner of the Kitesurfing world cup,  is embarking on three new adventures. Ambitious and determined, the talented kitesurfer is going to begin his three year series of crossings starting this summer. In July 2013 he will cross from France to Ireland, in 2014 he will kitesurf a Mediterranean Sea crossing and in Spring 2015 he will cross the Atlantic Ocean on a kitesurfer. Some great challenges to fulfill his desire for adventure.

In search of sponsors for the last few months Bruno, an ambassador of the Bay of Saint Brieuc, managed to find the first part of the budget for his project. He will need plenty of patience and perseverance to find a budget that will allow him to realise the other two remaining projects. But all in good  time, for the moment he is ready for the first challenge! First crossing under the shamrock of Ireland symbol

With the shamrock, symbol of Ireland, on his white kite, the kitesurfer will leave from Aber Wrac’h (Brittany) and will be heading to Crosshaven Cork Harbour,Ireland. Fáilte Ireland is supporting Bruno’s crossing that shares the common values as well as emphasising the wind and ocean sports in Ireland. Accompanied by team members aboard the security boat, the Breton will kite 240 nautical miles (444km). He expects to arrive in Crosshaven after 17 hours of sailing at an average of 15 knots speed.  Knowing what kind of problems and difficulties will be facing him in his forthcoming two journeys in the next two years this crossing will provide some of the best training he could undergo.

From competition to adventure…
Three times World, European and French Champion of kitesurf Bruno Sroka desires to develop his career and share his sport with the rest of the world. A great adventurer as well as a competitor he follows his passion into the new challenges.

In 2008 Bruno Sroka was, and still is, the first and only person that crossed the Cape Horn by kitesurfer where he sailed 100 nautical miles  in 9 hours in extreme weather at the beginning of winter conditions The most recent event that Sroka carried out was the 2012 English Channel Record crossing from Brittany to England. He renewed the world record of 100 nautical miles in 5 hours.

With the large and growing numbers of Kite surfers now in Ireland, there is bound to be plenty of interest in Bruno’s journey and even more owing to the recent controversy  at it’s proposed inclusion as an olympic class.

A few words from Fáilte Ireland, the main sponsor of the France/Ireland crossing by a Kite surfer:   “When Bruno came to us to present his project we were immediately impressed by this adventure and his past achievements and his personality.  Ireland is known for its magnificent landscapes and friendly people and is a leading travel destination for tourists.  It has 5,600km of coastline that makes it a perfect destination for water sport enthusiasts and particularly for kite surfers.  Partnership with Bruno Sroka’s project allows us to introduce this aspect of Ireland to our future and previous visitors”.