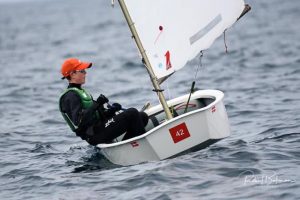 Optimist sailors had four fantastic days of racing at the AIB Irish Optimist National Championships in Cork Harbour, officiated  by Anthony O’Leary, Race Officer for the Main Fleet and Barry Rose who was Race Officer for the Regatta Fleet. There were many highs and lows over the the event, with light winds which brought their own challenges to the young sailors. 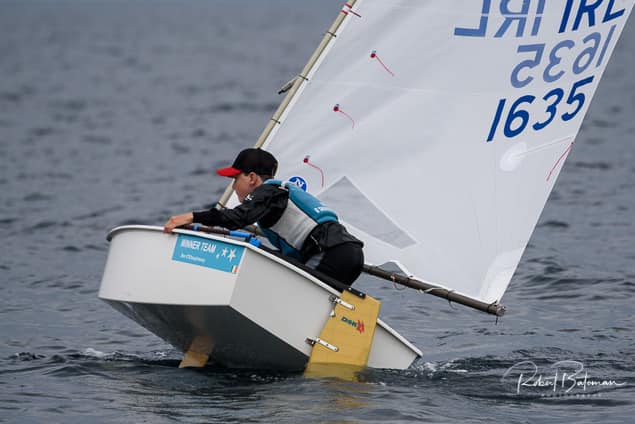 Leading the way until the final race was local sailor Ben O’Shaughnessy, who lost out in the final race to the new national champion, Johnny Flynn of Howth Yacht Club. In third place was fellow HYC sailor Rocco Wright followed in fourth place by TBSC sailor William Walsh. The first girl and in fifth place was Clementine van Steenberge from the National Yacht Club. 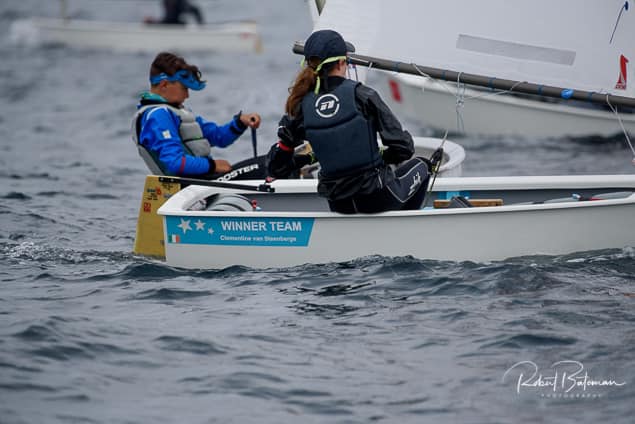 The Junior National Champion is Caoilinn Geraghty-McDonell of NYC, in second place was Des Turvey of HYC followed by Riona McMorrow-Moriarty TBSC. Fourth place went to Sienna Wright of HYC, with Emma Hanna of the Royal St George Yacht Club in fifth place. 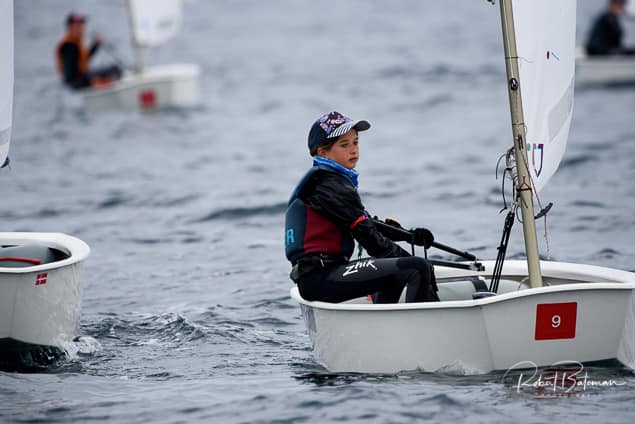 Speaking at the prize giving ceremony Admiral Colin Morehead thanked the competitors for supporting the event, for their good humour and patience throughout. In congratulating the respective National Champions and other prize winners today and throughout the event he observed how their actions both on and off the water demonstrated that the future of sailing in Ireland is in safe hands. In conclusion Admiral Morehead thanked the Title Sponsor AIB, who’s support  enables events like this to happen.

With many top youth sailors unable to travel internationally this year, the competitive spirit made this year’s event one of the hottest contested ever.