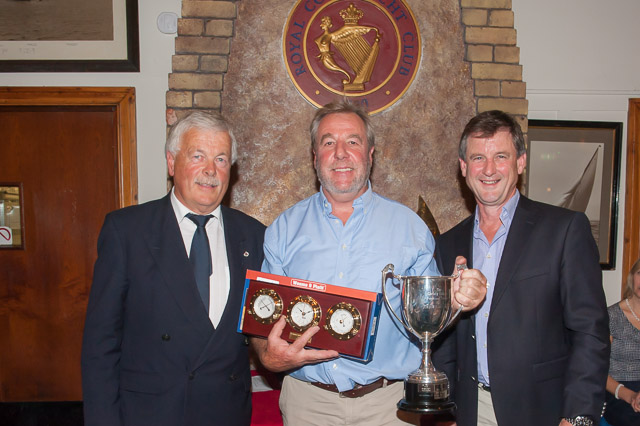 The final day dawned with high winds and rain as had been forecast.  However, the stalwarts still gathered at the club to see what was going to be the outcome and what decisions would be taken by the race Committee. There were coffees and smokes aplenty with some of the hardier veterans even downing a few pints while awaiting a decision.  Meanwhile the seas were crashing and banging and the wind continued to howl. 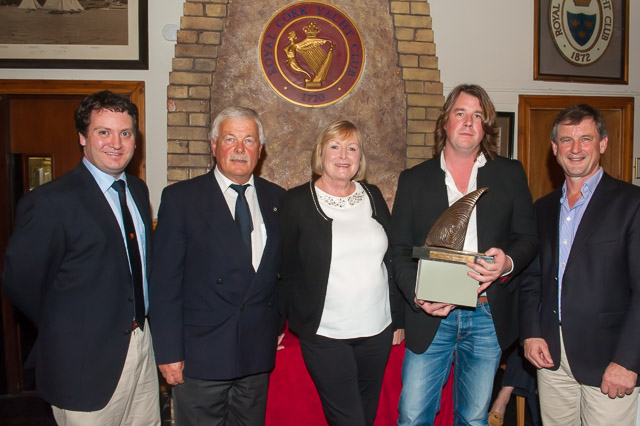 The decision was taken to postpone  and the AP flew.  At 12 noon race Officer Peter Crowley headed to sea in Sparetime and was registering gusts of 43 knots and could not even get his anchor to hold.  However, at 1.30pm it was decided to have a go as the wind was down to 20 knots and by the time the required waiting period of one hour had passed the wind had abated to some 17 knots so it was all systems go for one race with all fleets to remain in the harbour. Classes 1,2, and 3 raced under Peter Crowley with Class 4, whitesail and 1720s racing with Barry Rose. 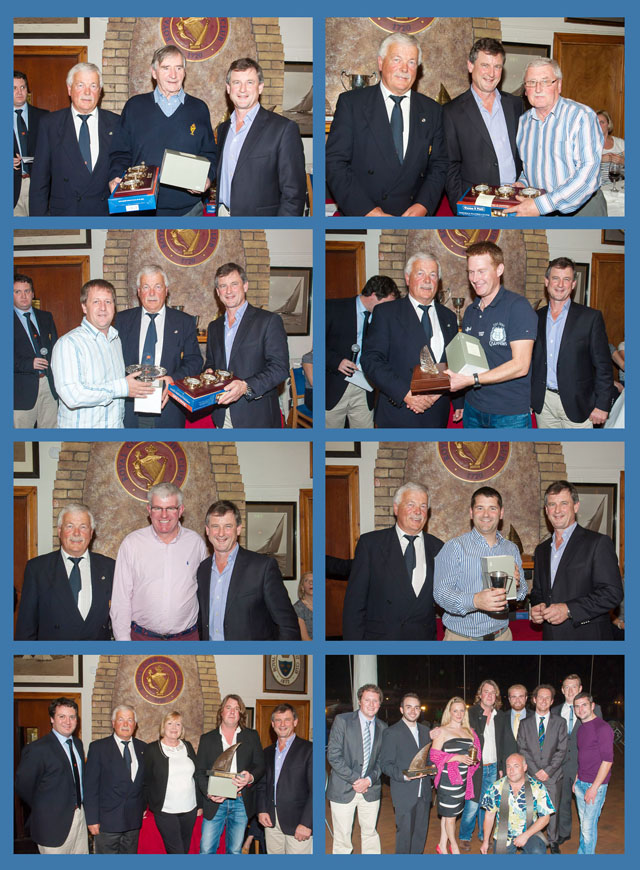 Speaking with John Doran, who sails on Jump Juice, at the prizegiving dinner that took place last night, he gave a graphic description of what it was like to be waiting for the chance to race in the afternoon and the palpable relief when it was finally established they could go to sea.  He said they enjoyed a wonderful race and were very glad they had waited. While it was still gusty, the clouds broke and slowly the sun began to appear and finally broke through to give a glorious couple of hours to allow the sailors to enjoy wonderful sailing and those who had stuck it out and waited were indeed fortunate to have had this last race of the League to enjoy. 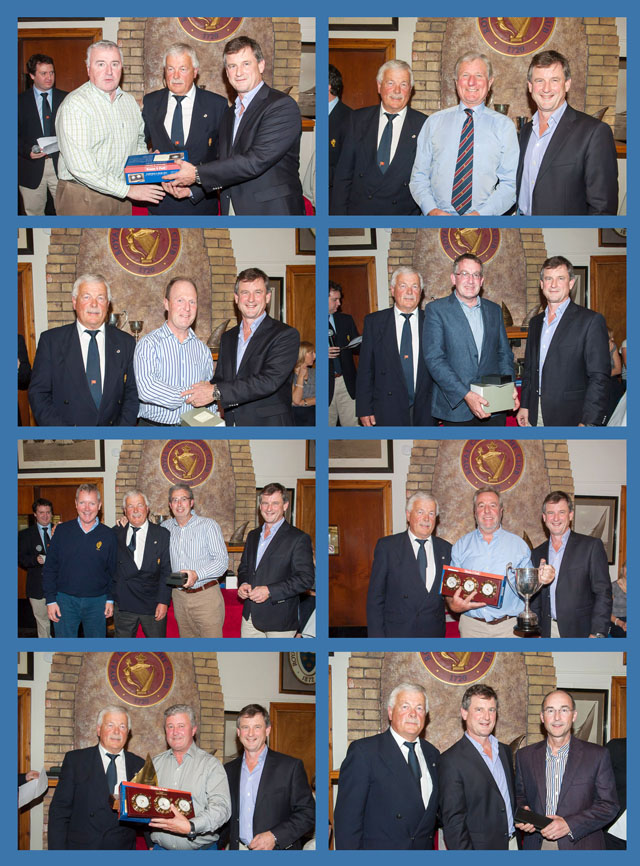 Now to the evening of pure enjoyment, camaraderie and the chance to chat with many old friends.  It is quite a fair while  since we have enjoyed such an evening at the Royal Cork.  For whatever reason last night turned into something very special.  The club was jointed and I don’t think it would even have been possible to get space for a fly on the roof. It was the Royal Cork at its best as remembered by so many people.  No wonder Admiral Peter Deasy had a beatific smile on his face as he went among the tables greeting everybody and being met with beaming faces and indeed comments from  all about the wonderful meal which was outstanding and compliments to Anthony McCann and to the chefs for the evening who had prepared such a sumptuous repast.

Then to the eagerly awaited prize giving.  As usual the prizes provided by the Sponsor CH Marine were excellent and received by the lucky recipients with great delight. Ronan Enright, Rear Admiral Cruisers did his usual brilliant job on handling this part of the event and  also, sadly for the club, announced his retirement from this onerous office at the end of his current term.  There is no doubt he will be greatly missed and whoever fills his shoes will have a hard act to follow. Hopefully, his talents will not be lost to the sailing scene. Sponsor of the event, Nick Bendon, of CH Marine also spoke of how pleased he was with the event and thanked all those involved for their hard work in making the event the success it was and singled out Miriam McMahon for all her efforts before and during the League.

Barry O’Connor, Commodore of Waterford Harbour Sailing Club also spoke briefly but eloquently about their new pontoon and slipway and the welcome that visiting yachtsmen would receive and those who are just passing through by road would always be most welcome to come and enjoy the facilities. The Raiders from WHSC have been faithful supporters of the Autumn league for many years and have enjoyed many successes.

Thus ended the formalities of a most enjoyable evening.