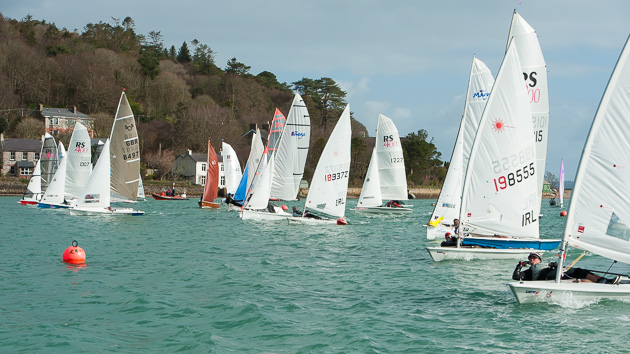 What a magnificent spectacle the 31 boat PY500 (Portsmouth Yardstick) race turned out to be this morning. The sun was shining and there was a Westerly breeze of some 15 knots lightening slowly during the race.  The course was Windward/Leeward around laid marks and consisting of seven rounds. Due to the many boats participating and the different speeds involved there were officials in position at each mark to record each competitor rounding for each of the seven rounds.  Due to the location of the course up and down the river outside the club magnificent spectator viewing was provided for the large numbers present.

There were many boats from different classes represented and they certainly  provided  spectacular viewing.  The representatives were from National 18s, 505’s, RS 400, RS 200, a lone Finn, Fevas, Fireflies, Lasers of all rig types, a Rankin and the star of the show, a 29er that charged around the course showing such style with a fluorescent orange Geniker.  Spotted sailing an RS 200, with his wife Heather, was Sean Craig from the RstGYC. Also sailing  from the RCYC‘s own club boats were two Topaz, a Magno and an Omega.  In between all this flying action there were Optimsts, 420s and 1720s  all  setting out for training and all in all there was a tremendous buzz in the club. 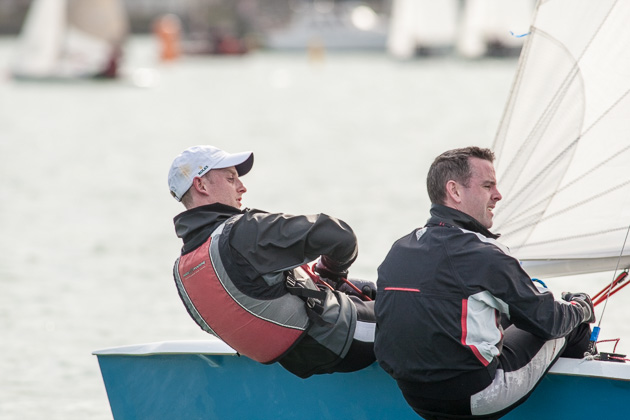 It must have made interesting and delightful viewing in the lovely conditions for the members and friends arriving for Sunday lunch at the Club’s Globe Restaurant.

All credit  due to the organisers and so obviously successful and enjoyable they might consider a repeat performance.