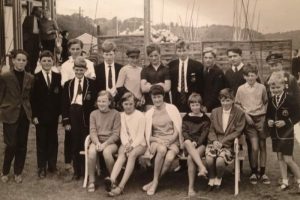 This post is a follow up on WbW#6 where Larrie Martin beautifully described his long career as an Oppie Parent. In it we unscientifically examine the changes to the way Junior Sailing is approached and try to illustrate with photographs from 2007 and some 40 years earlier. 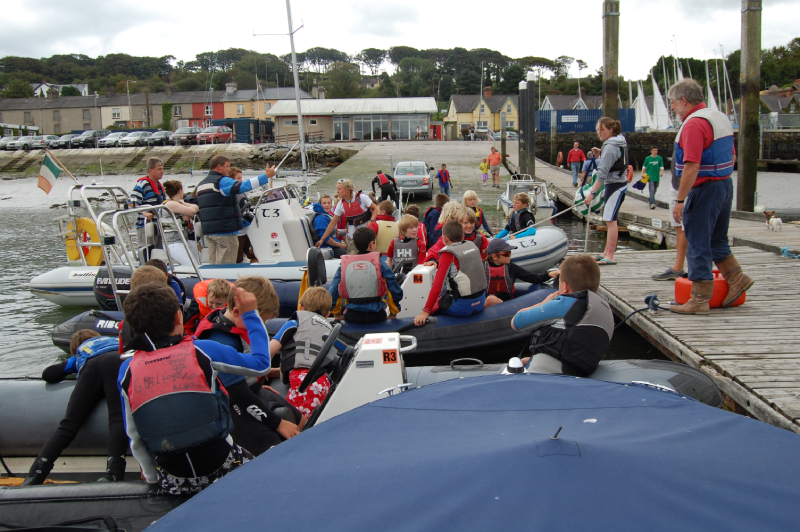 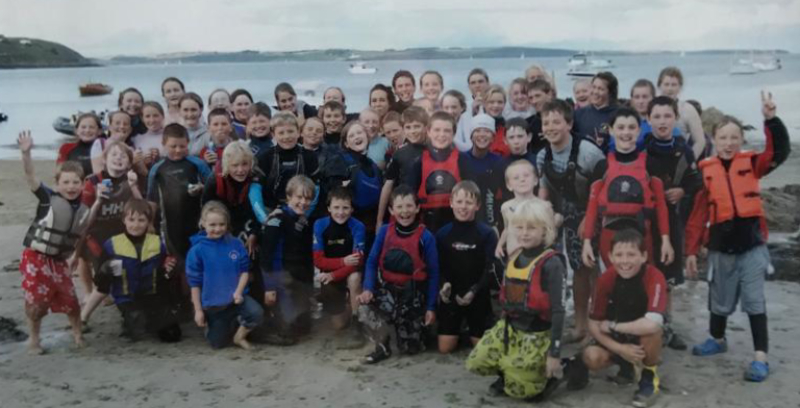 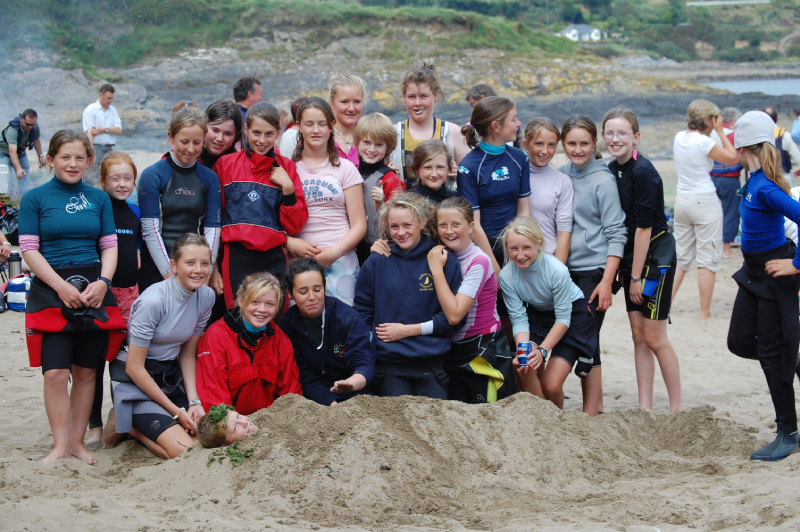 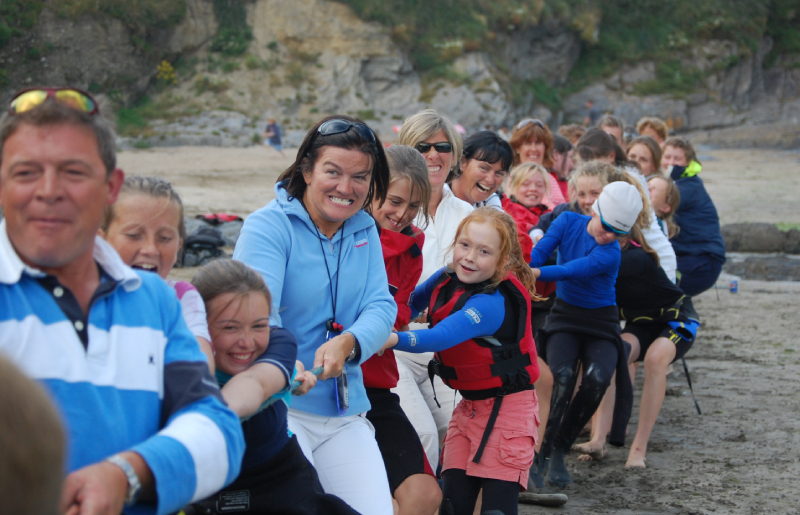 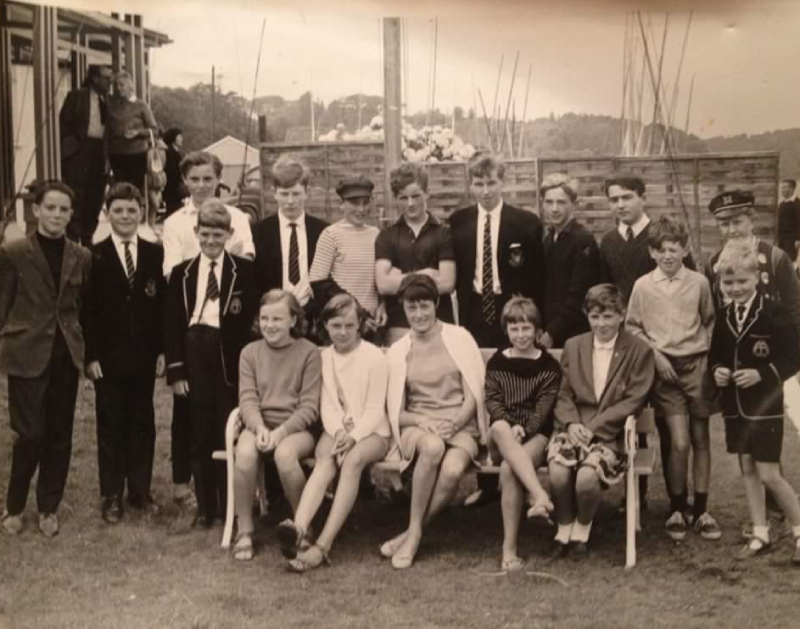 This is Junior sailing late 1960’s style. We think we have identified all the cadets. Seated: Jane Cudmore, Susan Cudmore, Mary Doran, Jackie Payne, Ria Lyden. Standing: Anthony O’Leary, John Delap, Jonathan Coe, Dave Delap, Dave Curtin, Eddie English, Clayton Love Minor, Peter Kennedy, Finn Lyden, Johnny Lyden, Garry Sullivan, John Dunphy and the same John Cudmore as in the previous picture. Cast your eye toward the adults standing to the left in the background. She holding her gin and tonic and he appears to be engaged in gentle conversation, both clearly disinterested in the happenings on the lawn in front of them. And in front of them the sign which remained in place until the mid eighties which forbiddingly announced – NOBODY UNDER THE AGE OF 18 BEYOND THIS POINT

WayBackWhen is being published as a regular series in the run up to the Cork 300 celebrations next July. The publication team are interested in photographs and articles showing the life of the club in living memory and are inviting submissions at this time.  A number of members have already kindly agreed to write articles on specific subjects like this recent one, WbW#6 – The Oppie Parent, by Larrie Martin. If you have items of interest or a good story that fits the theme please make contact through 0ffice@royalcork.c0m