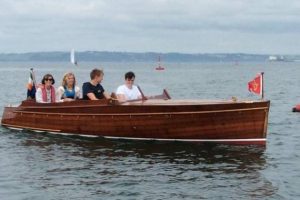 This months calendar picture is the classic clubhouse view. We have some entertaining and informative extracts from the memoirs of it’s architect, his vision for club development from the late ’60s, and a little background to the first club amalgamation in the river….. 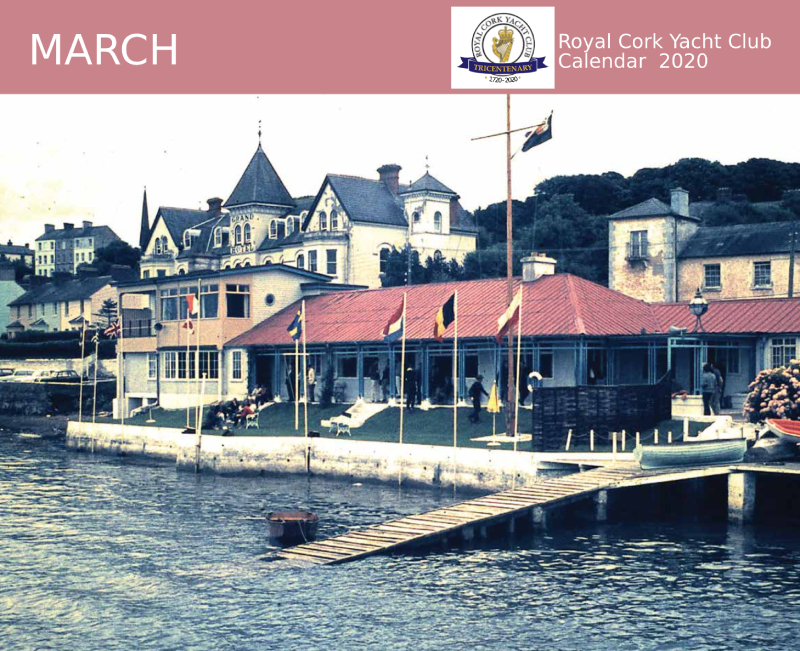 Dick Lane’s photograph of the clubhouse in the early 1970’s is the March calendar picture. The building was constructed in 1923 as “The Cork Harbour Motor Boat Club” according to it’s architect Jim Buchan (1900-1992). The club archive holds a 17 page memoir of his called “The club in the creek” which has a lot of facts and entertaining anecdotes. The first extract below is self explanatory….. 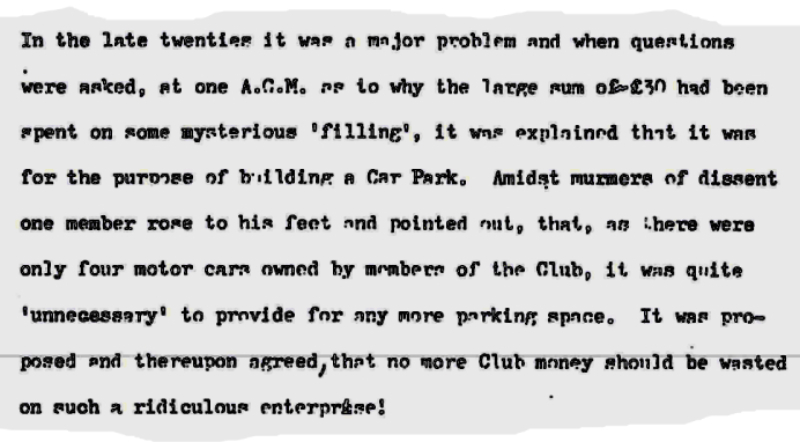 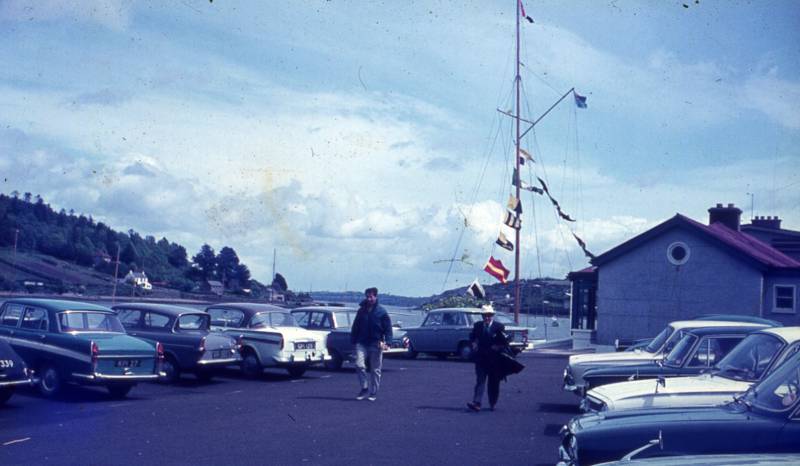 Clearly the car park eventually got built! This is the view circa 1970 looking east….

…. and looking west. Dinghies shared the car park as the club grounds ended just beyond the old cadet room building. 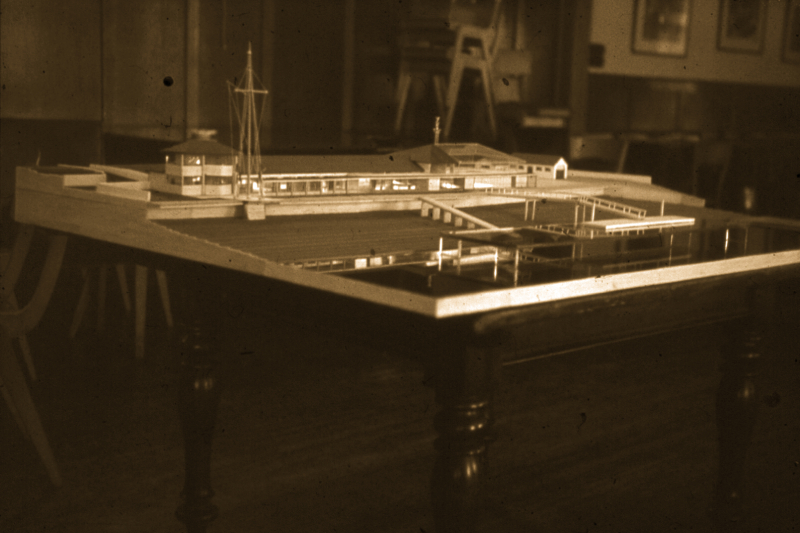 What might have been. This appears to be a very large model of how the club might be developed and we are confident that it can be dated between 1968 and ’72 judging by the inclusion of the new pontoon . It shows what we think is a new large event room in the car park and the retention of the picturesque old clubhouse exterior.

And here is what happened to that plan in 1977, less than 10 years later. Buchan was still the architect so we guess what changed were flag officers and committees! Anyway – that’s enough of a poke about long term planning where members hold office generally for shortish terms. Back to Buchan’s memoirs – below he is explaining why the club house of 1923 is being built for a club named “The Cork Harbour Motor Boat Club”! 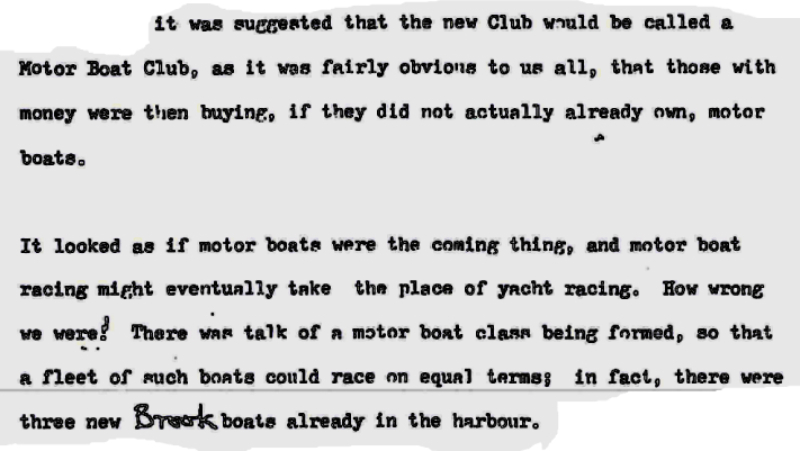 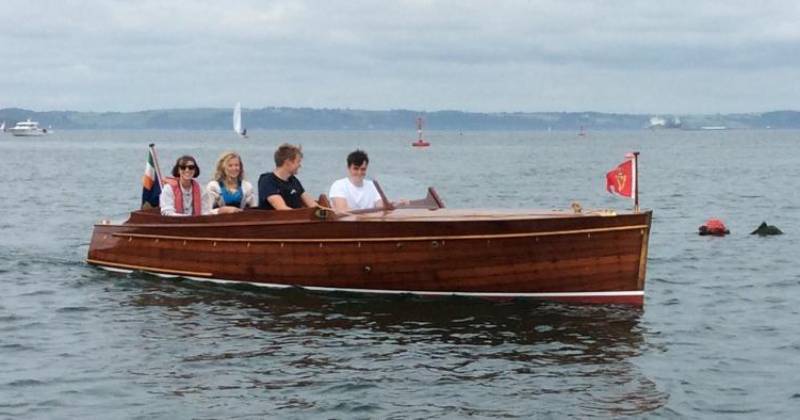 Perhaps one of the three Brooke boats being referred to by Buchan above. This boat is a Brooke from the early 1920s which has been in the Roberts family for over 60 years. Here she is in 2017 with Mairead, Julianne, Grattan and Richard on board. But this is a digression – the new clubhouse very quickly became home to the Royal Munster Yacht Club as Buchan relates below… 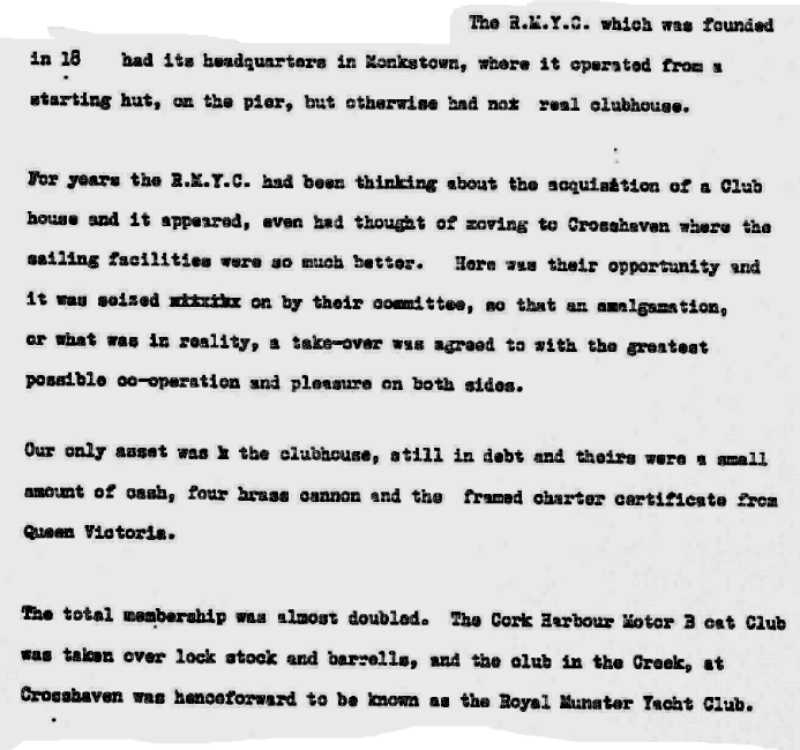 The merger of the Royal Cork and Royal Munster in 1968 has been well documented by others elsewhere – suffice to say that this further merger has also been an enduring success and allows us to celebrate the Royal Cork’s 300th anniversary in July. 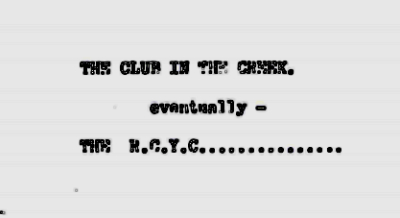 These memories of Jim Buchan are from 1988, just four years before he died at the age of 92. The document is signed by Jim with the note “talking to Craig McKechnie”. We would hope to bring more of this document alive over time as it is rich in both detail and anecdote.

WayBackWhen is being published as a regular series in the run up to the Cork 300 celebrations next July. The idea is to bring to life the rich history of the Royal Cork through stories and memories from the lifetime of the current membership while being relevant to today’s club. The publication team have been delighted with the level of engagement and help that they have received from members since the first post some six weeks ago. We are slightly overwhelmed with the volume of material coming our way and promise to try to do it justice over the coming few months.

2 Responses to WbW#12 – The March Calendar