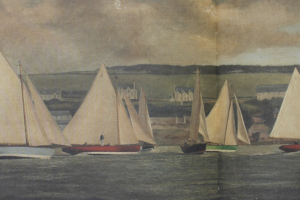 The Royal Cork and the One Designs – here club member and current Elsie owner Pat Dorgan outlines a brief history of the class and today’s state of play with each boat.

The history of the Cork Harbour One Design class is very well known. The principal sources are the History of Yachting in the South of Ireland by “Corinthian” published in 1908, and the very extensive subsequent account of the rise and fall and rise again of the class in Alicia St Leger’s History of the Royal Cork Yacht Club, published in 2005. Further useful information is also to be found in Fast and Bonnie, May Fife McCallum’s history of Wm. Fife and Sons, the naval architects.

Corinthian records that in 1895, an informal assembly of yachtsmen met at the Imperial Hotel, Monkstown, and subsequently at another meeting in the Victoria Hotel, Cork and a syndicate of five individuals subsequently contacted William Fife, the famous Scottish yacht designer, from whom the design was obtained.

A contract was entered into with the Carrigaloe Gridiron and Works Company for the construction of five boats for the sum of £79 10s excluding sails and fittings. When the five boats were built, the owners drew lots to be allocated their boat.  Mr Gubbins called his Little Devil and painted her vermilion; Mr. O’Sullivan, Maureen painted maroon; Mr Julian, Minx painted black; Mr. Fowler, Querida, painted blue; Mr Hallinan, Elsie painted green, and Mr Allen, Bunyip, painted yellow.

The five boats raced very satisfactorily in their first season and the closeness of the racing caused much excitement. Handling and rigging issues led to bowsprits and a jib being added during the course of the first season, which produced a marked improvement in the steering. Later in 1896, Mr. Crawford and Mr Beamish Morrison applied to build boats. These were Colleen and Imp. Subsequently, a Mr Fowler placed an order for another boat, Jap, but as he altered her deck plan there was discussion about allowing him to enter the class. Ultimately, he was admitted in, but the boat was found to be much slower than the others.

However, after a strong start, as is frequently the case, enthusiasm waned after a few years, and Corinthian noted that in 1908, only one of the boats had left the harbour, there were eight left and he noted that “if some judicial system of handicapping was adopted, they might yet give good sport”.  However, clearly by the early 1920s, matters had improved, and the final boat in the class, Betty, was built in the Fisheries School at Baltimore for Thomas and George Crosbie. 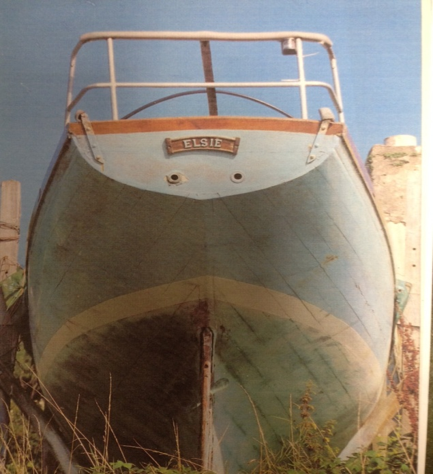 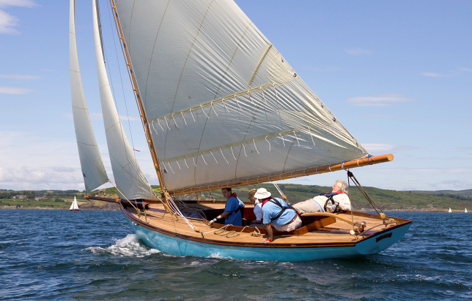 Throughout the ensuing decades, the One Design class formed the backbone of racing in the harbour until the late 1950s. Some of the boats were renamed – for example, Bunyip was renamed Sybil. The boats, like girlfriends, changed hands quite frequently between existing owners and new owners and there is hardly a name associated with sailing in Cork Harbour who was not the owner at one stage or another of one of the One Designs.

However, by the 1960s, the continuance of the class was coming looking doubtful. The boats were now very old, the pressure of the very large rig placed heavy loads on the hulls. Glassfibre boats, with their minimal maintenance were becoming more popular, and in a effort to keep the class intact, some owners planned to upgrade their boats by changing them to Bermudan rig and adding cabin tops to turn them into pocket cruising yachts.  Sybil and Maureen were amongst the first to convert in this way, and add modern Bermuda rigs, rapidly followed by Minx, Jap and Cygnet.

The late 1990s, Querida was one of the first to re-convert to gaff rig, her metamorphosis being largely based on the very accurate builder’s model in the possession of her owner, George Radley. In quick succession, Clayton Love Jnr. had Jap restored in the UK; Maureen, which had been cut almost in two by a speeding pilot boat in the harbour, was rebuilt by Hegarty’s and Castlepoint Boatyard in her original configuration; Elsie, having been largely burnt out by vandals while ashore in Carrigaloe, was restored by Mark Bushe, and finished by Castlepoint Boatyard for the author, and Minx was restored by George Radley and the author.

And so, at time of writing, the current state of play is as follows:

C2, Elsie, is back in Castlepoint Boatyard for a wash and brush up and will be afloat later this year.

C4,  Jap, in quite an extraordinary turn of events, after many years on the south coast of the UK, has been donated by her owner to the Royal Cork YC, and will also be sailing in Cork this season. 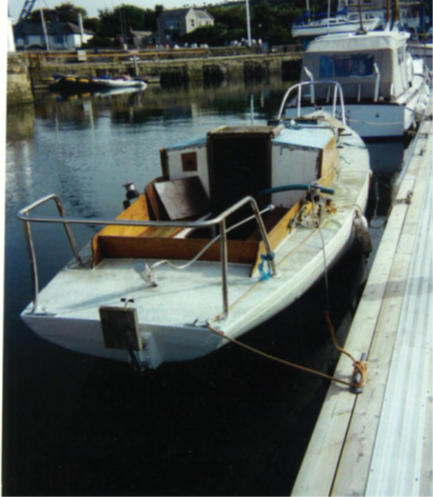 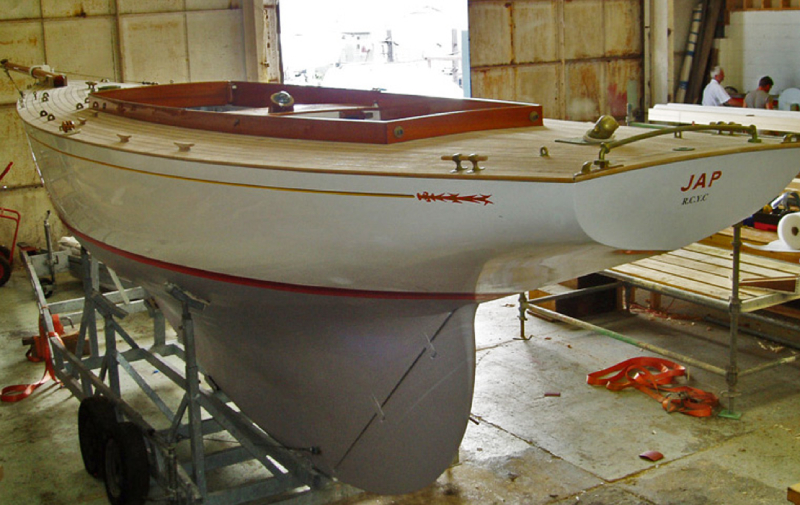 C5, Cygnet, now returned to her original name of Little Devil, has been magnificently restored by Castlepoint Boatyard, and only awaits paint, varnish, rig and sails and hopefully may also be seen afloat soon.

C6, Maureen, belonging to the Horgan family, will be sailing this year.

C7, Minx is also fully restored, and likewise only requires rig and sails, if a buyer (and the asking price is modest to the point of embarrassment) or charterer were to emerge. Her sheer and bow profile seem to be slightly more elegant than her sisters, and with her black paint, she is perhaps the most striking of the fleet.

C8  Querida, will also be sailing this season.

The other four boats built, C1, Colleen, C3 Imp, C9 Sybil and C10 Betty have all unfortunately been lost or destroyed, albeit that the position of Sybil on the seabed in Kinsale Harbour is known and, who knows, she may rise again someday. 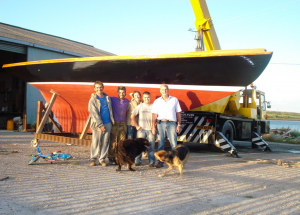 C7 Minx re-emerges in all her glory…

Hopefully, 2020 will be another great season for this venerable class. It is often forgotten that, unlike many other classics, these boats were designed, by one of the masters of his craft, as pure racing boats. They are fast and responsive, and, with their enormous rigs, exciting and sometimes challenging to sail. With their low freeboards, one is close to the water, and running in a fresh breeze, with the near 30′ boom squared away, is an experience never forgotten.

The Fife Dragon – the trademark of boats designed, and built, by William Fife III

WayBackWhen is intended to be published as a regular series in the run up to the Cork 300 celebrations next July. The publication team are interested in photographs and articles showing the life of the club in living memory and are inviting submissions at this time.   A number of members have already kindly agreed to write articles on specific subjects – this article by Pat Dorgan is the first and others will follow in the coming weeks – if you have items of interest or a good story that fits the theme please make contact through 0ffice@royalcork.c0m

8 Responses to WbW#2 -The Cork Harbour One Designs