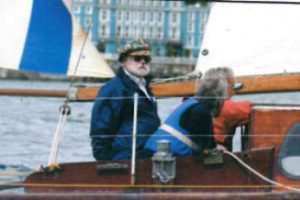 In one of the Royal Cork yearbooks there is an article about a yacht that has been in continuous use on Cork Harbour since 1936.  This led your WbW team to wonder if this is a record or whether others could lay claim to the title. So we went investigating… 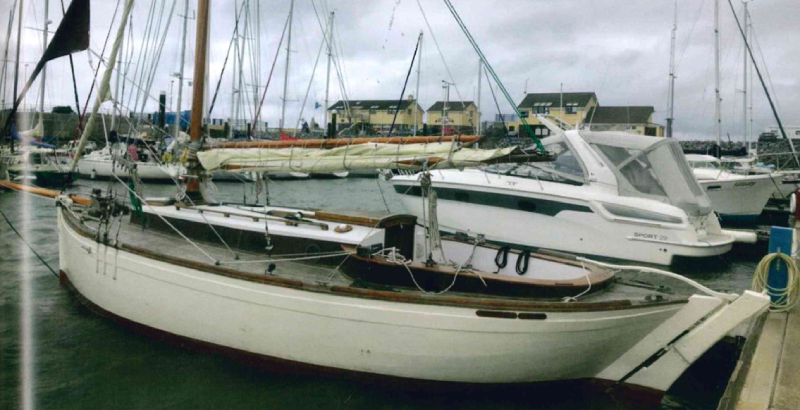 Let’s start with Cruachan. Originally built in 1896 (the same year as the first Cork Harbour One Designs) she came to Cork in 1936 and apparently hasn’t missed a season since. Here she is in Fenit during her cruise last year to her birthplace, Ardrishig on the Crinan Canal in Scotland. She has been in the Hyde family since 1962. 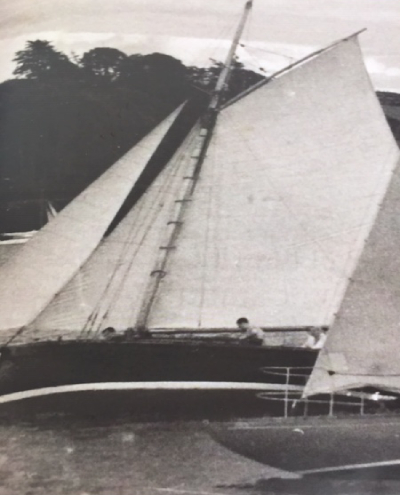 Although she was not designed for racing (unlike the CHODs) she certainly was raced – here she is in the 1950’s with what looks like an 8 metre on her windward quarter.

Apologies for the poor quality of this one – moored behind Cruachan is the Bunty – another yacht that was racing in the harbour up to the 1980s. 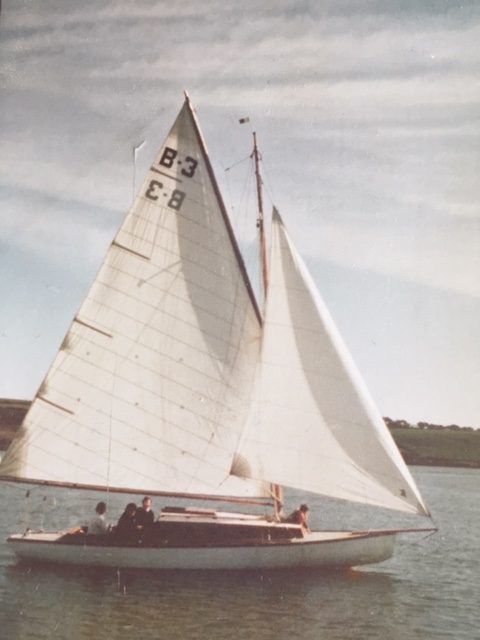 A clearer pic of Bunty – we are not sure of her pedigree or indeed what has become of her since. Note the B on her sail as both she and the next boat of interest have that in common. 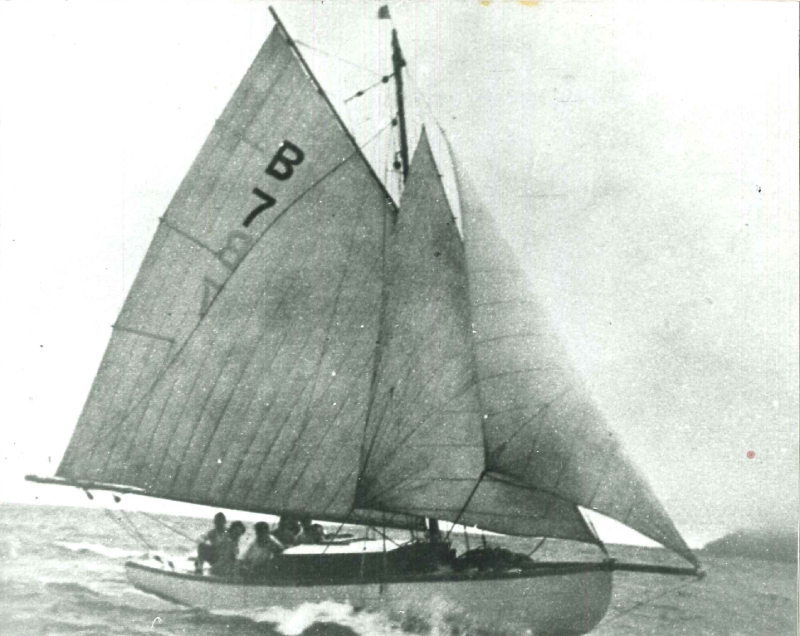 Also in the B class – this boat is the Lady Min. She was built in 1902 in Dreenatra, Schull by Maurice O’Keeffe, and was raced in the Harbour by Jack O’Driscoll of Ringaskiddy from 1944 up to 1990, i.e. 46 years by the same person. 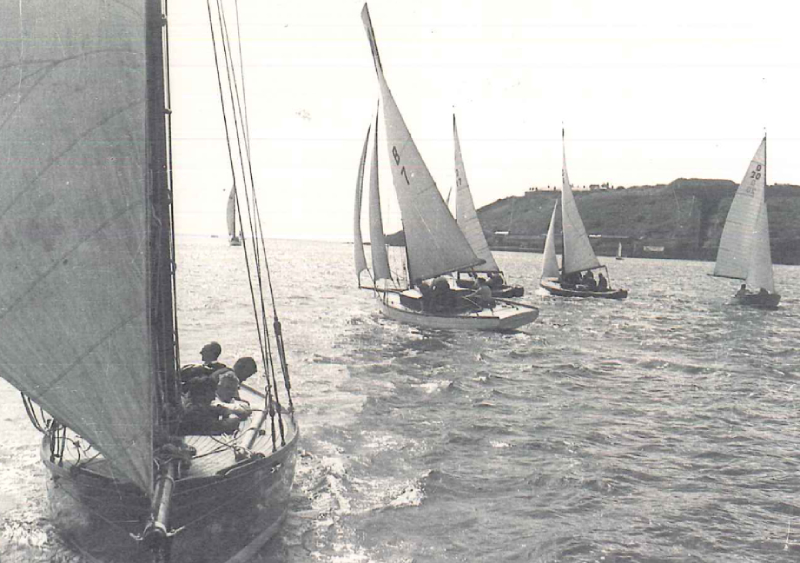 Here is Lady Min in a mixed fleet near the grassy walk line – date unknown. What is known is that she was an extraordinary powerful boat which remained competitive even against modern 1980s boats. Her design in 1902 by O’Keeffe is thought to have be inspired by the boats of the famous American yacht designer Nat Herreshoff.

Lady Min currently is undergoing restoration in Ballydehob for Simon O’Keeffe, great-grandson of her original builder and owner. The extraordinary video above was done by Pat Tanner for Simon three years ago as part of the job of getting her lines onto an accurate drawing and is well worth a peek. On the video you will note GHSC on her transom – she was sold in 1990 to Glandore Harbour and Jack O’Driscoll then continued his racing in Minx – a Cork Harbour One Design. 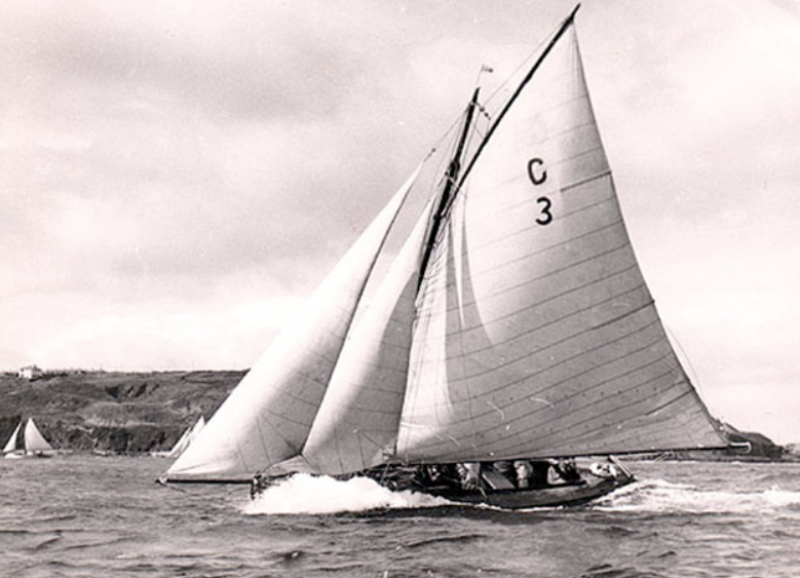 Which bring us to nicely to this picture. The photographer was Thomas Barker of The Cork Examiner, the first full time newspaper photographer in the country, and thus can be dated between 1904 and 1920. It shows Imp in all her glory with her original rig near what is now the No. 3 buoy. 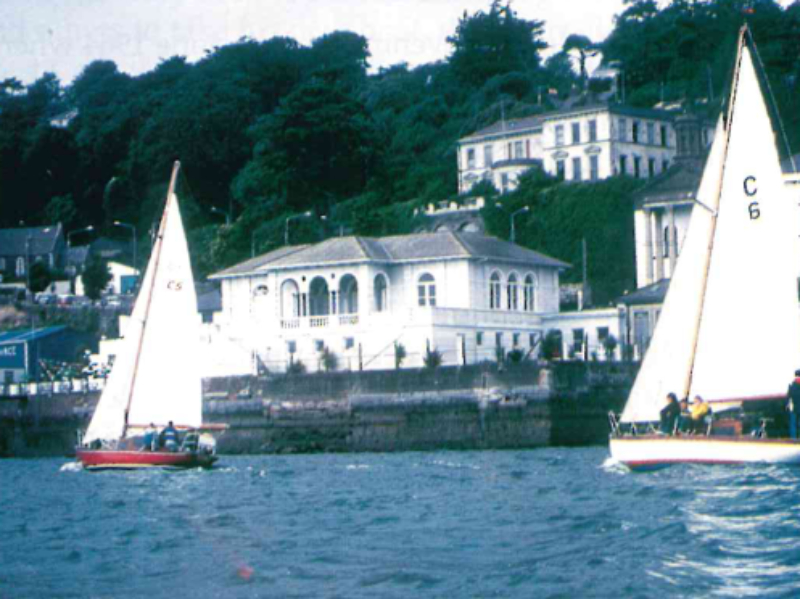 But Imp is not the boat which we think is the longest in use yacht in the harbour. She was wrecked against a pier in Donegal and is lost. This pic is of the centenary race held in 1996. Here off the old Royal Cork building in Cobh, still with their 1960’s bermudan rigs, are Cygnet and Maureen – and it is C6 Maureen that we think might have the greatest claim. 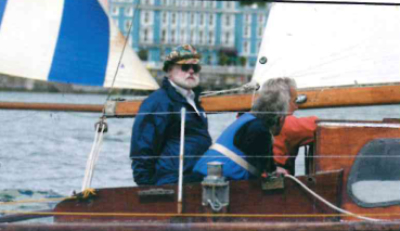 Now in the third generation of ownership of the Horgan family it appears that she has spent almost every season in use in living memory, once we discount the period she was out of commission after her unfortunate argument with a pilot boat in 1998. 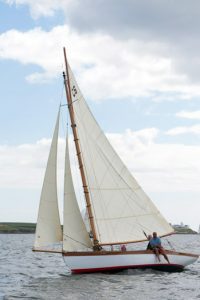 Here she is in her current guise, and we look forward to seeing her participate this year in our Cork300 celebrations next July. Whether our judgement is correct or indeed there is a better candidate for the award we are open to your views. But in any case we should salute her – 1896 to 2020 and counting. 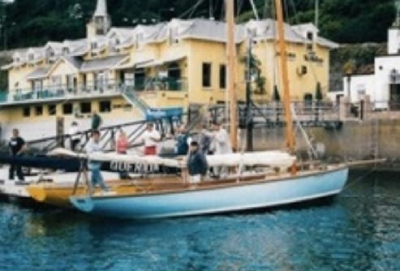 If you would like to hear the story of the restoration of C2 Elsie, as told by Mark Bushe who restored her in the early 2000’s, do come to the club on Tuesday March 10th at 8pm.

WayBackWhen is being published as a regular series in the run up to the Cork 300 celebrations next July. The idea is to bring to life the rich history of the Royal Cork through stories and memories from the lifetime of the current membership while being relevant to today’s club. The publication team have been delighted with the level of engagement and help that they have received from members since the first post some six weeks ago. We are slightly overwhelmed with the volume of material coming our way and promise to try to do it justice over the coming few months.

Way Back When – No.10
Volvo Cork Week 2020 Attracting Entries From Around The World