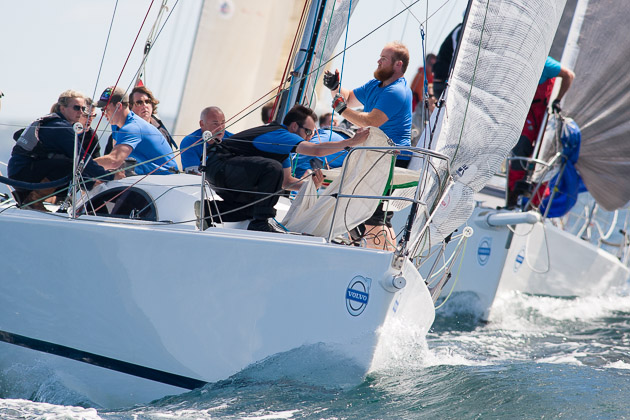 Today’s report on the Volvo Cork Week racing starts with a look at Fleet B on the windward/leeward course. This fleet includes the Sportsboats and Classes IRC Three, Four and Five. It was a much quieter day on the water with nice sunshine and wind at 340 degrees about 10 knots and was a day for sun cream and protective wear from the sun. After a short postponement waiting for the wind to stabilise racing got under way and despite some jostling at the pin end the fleet got away cleanly. In Class Three Pat Kelly’s Storm, who is enjoying a great regatta so far, got clear air to get away but Ian Nagle’s Jelly Baby was not so lucky going for the pin end and got blocked. Storm has now clocked up three wins and a fourth but it is Paul O’Higgins’ Rockabill, the Corby racing machine, is on the water leader. However, after the TCF is applied she is lying second to Storm. Rob McConnell’s Fool’s Gold the A35 from Waterford is now in third position. 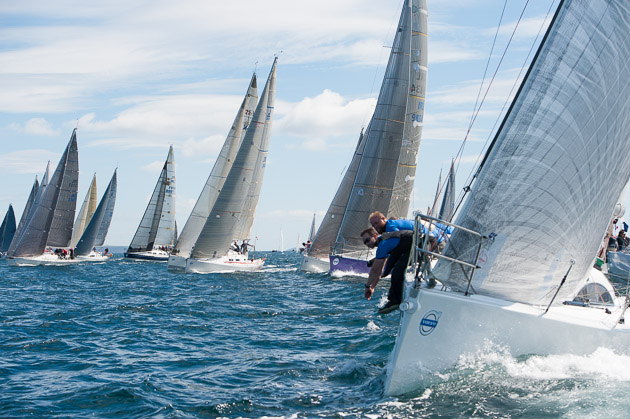 Moving on to Class Four Royal Cork’s Paul Tingle enjoyed a superb day of sailing. He is fast getting to grips with his Corby 25 Alpaca. His two wins today and a second, resulted in his move to the top of the leaderboard in the class. The invader from Cornwall, Tim Cunliffe in his half tonner Insatiable, finished the day by pulling a win out of the bag and that places him just two points off the lead. Royal Cork’s Ronan Lyden scored two seconds in his Corby 25 Aurora and now lies third in the class. 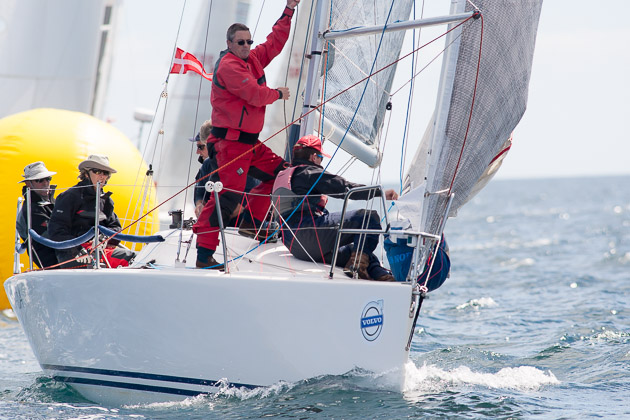 In IRC 5 Illes Pitiuses sporting a new bowsprit won all three races today to maintain her lead in the class. RCYC Rear Admiral Keelboats, Kieran O’Connell in Bandit moved up to second place ahead of Dave Lane and Sinéad Enright in Yagottawanna in their latest J24. 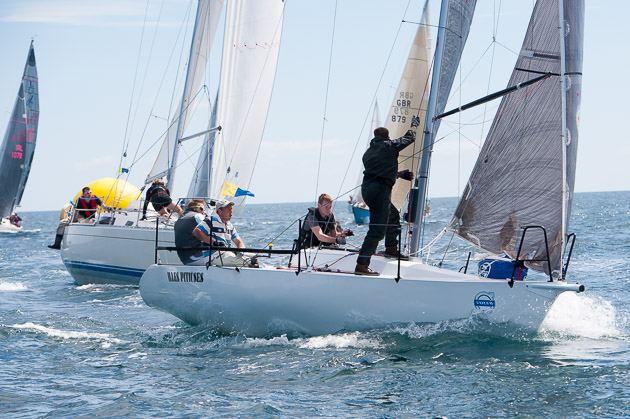 In the Sportsboat Class the battle between the Vipers and the 1720s is intensifying. It looks as if the 1720 has the edge going upwind but the Viper would appear to be faster off the wind especially in a blow. Here Robin and Ben O’Mahony’s Spiced Beef still leads the class with two wins today. Mike Relling’s Viper 640, Viper had their first win of the regatta thus maintaining their second place but only one point ahead of Jimmy Nyhans 1720, Salve Racing. It was nice to observe that the Jones, Horgan, Minogue team from the 1720 Run Lola Run that lost her mast yesterday, had picked themselves up, dusted themselves down and went to sea again today in one of the Royal Cork 1720’s. Well done guys!. 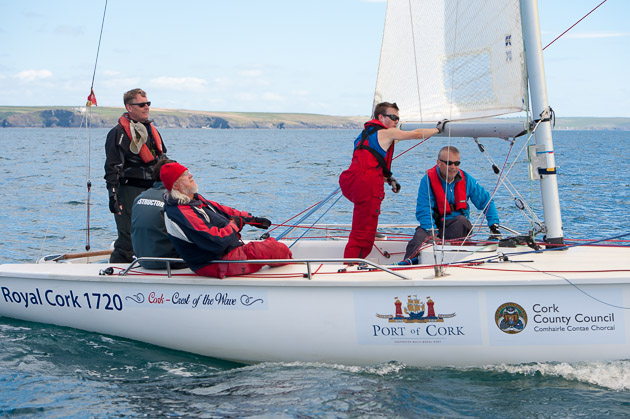 The Royal Cork’s own 1720 put to good use today. Picture Robert Bateman

From the windward/leeward course our next move was to the Slalom course that was sailed close to Morris Head on the western shore. Having sailed one race in 10 knots of breeze, the on the water leader and highest rated boat, Richard Matthews’ Oystercatcher XXX had to give way to Marc Glimcher’s Catapult on handicap. By this stage the wind had dropped and the Race Officer had no choice but to hoist the AP and suggested it was time for the sandwiches!!. Catapult now leads on 5 points with three boats on 12 points each vying to for the next top spot and these are Antix, Oystercatcher and Andy Williams’ Keronimo.

In Class 2 the Boyd/Dowling Quokka is on 7 points with Tony Ackland’s Dark Angel on 8.5 points and Denise and Conor Phelan’s Jump Juice on 15.5 points. 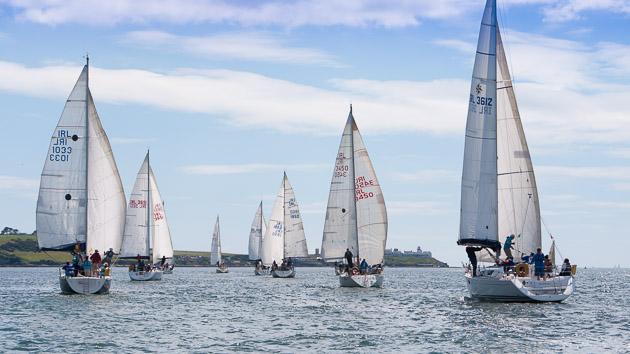 From there we went into the harbour where the breeze was strongest as can happen with a nor westerly, and both Classes One and Two white sail were having really enjoyable racing, one might say in true gentlemanly fashion. Watching them sneak goose winged, rock hopping out the eastern shore, dodging the flood tide and round the E1 buoy off Roches’ Point and then beating back in the harbour with the flood tide under them, they really looked to be having a splendid time. 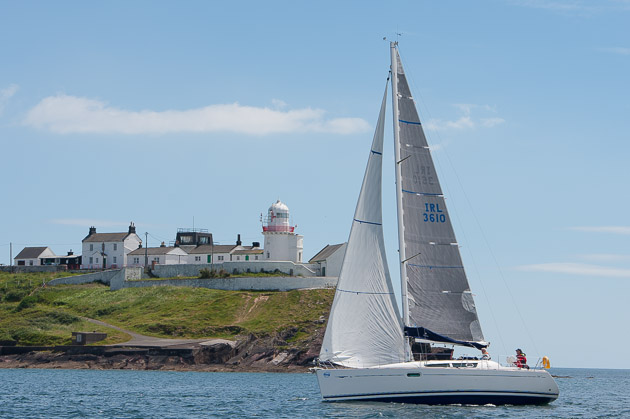 Racing continues tomorrow with FG at 10.55am.