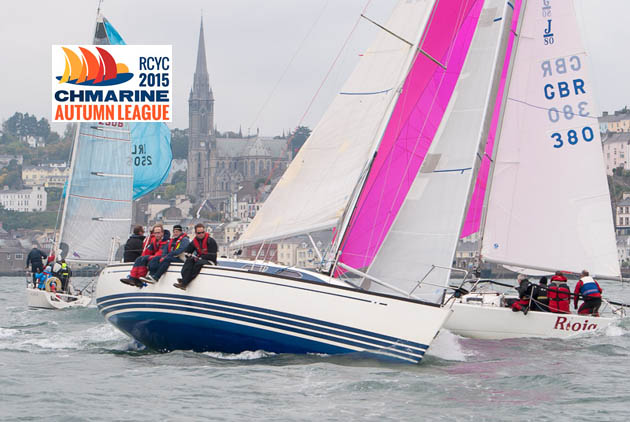 Last week may have produced conditions lulling us all into a mood of ‘A Season of Mists and Mellow Fruitfulness’ but today sharply reminded the competitors of the march on of the season. To day was a grey day with a bite in the wind that came from the E/SE producing 15/20knots with occasional gusts into the mid twenties. Skies were dark with occasional shafts of sunlight but none of this deterred the enthusiastic sailors as they set out all geared up for the weather. 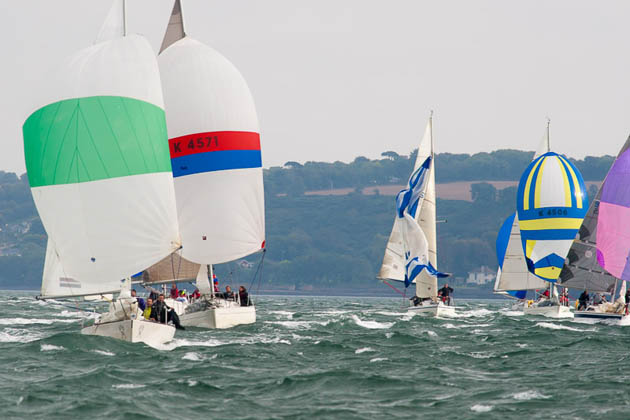 Even as your scribe was heading out for the start there was already a 1720 limping home with a broken mast a sure indicator there might be a few more incidents to come and such turned out to be the case. The tales in the club bar afterwards were stories of crew overboard, torn sails, gear damage and protests. One of the Archambauld 35s was seen to be doing something akin to the dance of the seven veils off the Holy Ground at Cobh, fine girl you are!! 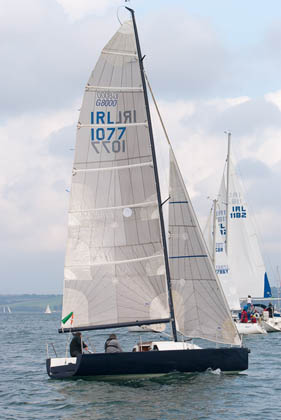 Peter Murray with CSC Commodore Adrian Tyler on board sailing his G8000 made for short handed sailing with self tacking jib and all control lines led under the deck, sailing in White Sail Two.

While heading out the Owenabue River to the start the harbour looked as if there were no seats left in the house. All racing was inside the harbour today due to the conditions so what we saw first on our port side were the dinghy classes with the Optimists, Toppers and Lasers. Looking ahead one could see the 1720 fleet all on starboard tack as they headed off on their first race of the day and on our starboard side we could see White Sail One and Two and Class Four heading for the Corkbeg mark and looking further in the harbour were Classes One, Two and Three. To complete the picture we had the Irish Lights Vessel Granuaile down off Spike with the Naval Service L.E James Joyce close by and finally to complete the scene a large oil tanker tied up at Whitegate. 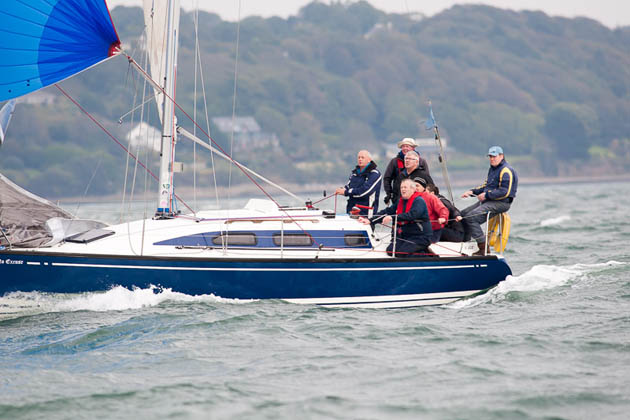 No Excuse enjoying the conditions and scoring two wins today

All in all it was an extremely busy day for all the willing volunteers who help with the running of the events, the working out of handicaps and all that is necessary for the smooth operation of racing.

There was a short sharp sea as there was an ebb tide going in the opposite direction to the wind making for exhilarating racing if a little uncomfortable for some of the smaller boats at times. A full complement of racing was achieved for the day and so far four races have been held in the CH Marine series and racing will continue next Sunday 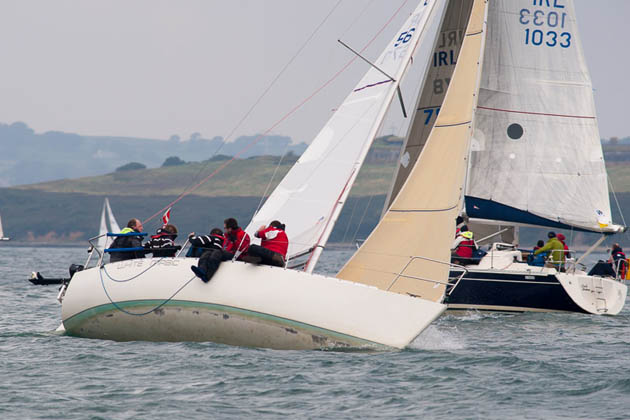