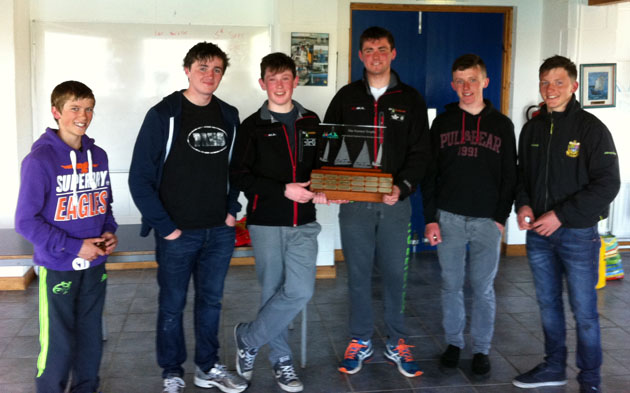 A perfect day, an easterly wind of 10 to 15 knots and not a cloud in the sky,

Two round robins were sailed, consisting of 44 races, with all teams racing each other twice.

The top two teams at the end, on equal points, were Presentation Brothers College, Cork, and Schull Sharks and It was decided to run a final best of three to sort out the National Championship. At the end of these three races PBC 1 with a score of two wins took the Championship.