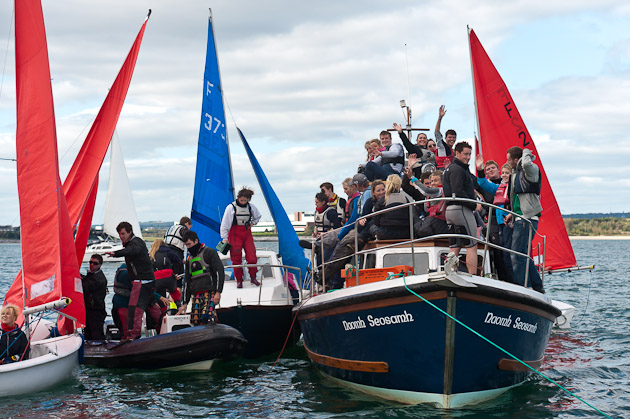 Adding to the buzz in the Royal Cork Yacht Club to day (Sept.29th) was the celebration of UCC’s Sailing Club 40th Anniversary that took the form of a celebratory Regatta and Dinner with all proceeds from the event going to the Joe English Trust. 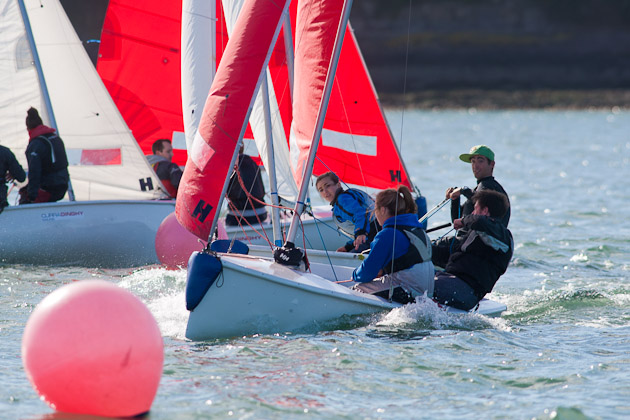 The Regatta consisted of 3 vs 3 team racing in Fireflies provided for the racing and the six person teams had to be made up of at least four alumni or present UCC students.

A dinner will take place in the RCYC this evening at 7.30pm for everyone with sailors not participating in the regatta more than welcome.