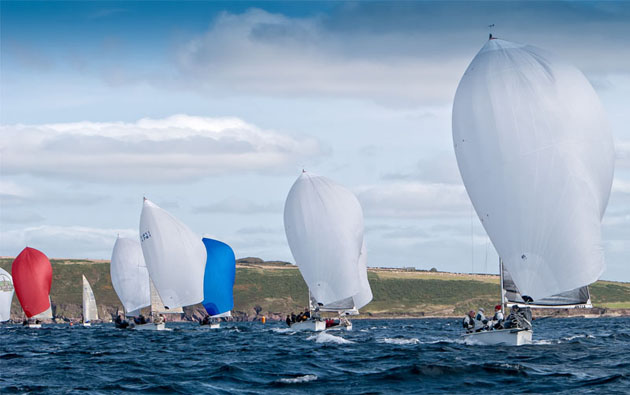 The fleet on a downwind leg during Race 9 of the 1720 European Championships. Pic Robert Bateman

With the 1720 Class celebrating its 21st year of existence it was appropriate that the Class should hold its European Championship in Cork this year.  It attracted an entry of eleven boats and such was the closeness of the competition  one could only feel sorry for R.O. Peter Crowley in distinguishing the order of the finishers.  Nevertheless Neil Hogan’s Micam with Mel Collins on the helm, won the the event and that without having to sail the final race.  The Tom Durcan/Clive O’Shea T Bone with Dave Kenefick on helm was second with current Irish Champion Anthony O’Leary sailing Antix finishing third. 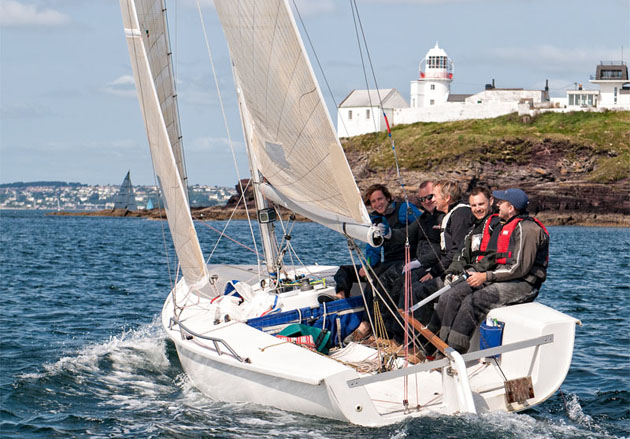 The wind for the three days of racing was predominantly northerly  and this gave generally flat water that all added to the competitiveness of the fleet.