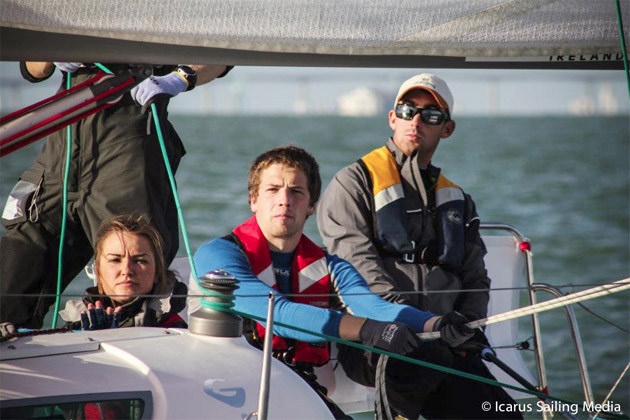 With thirteen races sailed and following many, many protests and long deliberations by the Jury, the results have changed somewhat, putting the UCD crew ahead by twelve points.  This came about when the Irish team suffered an OCS in Race Eight. That decision was reversed consolidating their position at the top of the leader board.  The series consists of fifteen races and with just two to go and a lead of twelve points it looks good but, as we all know, when something goes down to the wire anything can happen. Fingers crossed for the final two races.