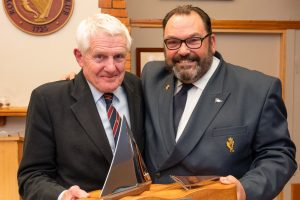 By Communications on November 26, 2021 in Latest

The Flag Officer Past & Present Dinner of the Club held last Friday 19th November saw the addition of a new trophy to the club, the Tricentennial Trophy, gifted by the current Admiral Colin Morehead to the yacht club in honour of its recent Tricentenary.

Colin Morehead,  who shortly stands down following his two year term as Admiral presented the award to its first recipient , Club Archivist Dr T. Paul McCarthy. The trophy was commissioned by Colin from Grant McEwan of Grant Designs, the Malahide based sculptor who has become well known in sailing circles for his beautiful pieces. McEwan had recently produced a number of unique trophies for the yacht clubs Tricentenary At Home Regatta in August of this year and indeed offcuts from these unique trophies were used in the making of the Tricentennial Trophy. 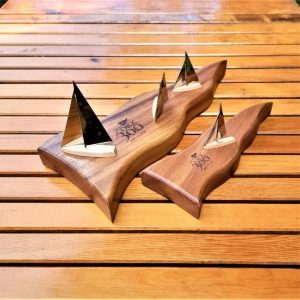 In announcing the award, Morehead read out its dedication to the club which read “ This trophy should be awarded annually to someone whom in the view of the Admiral alone, demonstrates a dedication and commitment to the club and through their hard work, has ensured that many others have benefitted. In announcing Dr McCarthy as the inaugural recipient, the Admiral spoke of the tremendous work undertaken by the club archivist since his appointment two years ago and building on the work of previous archivist Dermot Burns. In particular, the work he has undertaken in retrieving, recording and displaying the vast array of trophies within the club for all members to enjoy. The announcement was received with universal approval marked by a standing ovation from all those present. 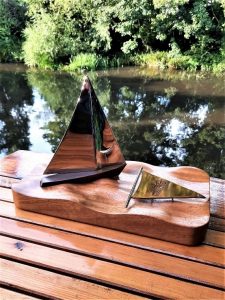