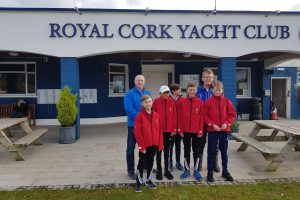 By Craig O'Neill on April 4, 2018 in Uncategorized

There has been much preparation put in by all our sailors ahead of Trials 2018. Some of these preparations included the long-standing tradition of presentation of trials jackets. Pictured over are Darragh and Rian Collins, Emmet Lucas, James Murphy (all first time triallists) and Jamie Venner, with Class Captain Ian Venner and Rear Admiral (Dinghies) Brian Jones. 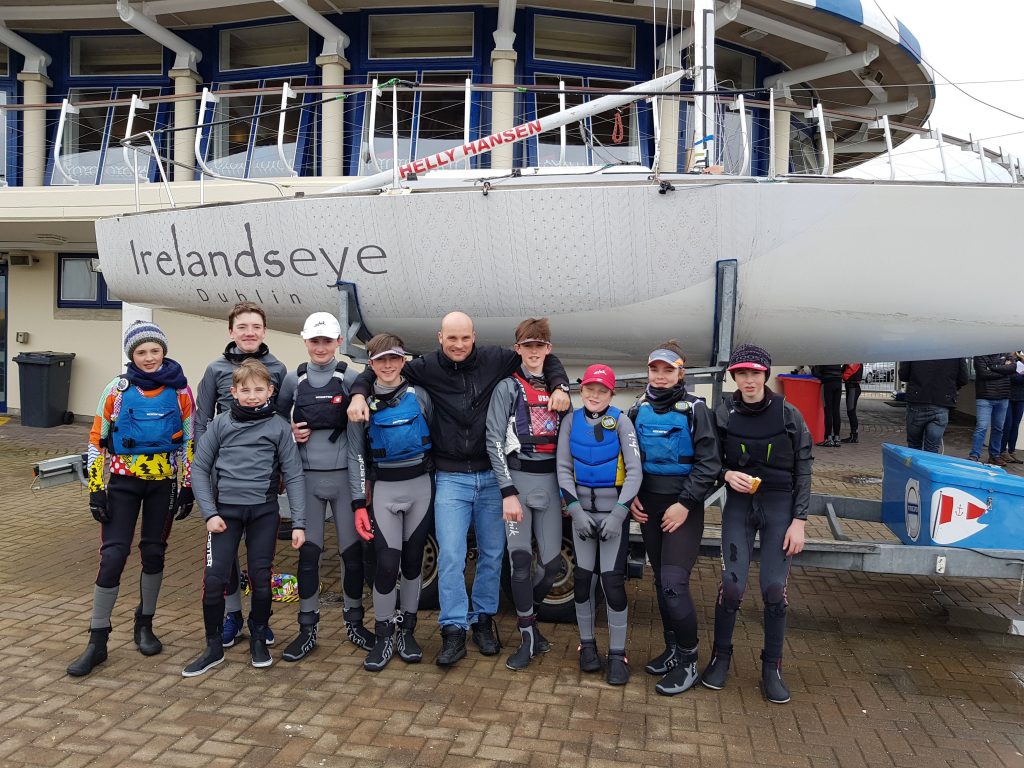 9 of the Royal Cork squad also headed to the Brassed Off Cup in Howth YC on Good Friday. They were greeted with lovely

conditions on arrival, but the breeze lightened off considerably. The first race was abandoned, with our sailors well in contention. The second start proved to be the only race in the series, won by Ben O’Shaughnessy with Michael Crosbie 2nd. Patrick Bruen and Richard McSweeney made the top 10. Also included in the photo are Darragh and Rian Collins, Jamie Venner, Kate Horgan and Eoin Horgan.

Light conditions also plagued overseas events. Justin Lucas finished a superb 2nd at the Magic Marine Regatta in Brassermermeer, with Harry Twomey also well in contention until an early return home. James Dwyer Matthews made the trip to Garda, scoring a 2 and 11 amongst his results. 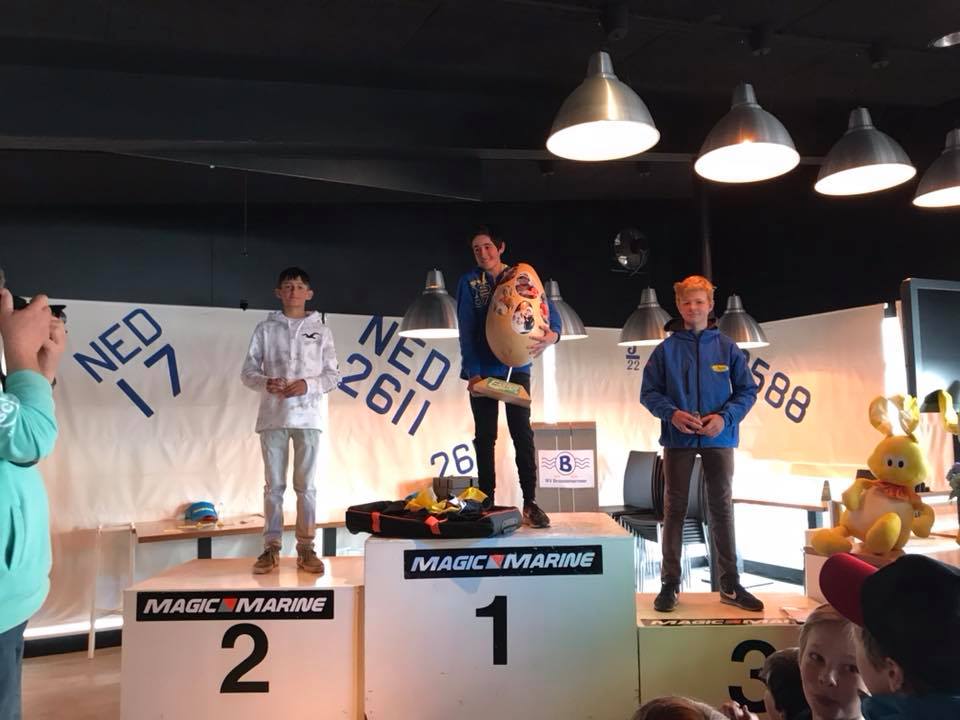 A huge thanks to our coaches, Peter McCann and Eoin Lyden, along with Michal Gryglewski who have put in many long days to prepare our sailors.  Finally, good luck to all our Optimist sailors, and good luck also to the many former Optimist sailors who are challenging for the ISA Youth Nationals in other classes!