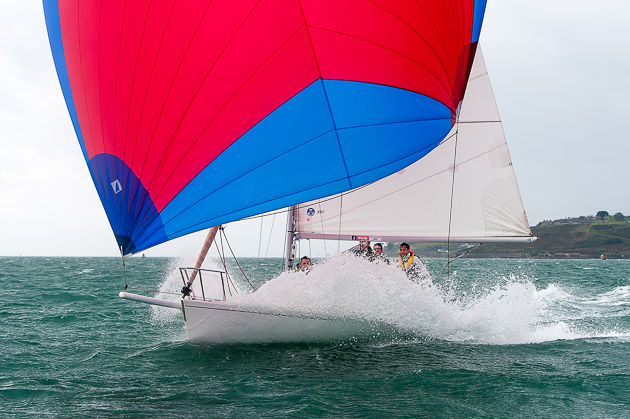 Today luck was on the side of the organisers of the CH Marine Autumn series at Royal Cork Yacht Club as the full quota of races was sailed before the worst of the weather that had been forecast started to come in. There was a calm before the storm as the yachts headed out this morning. When they got out into Cork Harbour  about 12 knots of wind greeted the fleet but during racing as rain squalls were passing through winds rose to about 25 knots and for the final half hour of racing it rose to approximately 30 knots. Luckily Cork Harbour, as always, was available and with RO Peter Crowley in Sparetime anchored off Cuskinny, Classes 1,2 and 3 were given a windward/leeward course while off the corner of Spike Anthony O’Leary in Irish Mist gave an enlarged 1720 fleet a windward/leeward course to a laid mark on the Curlane Bank and David O’Brien went to the Eastern side of the harbour off Whitegate where he was able to set a course round the navigation buoys for Whitesail 1, 2 and Class 4.

It was a day for boats with good beating ability given a very strong 4m flood tide and a south westerly wind. With the very squally conditions being experienced good crew handling had to be at a premium. A number of yachts suffered minor gear failure in the form of broken halyards, torn sails etc., and in the second race it was only the bravest of the bold flew spinnakers and they surely were rewarded with an exhilarating ride for their endeavours. 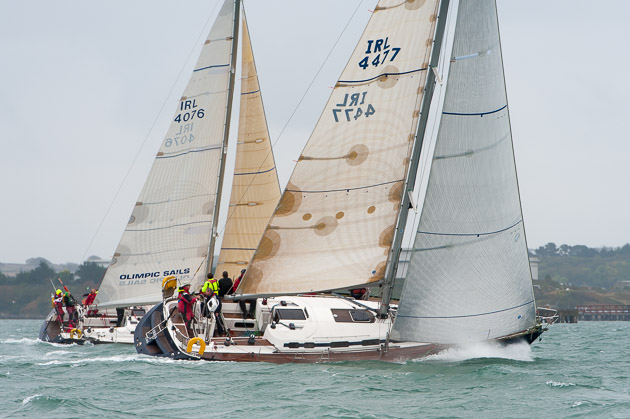 As is usual in handicap racing there are always one or two boats who end up competing with each other on the water and nowhere more so than in the case of Kinsale’s Conor Doyle’s X42 ‘Freya’ and KYC Vice Commodore Tom Roche in his Salona 45 ‘Meridian’. On the water in Race 1 of the day Conor Doyle was leading the battle but in the second race the position was reversed and Freya eventually had to retire with gear failure. However, on handicap there was no stopping Rob McConnell’s A35 ‘Fools Gold’ from WHSC who notched up another two wins in IRC to match his result from Day One of the Series. Ian Nagle’s J109 ‘Jelly Baby’ from Royal Cork put in a competitive performance against Fools Gold but had to be content with the number two spot

Meanwhile the Whitesail 1 fleet went on a course to No. 6 port, E1 starboard, W2 starboard, E4 port, Cage starboard and finish. In today’s conditions Dan Cross in ‘Yoshi’ looked splendid as he was beating out against the tide in the freshening breeze but leading on the water was the more race orientated John Downing’s Samba reveling in the stronger conditions. For the second race of the day David O’Brien reversed the order of the start and sent off Class 4 first and this worked very well. An unusual incident took place when relaying the mark after the Class 4 start of race 2. When the anchor was pulled up it was found to have a cavity block embedded in it!!

All in all it is great to be able to enjoy excellent racing in October and assuming that conditions next Sunday permit even one race to be sailed, there will be a discard applied and we will then see the picture more clearly for all of the fleets.

Racing will continue next Sunday 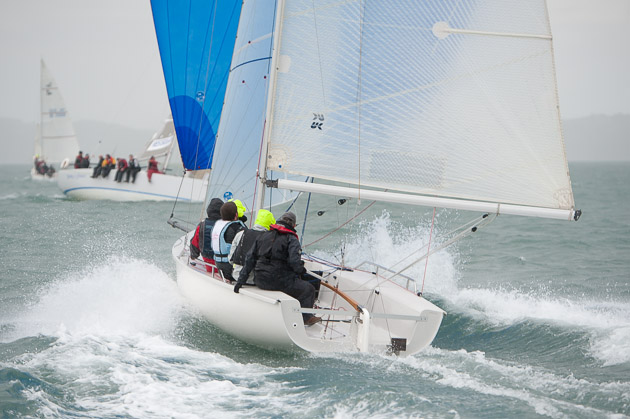 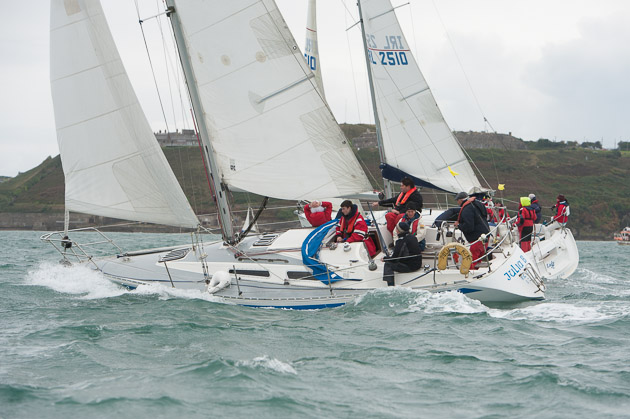 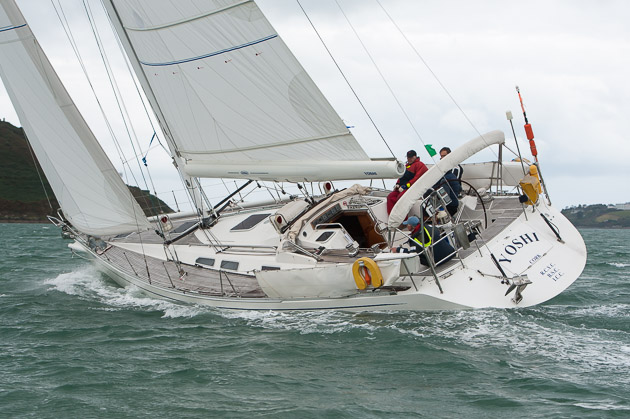 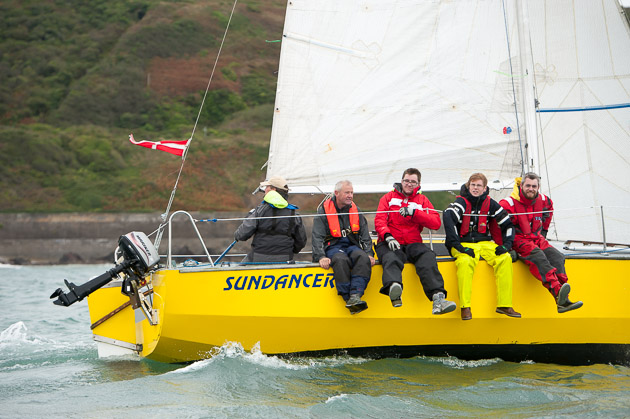 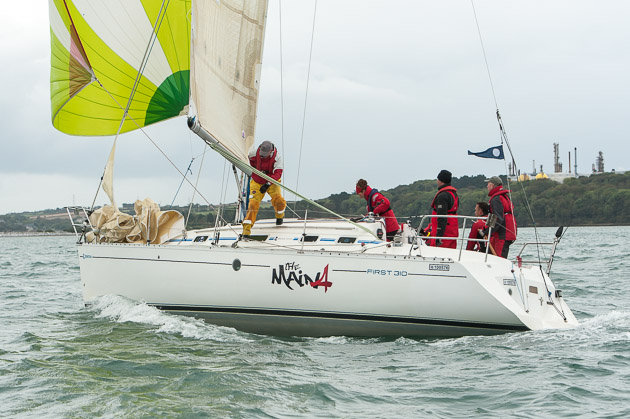 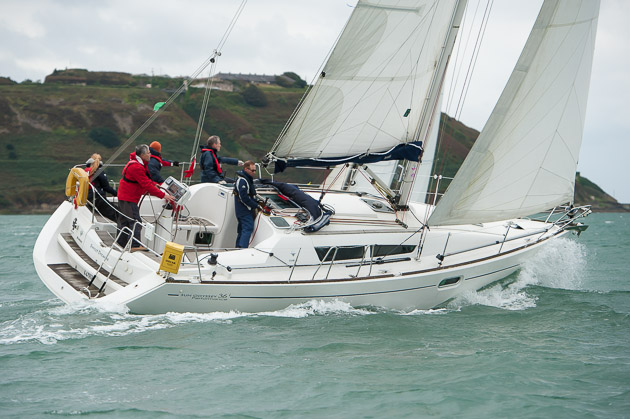 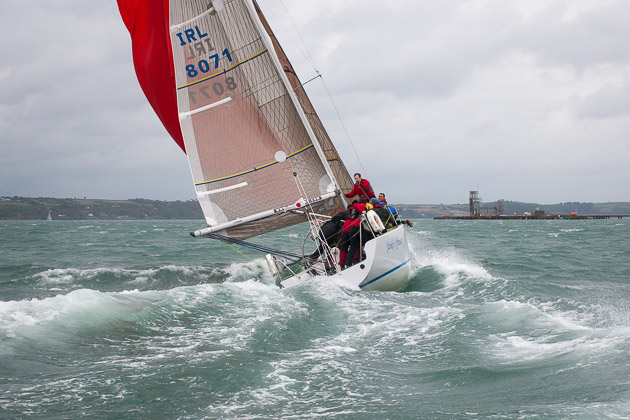