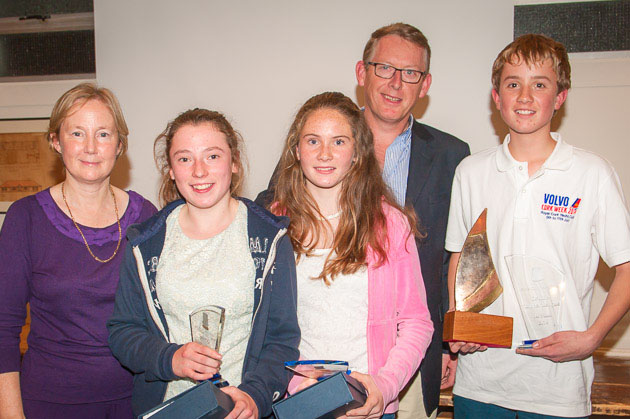 Throughout the summer season at the Royal Cork Yacht Club some new brightly coloured red, ,blue and white sails have been making their presence felt on the waters of Cork Harbour. These are the sails of the Topper Class that is attracting new support very quickly.

Moving up from the Optimist Class has long been a bone of contention for both sailors and their parents as to what would be a suitable step up or follow on boat. This was also a topic with the Irish Sailing Association even going back to the days when it was the Irish Yachting Association.

Young sailors and their parents now have an extra choice with the addition of the Topper Class, that appears to be winning favour very quickly, and has grown to 13 boats in a very short period of time under the guidance of Class Captain Imelda D’Arcy. Sailors in the Topper fleet have enjoyed considerable success throughout the season and we now have sailors in the Club enjoying follow on boats consisting of 420s, Laser 4.7s, Fevas and Toppers.

At the recent Junior Laying Up Supper a new specially commissioned trophy was presented to the winner of the October League. This trophy was designed by Artist Paddy McCormack, at the behest of Mary and Brian Jones, and is to honour the memory of the late Bill Jones, The winner of the first time presentation of this prestigious perpetual trophy was Tom Keal who has very recently moved from the Optimist Class to the Topper Class.