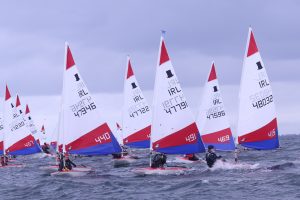 The Topper and Laser 4.7 fleets were coached by three time Olympian and local Ballyholme sailor Ryan Seaton.  In the Toppers, six club sailors raced over the three days with Rob Keal (first) and Conor Horgan (third) on the podium.  There were strong showings also by Ciaran Ryan, Ellie Cunnane, Kate D’Arcy and Aoife Byrne who all finished in the top half of the 32 boat fleet. 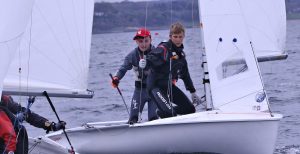 The 420 fleet was as competitive as ever with sixteen entrants. Our own James McCann took the overall honours while sailing with Geoff Power of WHSC. A great result with some very tight racing. Other Club members – Micheal O’Suilleabhain and Michael Carroll were 5th. Credit also to our all girl paring of Sarah Levie and Emily Whitaker who completed the club line up in this fleet.

Thank you to all the parents who helped on and off the water – without your support this would not happen. 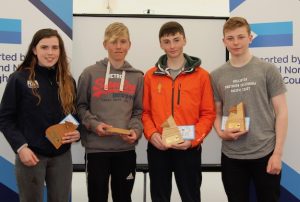 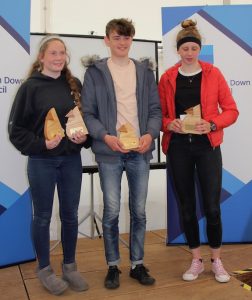 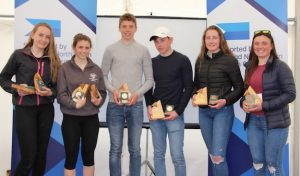