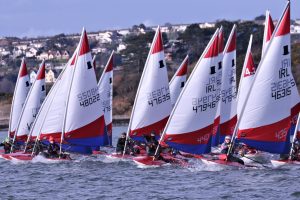 By Pat Horgan on February 6, 2017 in Junior Sailing, Latest, Topper

The first Topper event of 2017 was hosted by the club last weekend.  Twenty nine hardy Topper sailors and parents travelled from around the country to compete in the first ever Topper Ireland Winter Championships which provided very tight racing on the Curlane Bank.  Race Officer Ciarán McSweeney got four races away on Saturday in a mix of conditions albeit much lighter than the original forecast – thankfully Storm Doris blew through on Thursday/Friday rather than the weekend!.  Sunday saw bright sunshine and very cold conditions welcome the sailors.  They went afloat and waited for the expected breeze and it didn’t disappoint with two races finished in winds up to 20 knots.  A full schedule of 6 races completed in sunshine (despite the squall that went through the fleet during the morning).

Lewis Thompson of Donaghadee/Ballyholme won the 4.2 fleet with a series of 6 firsts. 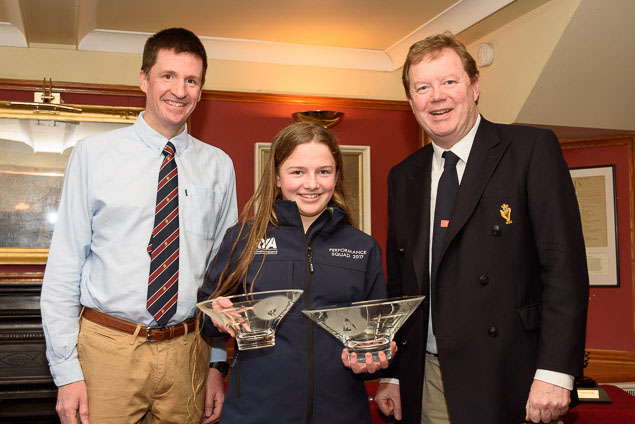 Erin McIlwaine, Newcastle Yacht Club took home the First Overall and First Lady in the 5.3 Fleet with club sailors Conor Horgan 2nd and Robert Keal 3rd.  It was great to see 13 of our club sailors compete in the 5.3 Fleet and secure three of the top 5 positions.  Full results are available here.  Many thanks to all the sailors who travelled to the event.  Article and gallery of prize giving photos by Bob Bateman available here. 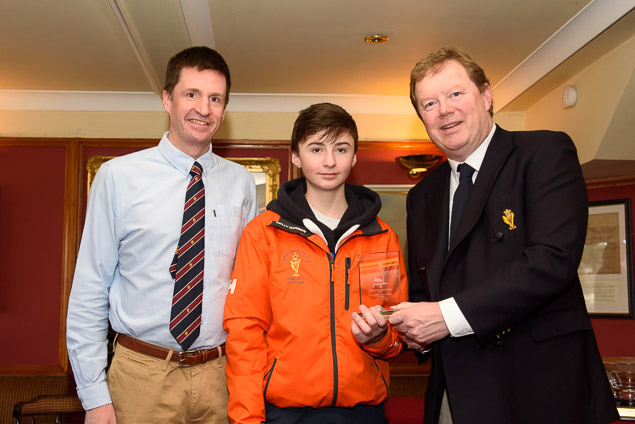 Conor Horgan who finished runner up is presented with his prize by Admiral John Roche. 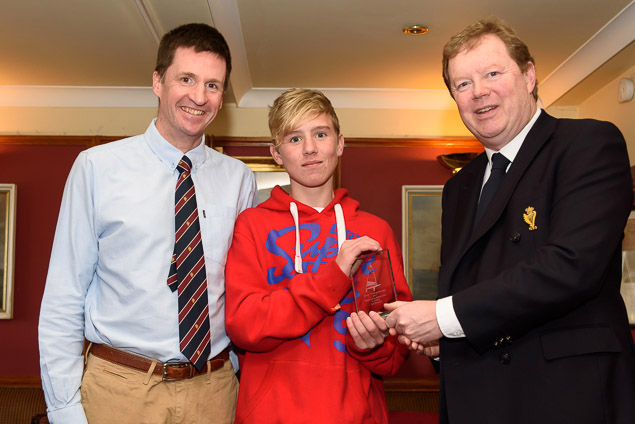 Photo Gallery by Simon McIlwaine will be uploaded to Topper Ireland.