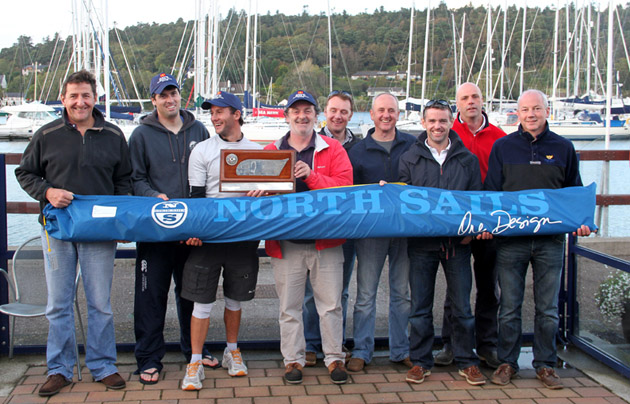 A delayed start for the final races of the National 18 Championships led to a great afternoon of racing on the Curlane Bank.  The sun shone, the tide was in and the wind was up, all resulting in a splendid finale to the event. 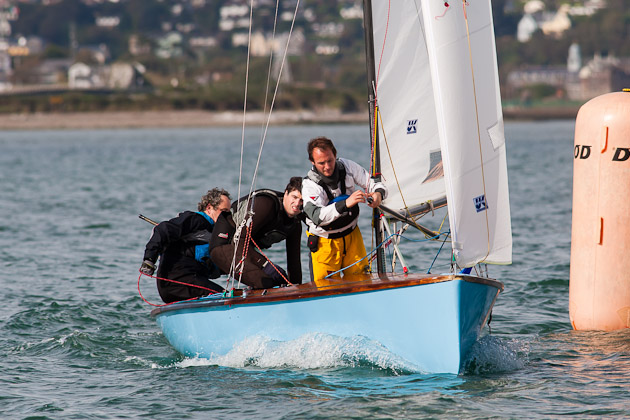 Bryan Hasset, Stanley Rimmington and Nin O’Leary in ‘Clea’ going for a spinnaker hoist during Sunday’s racing at the RCYC. Picture Robert Bateman

Race Officer was John Crotty working from Rory Fitzpatrick’s Serifa as the committee boat.  The result went down to the final race where any one of four competitors could have taken the title.  As it happened Bryan Hasset sailing ‘Clea ‘with Sandy Rimmington and Nin O’Leary had a two point margin on 12 points to take the win over three boats all finishing just two points adrift each on 14 points and a count back was needed to decide the placings. This worked out as follows: Second place went to Ewen Barry, Stan Browne and Dion Barrett in ‘GBU’  followed by Nick Walsh, Rob Brownlow and Conor Kelly in ‘Three Blind Mice’ 3rd and fourth went to Colin Chapman, Martin Almond and Morgan O’Sullivan in ‘Aquaholics’ . 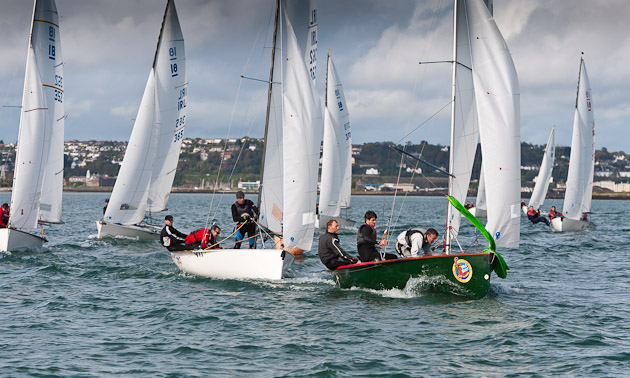 The super prize of a North  mainsail was won by Stephen O’Shaughnessy by an unusual method in that for Race Four of the series the person who finished in tenth position would be awarded the prize.  When the sealed envelope was opened it delivered this magnificent prize to Stephen O’Shaughnessy who sailed ‘Virtual Reality’.