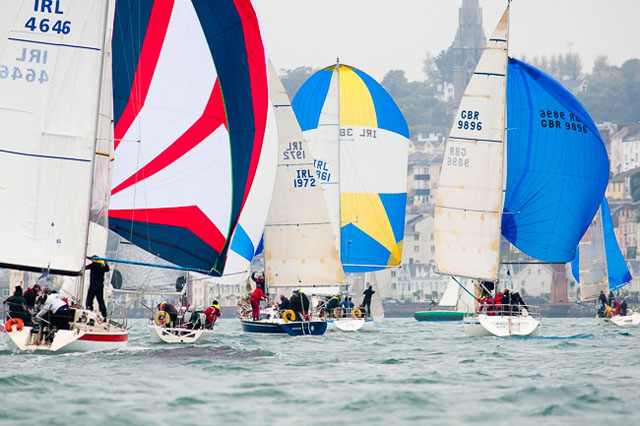 Plenty of colour even on a dull day. Picture Robert Bateman

Today was a day that weather wise did not appear to promise a whole lot. It was raining in the early morning and there was low cloud and fog about. Yet for all that a grand day of racing was had. To be fair, it was mild with a nice easterly wind of about 14 knots and with the experience of Race Officers Peter Crowley and Barry Rose they were able to make full use of the inner harbour for the entire fleets using two committee boats. It was a good size fleet of approximately sixty boats. There were competitors from Waterford and a welcome strong contingent from Kinsale and, as usual, the entry was boosted by boats from Cobh, Monkstown and Schull.

Peter Crowley and his team in Sparetime set up a start line at Cage with a beat to Dognose and a reach into the harbour before the boats went on a windward/leeward course up and down the Cobh Roads. 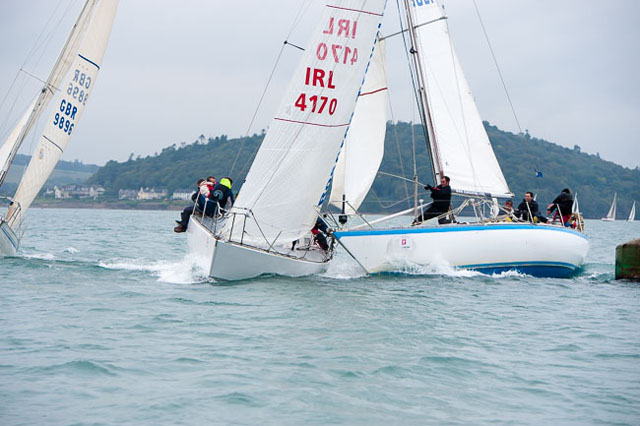 The Coming Together. Picture Robert Bateman

The first incident spotted was when Class 2 were heading for the weather mark and Shane Statham with Bad Company and Magnet close on his heels was coming into the mark on starboard while Cavatina tried to slide in on port resulting in a Murray Walker Formula One expression, there was a “coming together”! !

Happily the rain had disappeared, leaving a very grey dull day, but one doubts if the crews had time to look around them as they were busy hauling and dropping spinnakers, tacking, and generally dodging other boats before Peter Crowley eventually brought Sparetime into No. 13 with a shortened course and finished the race at that point. His ingenuity knew no bounds and he set up the committee boat off Cobh and proceeded to give the boats another course beating and running before sending them on a reach out the harbour before finishing them near the harbour mouth. One incident that happened in this race was John Molloy in Manzanita with his Schull crew was running at Cobh when Chancer from Class 1 was beating in the opposite direction and unfortunately their shrouds touched and tangled giving Manzanita a nasty fright by submerging her stern before the spreader broke and released the boats from one another. 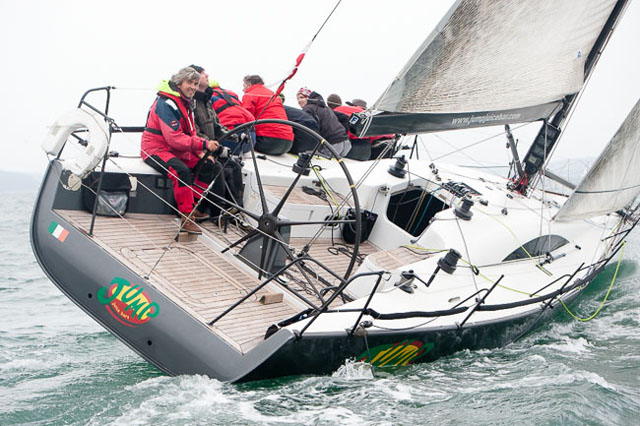 Wendy and Clem McElligott’s Sea Hawk was seen to be performing graceful pirouettes as their spinnaker got wrapped around the top of the mast.

Meanwhile the Whitesail fleets were racing close by, Barry Rose and his team doing the honours for Whitesail One and Two and Class Four and here he had the full expanse of the eastern bank to play with and with a very good breeze during the day and mild weather the competitors were mightily pleased with the day’s sailing.

Racing continues next Sunday with FG at 11.55