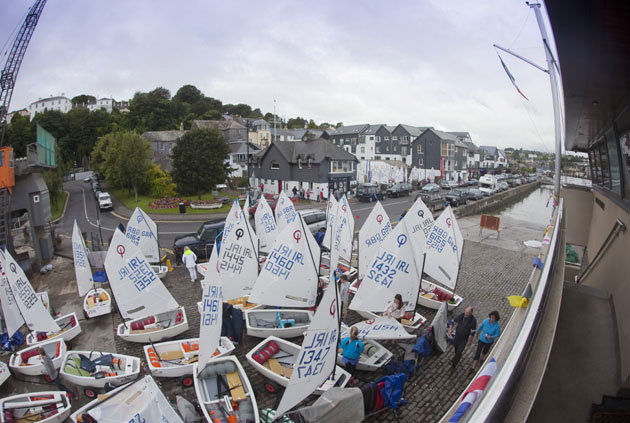 Almost two hundred sailors aged between eight and fifteen  including large teams from Great Britain and India and individual entries from France, Hong Kong and the United States of America, enjoyed a wonderful event at Kinsale this week.

The twelve race series began on Tuesday and will finish  today August 4th.  Ireland is in the grip of a windy period so Principal Race Officer Alan Crosbie got in three races on Tuesday when the winds were of moderate strength.  This proved to be a wise move as Wednesday’s racing could not take place even though with their usual enthusiasm the fleet and organisers were at sea trying their best to get in a race. However, with the wind that sweeps towards the Old Head of Kinsale being adjudged too risky for the young sailors  the fleet moved in under Charles Fort but in spite of doing their best racing could not take place. 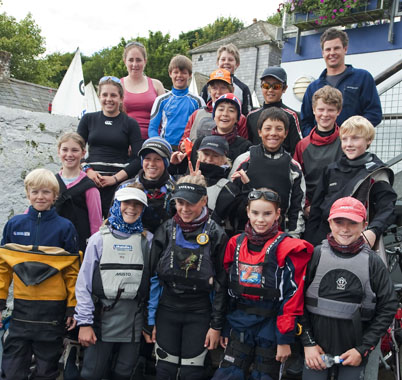 As of yesterday (Fri) the Senior fleet was being led by Douglas Elmes of RCYC/WHSC.  Lying second just one point adrift was Megan Parker SSC. Robbie King of WSC/Rlymyc was the leading British sailor in this fleet.  However, in the Junior Division, the very strong British contingent held the top five positions with Milo Gill-Taylor of SSC-Rlymyc leading just one point ahead of William Hall Cbyb followed by Benno Marstaller MYC/RSC followed by Alex King and Hattie Rogers Rlymyc.  The best of the Irish sailors in this fleet is Loghlen Rickard NYC.

Congratulations to all on a hugely successful event.

Results can be found on www.IODAI.com