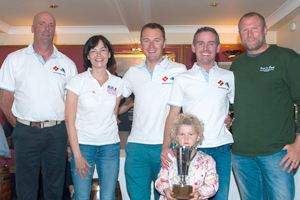 After a week of racing in varying conditions with wind from 5 to 25 knots and with eleven of the new Phil Morrison Ultra Design boats sailing, some having been delivered only the previous week, it was abundantly clear from their performance and the smiles on the faces they were a hit. It is true that one or two of them had teething troubles and it is equally true that one or two of the helms had difficulty in coming to terms with the new hull. Indeed so much fun was had on the offwind legs that at a meeting of the Class on Thursday evening it was decided to increase the size of the spinnaker to 25 sq.ms for the 2016 season. 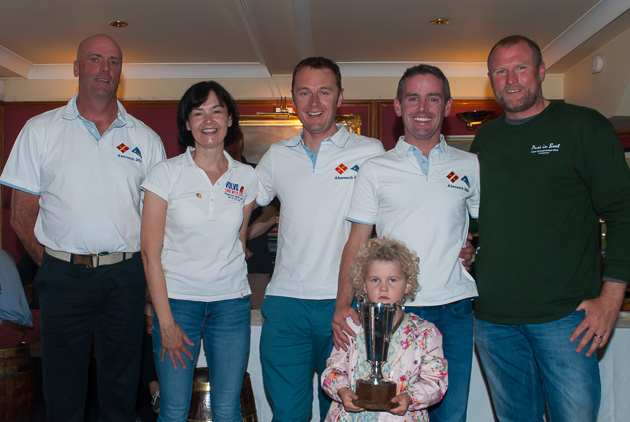 Monday’s racing had to be abandoned due to wind speeds of 30 to 35 knots. Tuesday turned out to be a squally day with winds of 12 to 20 knots with occasional showers and three races were held. The Ultras were given their own starts by Race Officer Peter Crowley, a former National Eighteen sailor himself, and now an International RO. The Ultimate and Classic fleets then got away and there was no stopping Ewan Barry, Stan Browne and Dixon Barrett in the Ultimate and despite the best efforts of the winners of the Cock some twenty years ago also in the Ultimate, John Crotty, Prof O’Connell and John Sullivan, they could not match them for pace and by the end of the week Cork Harbour Trophy went to D’Good, D’Bad and D’Ugly as did the overall British and Irish Championship, the Cock O’ The North. This was worked out on Portsmouth Yardstick. 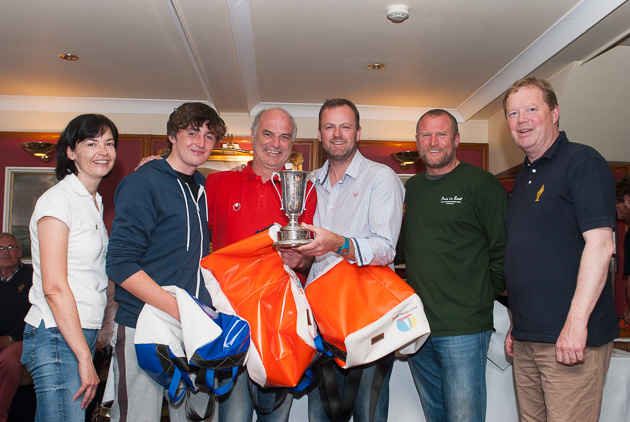 Ah, the Classic! They were small in number but one could do nothing but admire the beautiful clinker built Classic. The concentration and tension could be felt along every inch of the course but in the final analysis first overall the Orion Trophy winner for the Classics was local boat Colman Garvey’s Nimrod..

Going back to the Ultras, after the week of racing, the winner of the Overland Trophy, the Whitford Cup, the Yachting World Trophy and the Cock O’ the North best Ultra overall was Aquadisiac helmed by Colin Chapman, crewed by Morgan O’Sullivan and Alan Walsh. In second place was Nick Walsh helming 50 Shades crewed by Rob Brownlow and Rob Scandrett.

A hugely interesting and exciting week and no doubt one to be gone over and over again many times.

D’GoodD’Bad and D’Ugly; The Hurricane Trophy, The Findhorn Sterling Trophy and the Medway Bowl, The Cork Harbour Trophy and The Cock O’ The North.

No ID: The Doldrum Trophy 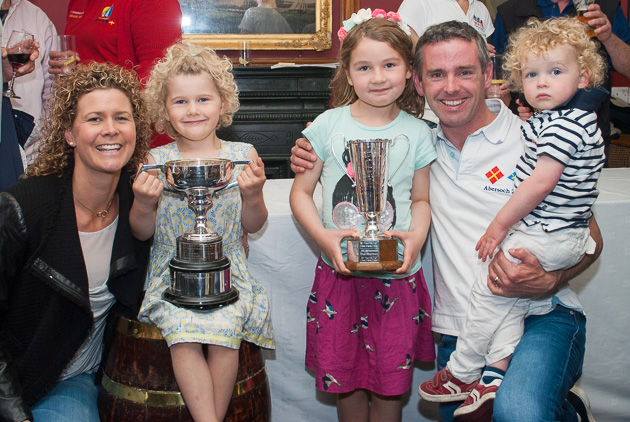 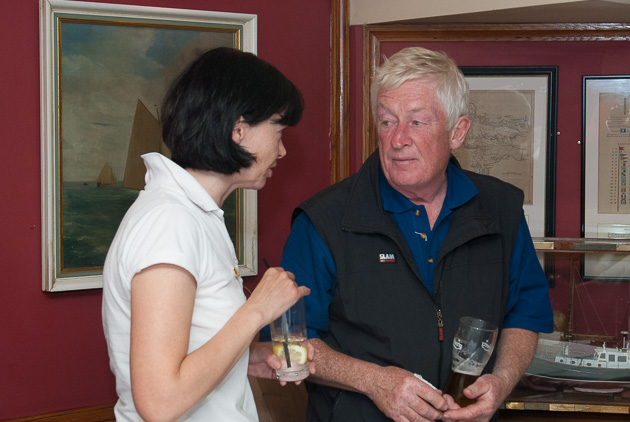 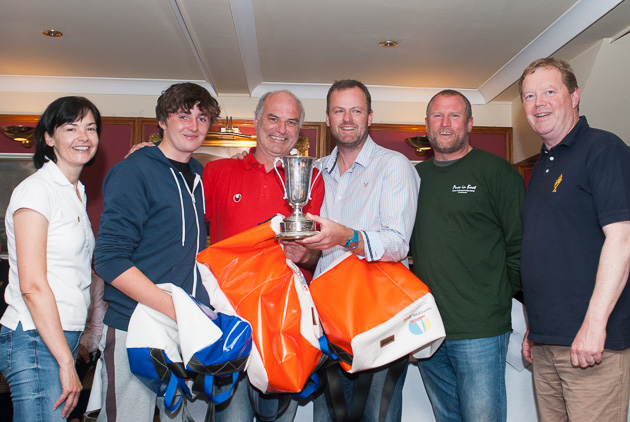 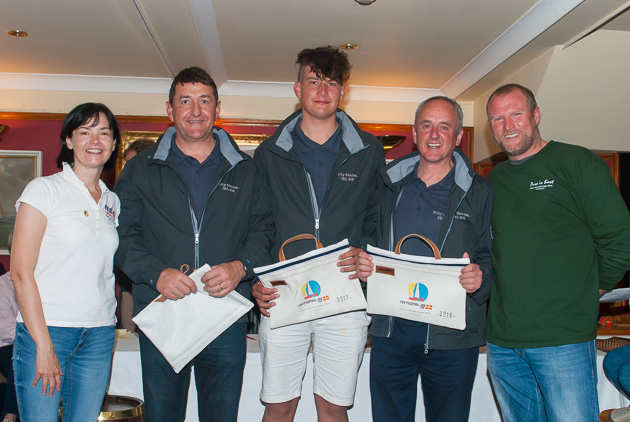 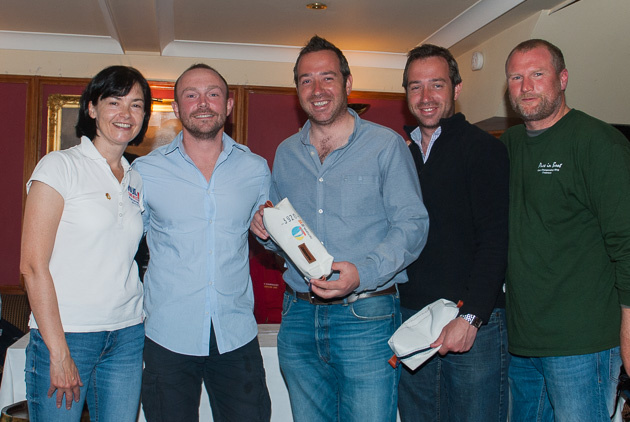 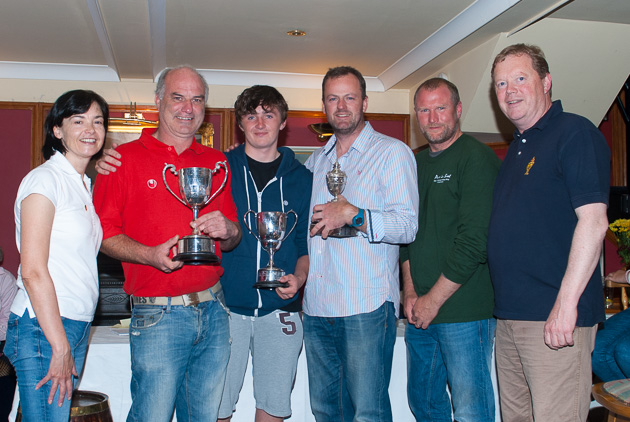 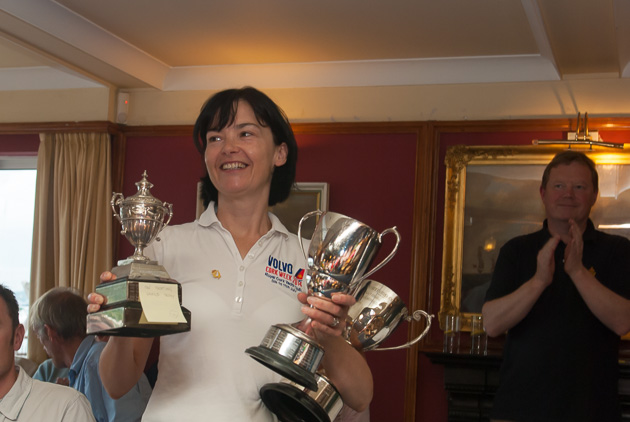 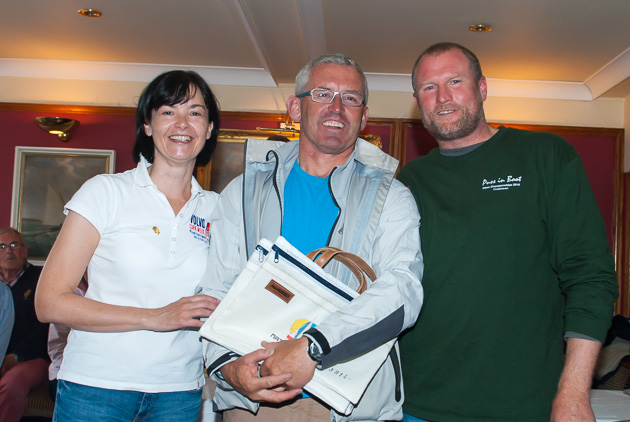 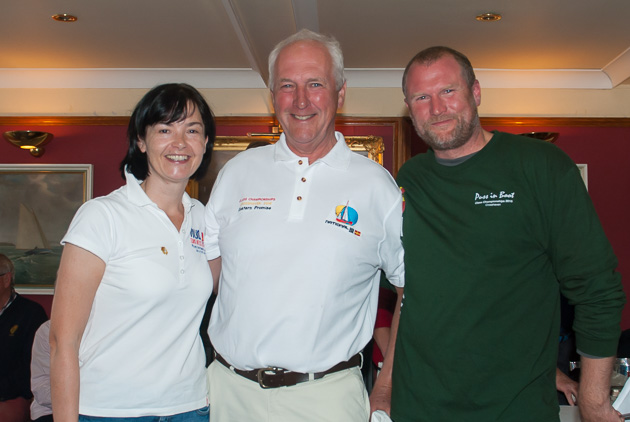 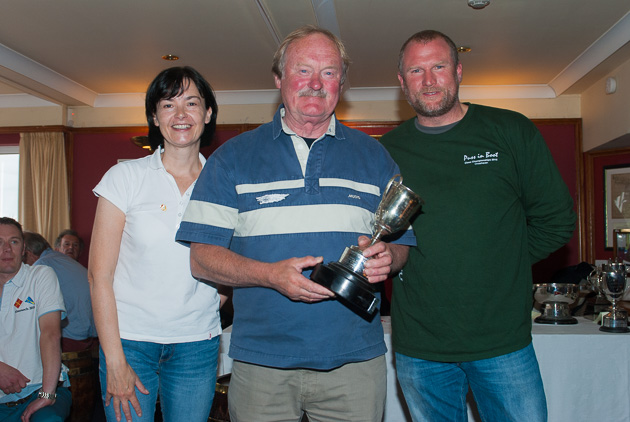 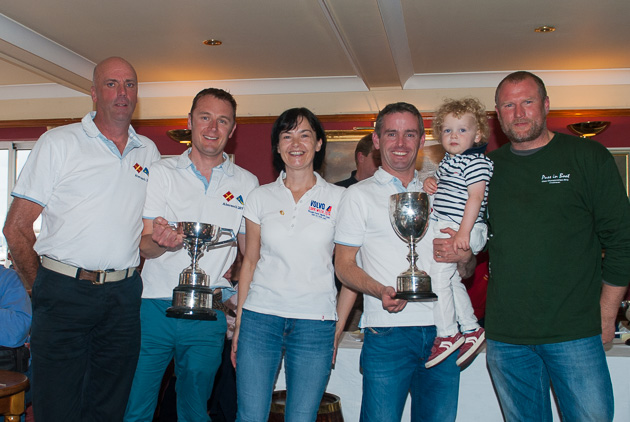 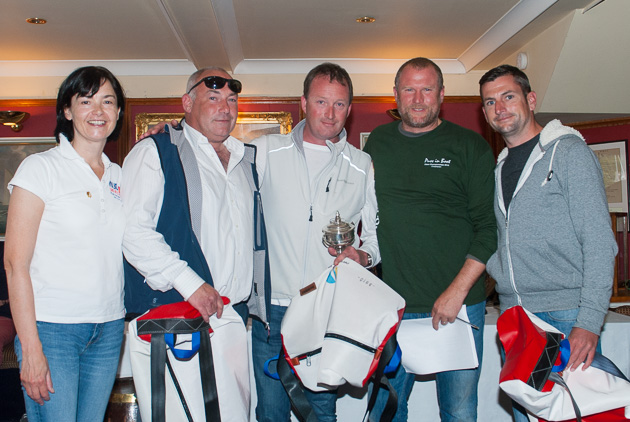 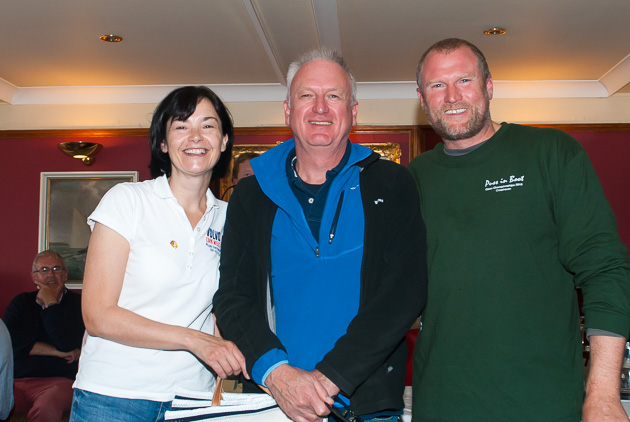 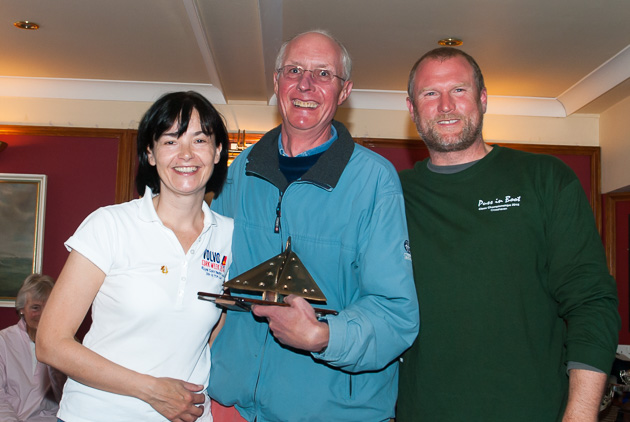 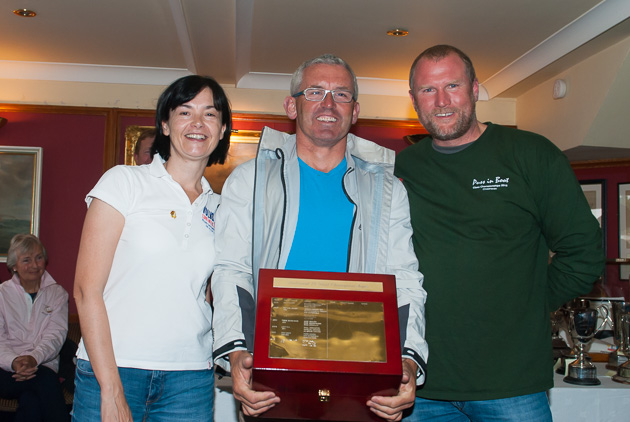 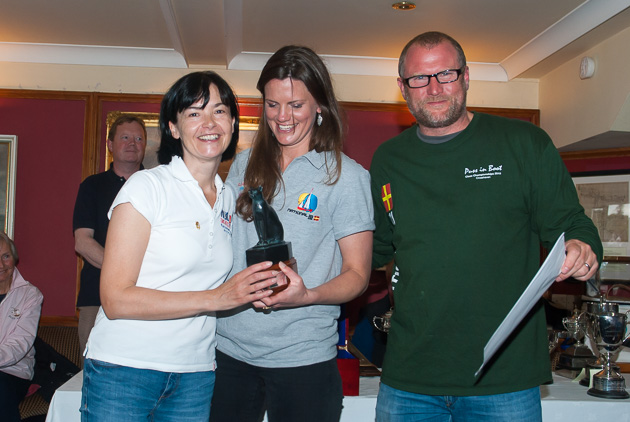 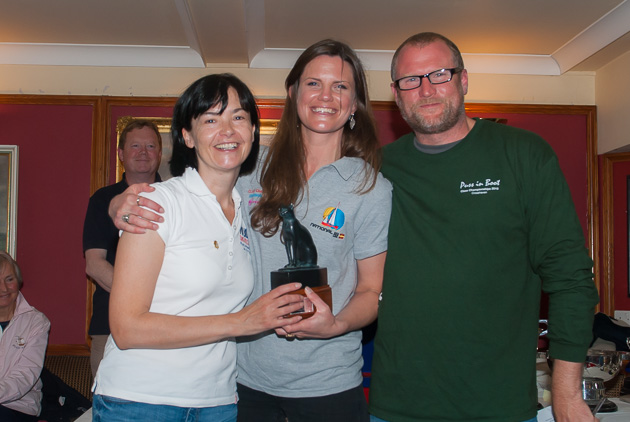 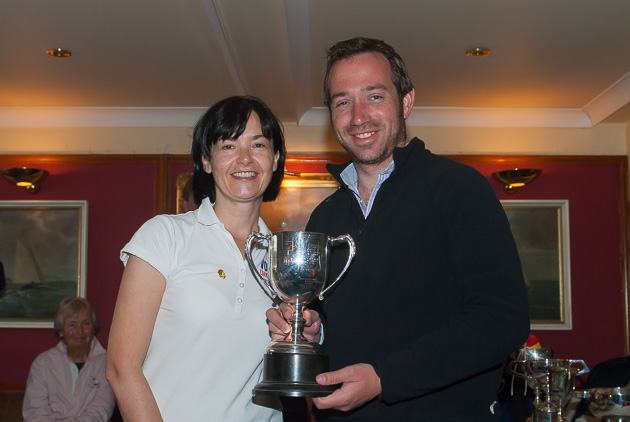 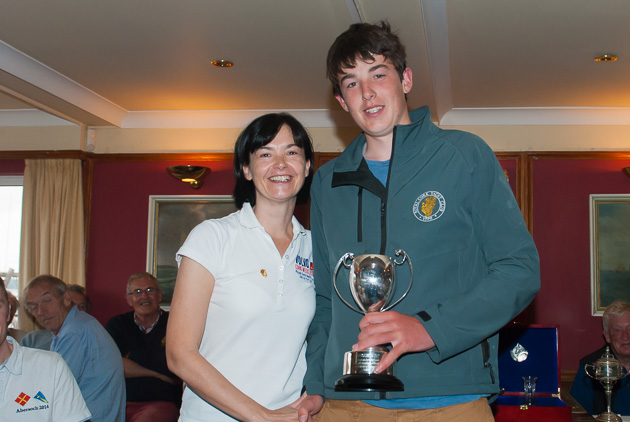 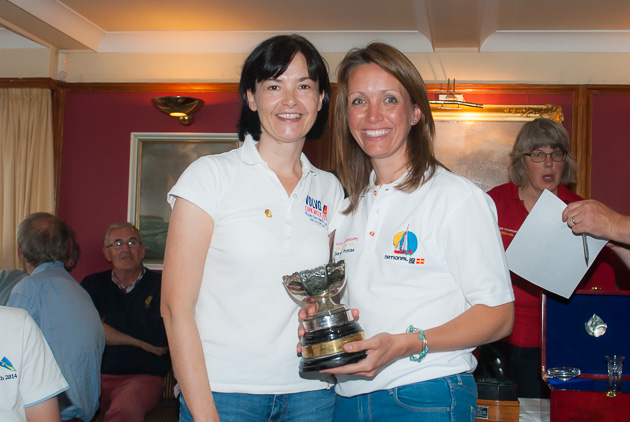