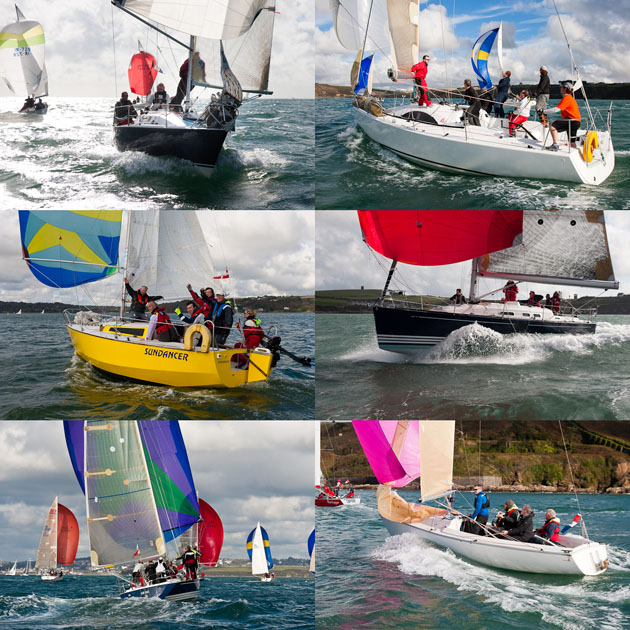 Classes One, Two and Three sailing to the mouth of the harbour today made a superb spectacle as they rounded the mark and headed downwind, in many cases surfing on the waves, as they made their way in the harbour to No. 10 making a huge kaleidoscope of colour in the bright sunshine and with plenty of breeze from the south east. 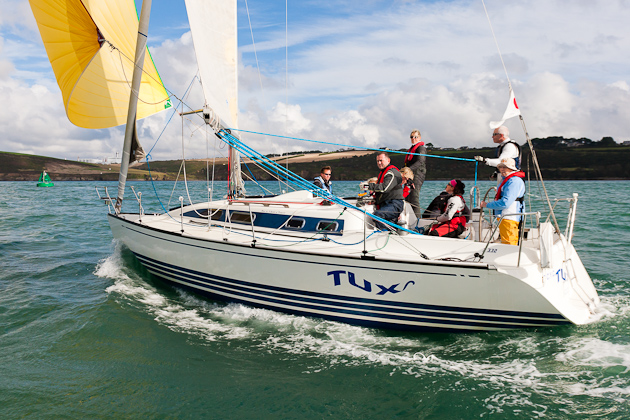 Tension was high today on the penultimate day of what has been to date an excellent league.  In Class One Gloves Off dominated the class with six wins to date but today they had to yield to Mary O’Keeffe’s Tux who took the gun in the first race of the day when she won Class One IRC. 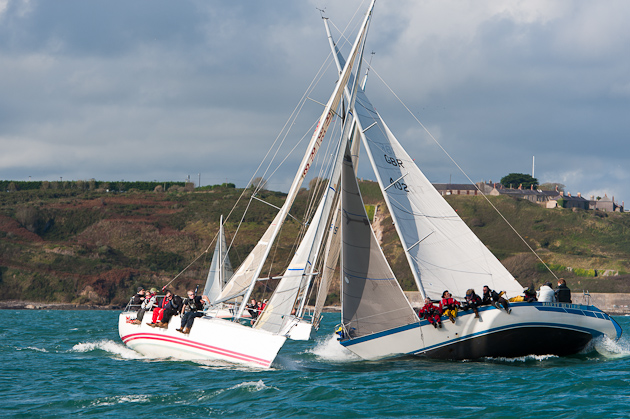 The competition in Class Two was equally as intense especially with the three modified quarter tonners and an unusual scenario occurred when there was an incident between the Losty Brothers Illes Pitiuses and Ian Travers’ Per Elisa. What was unusual was the fact the hearing was open to any competitors wishing to attend. 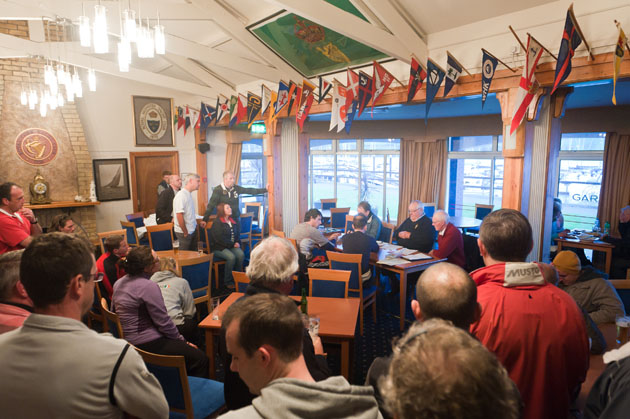 The protest was heard under the chairmanship of Donal McClement and resulted in the disqualification of Per Elisa.  Did I forget to say that the two guest helms on the day were brothers Peter O’Leary, newly crowned All Ireland Champion, on Per Elisa, with Nin on Illes Pitiuses!.

Meanwhile Whitesail One and Two, Class Four and 1720s were sailing on the flat waters of the eastern bank where the breeze appeared to have more east in it and this provided tremendous competition in all the fleets.

To date in the League with the exception of week one, when the weather caused a bit of a hold up but nonetheless ended up with a brilliant afternoon’s racing, sailing conditions have been excellent and it is hard to believe that next week will be the last.

The daily prizes were certainly unique and very popular with the winners.  A novel idea on the part of CH Marine.