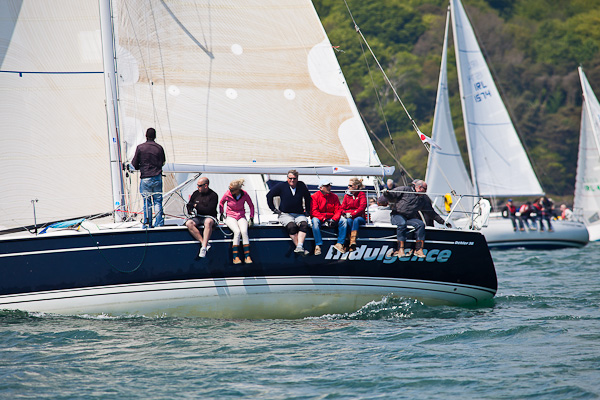 Forecast promise of a warm day after our long spell of winter like weather brought many boats out today.  Whether it was currachs getting in some practice for the ocean to City Race or 1720s getting in time on the water with some of the more experienced 1720 top notchers sailing on other boats to spread the expertise in handling these lively ladies.  Indeed it seemed like 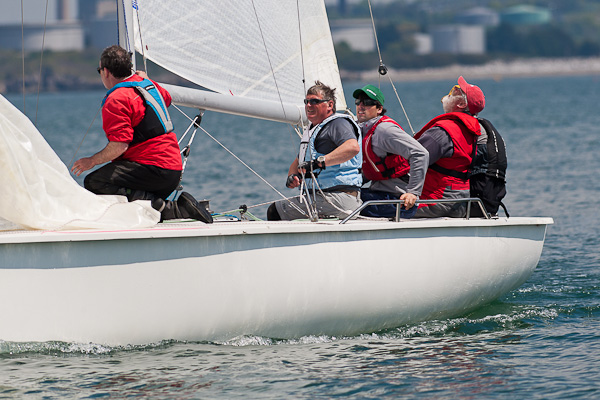 yesterday that we were watching the very first trials of the 1720 in Cork Harbour in 1994 and the excitement engendered and that now appears to be making a strong return.  Details of the 1720 debut were written up in the Afloat Mid April edition of 1994 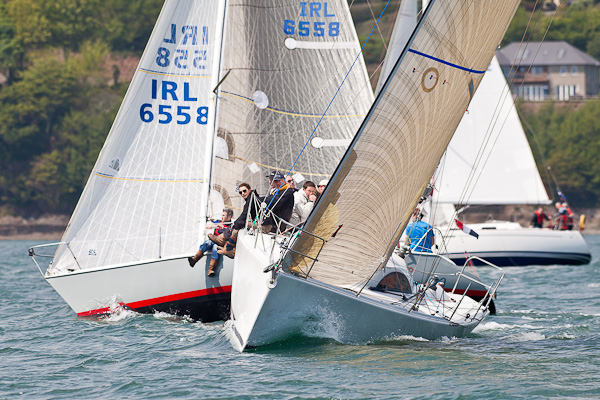 Also on the water were Optimists receiving training including sailing downwind heeling to leeward like old pros despite the fact that maybe even six months ago they hadn’t even sat in a boat on their own.  To top it all off Cove Sailing Club had organized The Titanic Race and the excellent fleet was joined by members from the Royal Cork Cruiser fleet and they made a splendid sight starting off Cuskinny at the Number 13 buoy under, Race Officer Adrian Tyler, on a flood tide and a sea breeze of about 10 knots. 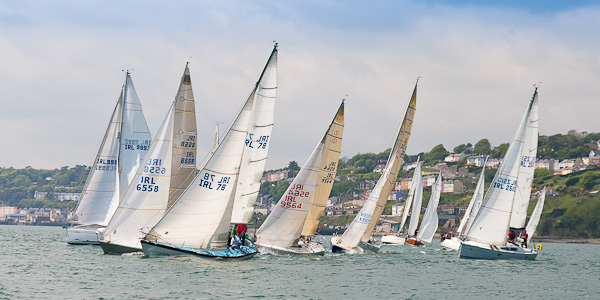 Not to be forgotten were the boats motoring and sailing for the sheer pleasure of being on the water with a bit of heat in the sun and the many angling boats whose occupants were also enjoying the bonus of the fine weather.  Last but not least was the beautiful seal that popped up in front of the boat enjoying a fine meal of fresh fish but proved to be rather uncooperative when the camera was produced and didn’t appear to like the sound of the diesel approaching.

Hopefully the forecast will prove correct for the fine warm weather we are to enjoy for the near future and will tempt sailors to get in their entries for forthcoming events and in particular Cork Week 2012 which is rapidly approaching and has such a variety of racing combined with a whole new look for shoreside family entertainment.