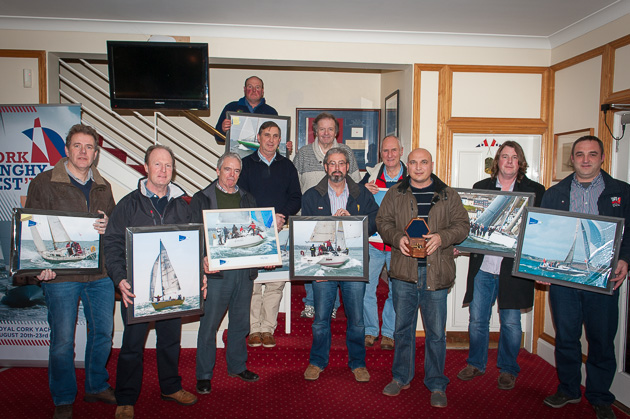 Some of the prize winners pictured at the SCORA AGM last Friday evening. Pic. Robert Bateman

The SCORA AGM took place at the RCYC on Friday evening last. A large and representative audience attended and the meeting was chaired by SCORA Commodore, Ronan Enright.

A minutes silence was observed to respect those members who had passed away during the year with special mention being made of the former very popular Class Commodore, Vinnie O’Shea who died during 2014.

Prior to going into the business of the evening, a special presentation was made to the Class Secretary, Jackie Kenefick, who was leaving the position Many tributes were paid to Jackie for all her efforts. 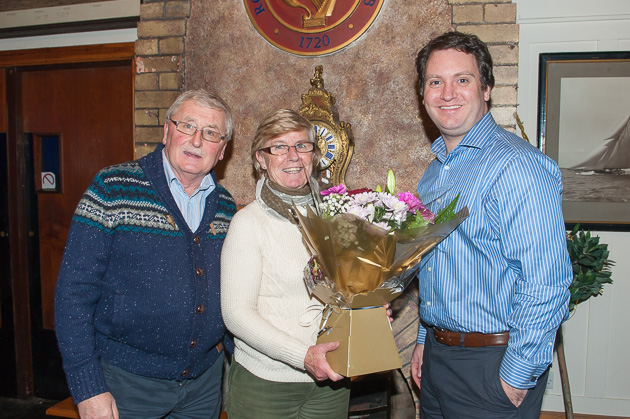 Having gone through the formal business of the meeting the floor was opened to the members and a discussion took place on the function of SCORA itself.

Cove Sailing Club’s Commodore, Adrian Tyler, made a presentation on the new marina due to be open for the 2015 sailing season.

Following a break for refreshments the attendance had a brief discussion on Whitesail but the Commodore felt that as the Whitesail attendance would not be enough to represent the views of the Class, a further meeting would be called to dicusss this item.

As there was no further business the meeting concluded with a slide show of the 2014 sailing season followed by the presentation of prizes.