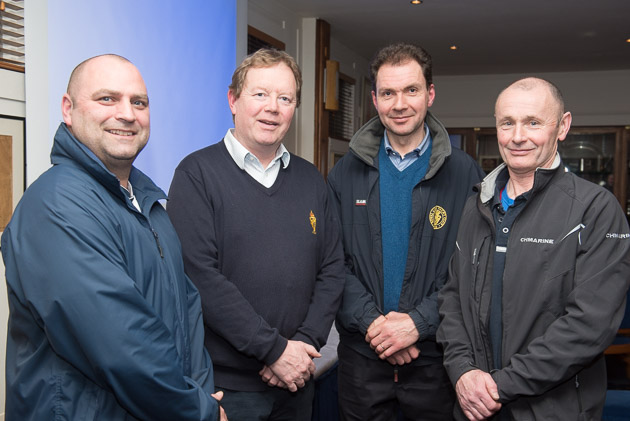 Driving to Crosshaven last evening for the first Skippers Club Meeting of the 2016 season, it was cold, showery and miserable and one might even wonder what one was doing out at all. However, no need to worry! On driving into the club car park the light was streaming out from the brightly lit windows and on opening the door we were greeted by warmth and the cheerful buzz of voices coming from the bar and on the upper deck the RCYC Bridge Club were tucked away by the blazing fire in deep concentration and the whole friendly scene was presided over by Club Steward, Anne Lordan. As the clock moved towards the 8pm start realization of the number present struck home and on filing into the dining room for the start of the meeting under Rear Admiral Cruising, John O’Connor, it became obvious the numbers were going to fill the room. Surely a good sign for the coming season.

The presentation of the evening on winter maintenance, anti fouling and finally an update on the McMurdo PLBs was given by Norman Allen of CH Marine to a very responsive audience. Also present from CH Marine was Leo Humston. 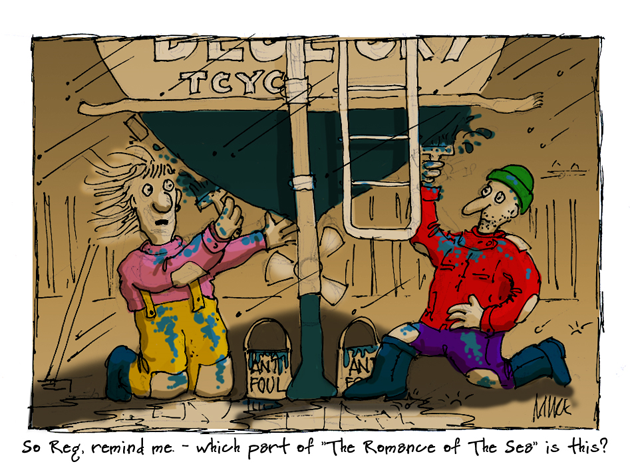 It was a good humoured informative evening and there were plenty of questions from the floor. We learned such things as some colour antifoulings may last longer than the white ones so beloved of the racing sailors, and in fact the colour black appears to be the toughest of all. It was even raised about the 2015 season which saw the water warm in April and this had an effect on the lasting quality of the anti fouling for that year and this led into a discussion on local areas including brackish water as found in estuaries. 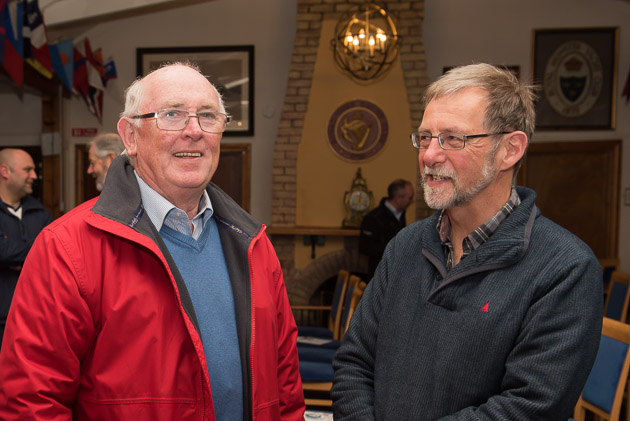 After a break for coffee and chocolate biscuits Norman then went on to the subject of safety equipment and particularly the McMurdo PLV (Personal Location Beacons). Following this a raffle was held and the prize was a magnificent Life Jacket presented by CH Marine and the members then went happily home with their gifts of floating key rings also from CH Marine.

Speaking with Admiral John Roche after the meeting he expressed great satisfaction at the turn out and hoped it was a good indicator for the rest of the season.