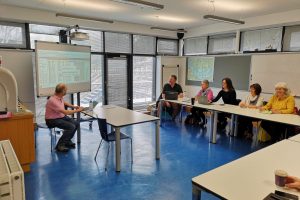 On Saturday the 23rd of March Michael McCann ran a training course on the Sailwave results software in the Royal Cork Yacht Club. The SCORA Course was attended by representative of all SCORA clubs and I would like to thank people for taking the time to attend. With all SCORA clubs now using the Sailwave results program it was a great opportunity to get a refresher course on using the software to its full potential.

The Royal Cork Yacht club will be continuing these style training days across the year in conjunction with the extremely successful skipper evening and they will cover all aspect of Racing, with the next evening covering safety equipment requirements while racing, this course will be in the coming week during April, the date and full details to be confirmed shortly. After that we will be doing a talk on Man/Crew over Board situations. The Club is running this MOB/COB information evening in the club Saturday May 11th at 1930. Attendance is open to all sailors. Our guest speaker is Kenny Rumball and one of his crew.

Kenny and one of his crew ‘John’ carried out a number of club information talks in Dublin last autumn based on their experience in the Round Ireland Race last year. John fell overboard from the J109 during the night off the Blaskets. Kenny was the skipper. They both talk through their preparation before the race and their COB (Crew Over Board) experience. (Kenny runs the INSS sailing school in Dun Laoighaire and is a qualified RYA/ISA instructor). 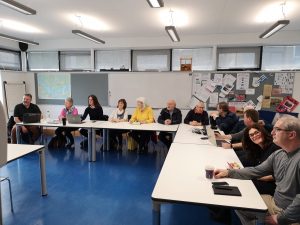 A big thanks to Michael McCann for his time and help in running the results training day and to the Irish Coast Guard for the use of the Coast Guard station to run the course from while the club is under renovation. We look forward to seeing you all on the water during the year.