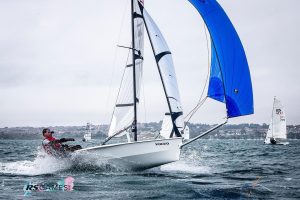 By Brian Jones on August 23, 2018 in Uncategorized

Weymouth & Portland National Sailing Academy (WPNSA)recently hosted the RS400 European Championships and Alex Barry, sailing with Richard Leonard travelled to the event along with Robbie O’Sullivan and Phil McGlade being the other Irish boat traveling.

There were five days of racing, three in qualifying flights and the final two days were split into gold and silver for the Championships. Alex and Richard finished 3rd out of the 71 boat fleet in what was a very tight leader board and any one of five boats capable of taking the event in the final race.

The podium was an international affair with Stewart and Sarah Robertson of Scotland taking the win and Francisco and Teresa Lobato of Portugal in second(ex Figaro sailor) and Alex and Richard completing the podium in third place.

The event was part of the wider RS anniversary games which will see 2,000 sailors take to the water in WPNSA this August. 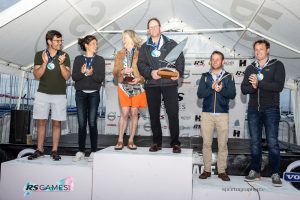 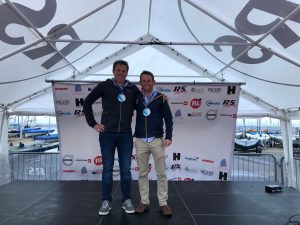