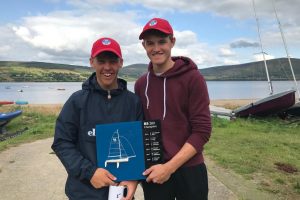 Congratulations to Adam Power and Jack Young on winning the recent RS Inlands held in Blessington.

The event was sailed in very light conditions, 2 races on the Saturday and 3 on the Sunday.

Congratulations also to Jack Hallissey MBSC crewed by Emily Crotty from both MBSC and RCYC who came 3rd overall in the Feva class.

We had a great Cork contingent travel to the event, Cian Jones & Luke McGrath represented RCYC in the 400 whilst David Jones crewed by Griff Kelleher and Ali Crotty crewed by Doireann Kelly represented in the 200.

Well done to the Monkstown 400’s /200’s and Fevas who also travelled. Blessington were delighted with the large Cork numbers attending and looked after us all very well. 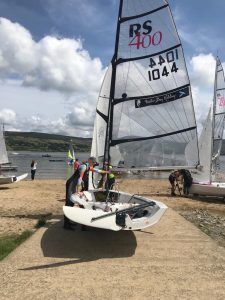 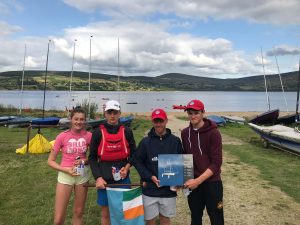