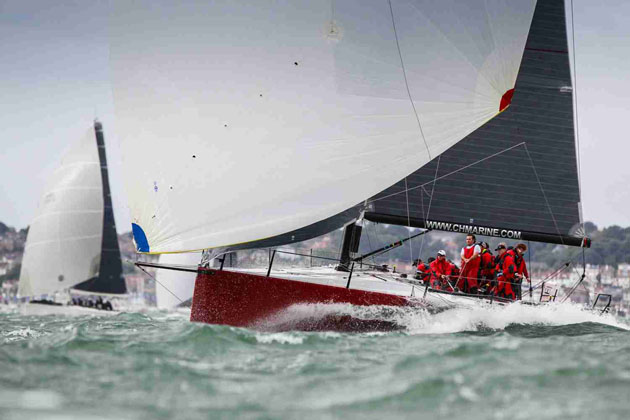 Antix had to show her mettle this week in the heavy conditions. Pic ture Paul Wyeth

Anthony O’Leary from the Royal Cork Yacht Club racing his Ker 40, Antix with family and friends gained victory in Class IRC 1A yesterday.  He said of his podium result “We kept mistakes to a minimum, thankfully, and got it right. It was lovely, a beautiful day in the Western Solent – as nice as I can remember and made better by the results. We were also rather lucky to have Invictus out in front of us as a sort of a signal bearer to help us get our good result today.”  He adds “We are enjoying being part of the regatta.”

Chuffed also at taking a 5th overall Class IRC 1A place was RCYC’s Darragh Burns crewing on board one of the other Ker 40s, Baraka, and what a great experience it was for him. They came fifth in the overall regatta which was quite amazing considering Baraka had to be chartered for this regatta as the original entrant ‘Ino’ was severely damaged in a previous regatta a month ago.

Darragh relates how in the first race on day two they did 25 knots downwind in some 32 knots of breeze; some thrill!

It appears to have been a wonderful week of sailing and celebrating and surely one to live on in the memory for a long time.

Huge celebrations are taking place at the Royal Yacht Squadron, Cowes, as they celebrate their bicentennial regatta with a specially invited fleet of twenty five yacht clubs including our own Royal Cork YC. 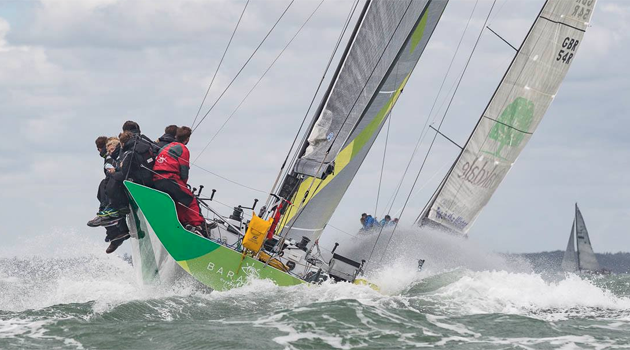 Baraka in action this week.

Racing finishes tomorrow and should be a breath taking finish between these flying machines.