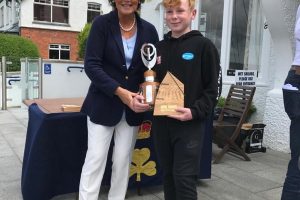 The long trek to the other end of the country did not put off the Royal Cork fleet at the weekend, as they travelled en-masse to Royal North of Ireland YC for the Optimist Ulsters. It was a challenging weekend, Saturday bringing gusty conditions with whitecaps, and Sunday proving to be a little bit too much for the fleet, with no racing held. The overnight results stood for the series.

Rory O’Sullivan showed his usual exceptional skills in these conditions, taking Senior Gold fleet with two firsts and a second being clearly untouchable. Royal Cork sailors were to feature elsewhere in the top 10, with Killian O’Regan in 8th, one point ahead of Michael Crosbie who beat Harry Pritchard on tiebreak. A further four club sailors made the top 20, James Dwyer-Matthews, Richard McSweeney, Eoin Horgan and Jamie Venner coming in a flush of 17th-20th. Cillian Foster finished 25th, and immediately behind him in 26th was Eva Spillane, 2nd Silver and First Silver Girl. Ciara Burns took 30th place, followed closely by Kate Horgan in 32nd and Patrick Bruen in 33rd. 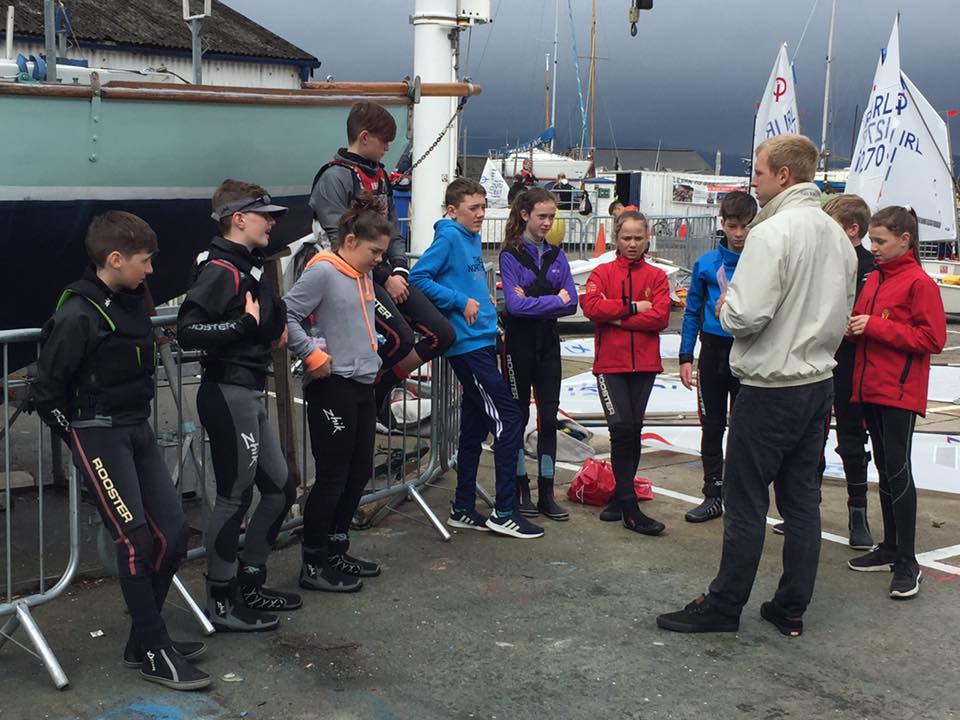 Thanks to Andrew who towed the class trailer behind his car (“you wouldn’t know you had it!!”) and also to our class support coach from NI, Robbie Gilmore, who we wish the best on his Olympic 49er campaign.