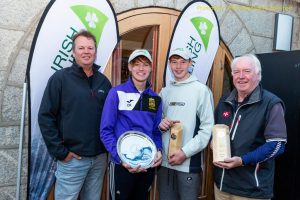 By Brian Jones on October 1, 2018 in Junior Sailing, Latest, Uncategorized

Congratulations to our own Royal Cork’s Atlee Kohl who has won the 2018 Junior Irish Sailing All Ireland Sailing Championships in Dun Laoghaire sailing with fellow club member Johnathan O’Shaughnessy.

With 1 point between the top three boats, first and second place were decided on a tie-breaker, with a nail-biting last race seeing Atlee Kohl snatching the title from last year’s winner Micheal O’Suilleabhain.  Tom Higgins came in third place just one point behind after seven races.

Sixteen nominees from various different Irish Sailing affiliated classes competed in the event in the Royal St George Yacht Club, using a fleet of Fireflies. Racing took place both inside and outside the harbour, with gusts inside the harbour today of up to 30 knots. 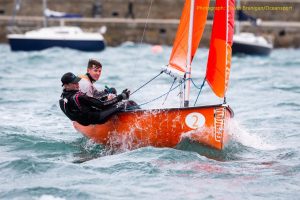 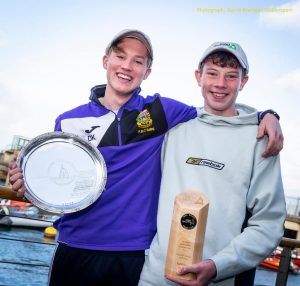