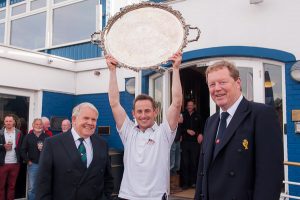 After a frustrating wait in dead calm conditions on day 2 of racing the sailors were treated to a perfect 20knots of breeze in the final races. It was thrilling to watch Ireland’s top sailors from each class compete in the fantastic National 18 dinghies. These lively racing machines saw top sailors tipping over and “dunking” the crew on many a crucial tack. Annalise Murphy and crew gave an outstanding performance with 3 bullets in the final 3 races and the final winner was not clear until judges and race officer had done the maths on discards. RS400 sailor from Royal Cork and Monkstown Bay Sailing Club came out top with 11 points, with Annalise Murphy only one point behind on 12 and Darragh O’Sullivan, KYC who had dominated the board throughout the afternoon, came in at 3rd with an equal 12 points, because Annalise had 3 bullets to Darragh’s 2. Annalise will surely rue her capsize in race 2 which lost her a point. Truly spectacular sailing by everyone. Race Officer Peter Crowley ran an excellent series with 20 minute races and fast turnaround keeping everyone on their toes 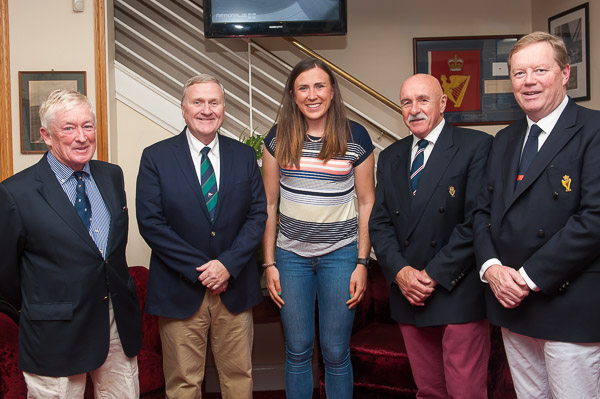 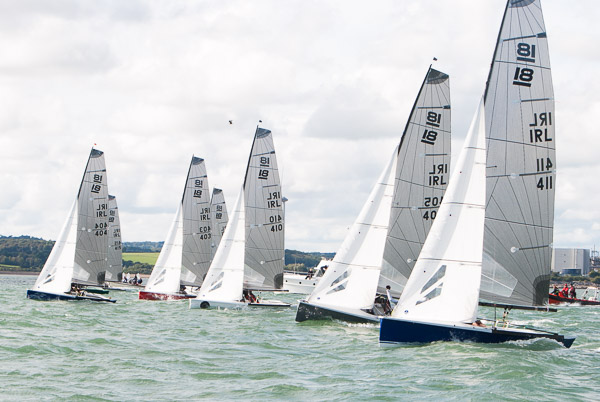