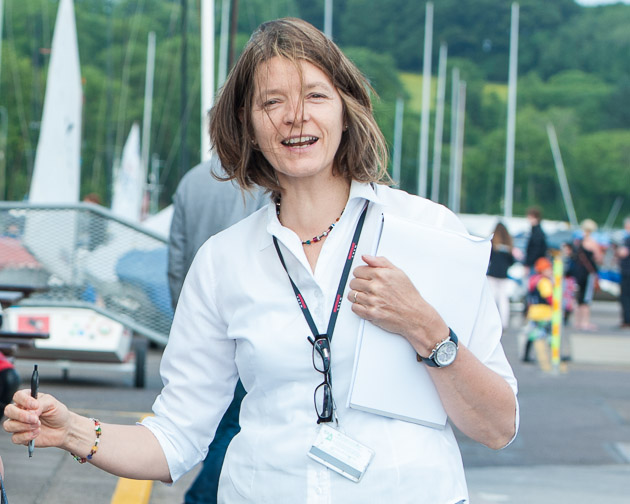 Miriam McMahon in sparkling form on a beautiful summer day, expertly co-ordinating a session at the Junior training during the 2013 season. Picture Robert Bateman

Last evening (Sat) in front of a capacity audience of 270 at the Royal Marine Hotel, Dun Laoghaire Royal Cork Yacht Clubl won the Training Centre of the Year Award.  This was a very well merited award and reflects the excellence of the work crried out by all involved during the 2013 season.  Our General Manager, Gavin Deane and Sailing Co-Ordinator,  Miriam McMahon, accepted the award on behalf of the Club proudly watched by Vice Admiral John Roche. 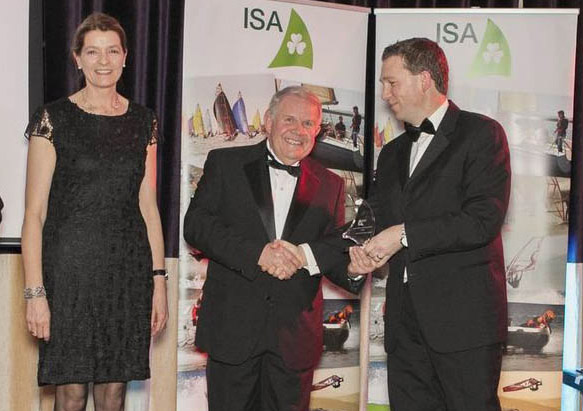 In 2013 the club acquired some new dinghies for training and with the development of the Flipper Club for the very young children capacity was stretched by the numbers seeking places on the programme . Bookings are  already coming in for the 2014 season and anyone interested would be well advised  to make secure their place.