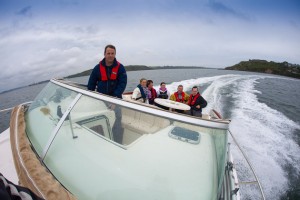 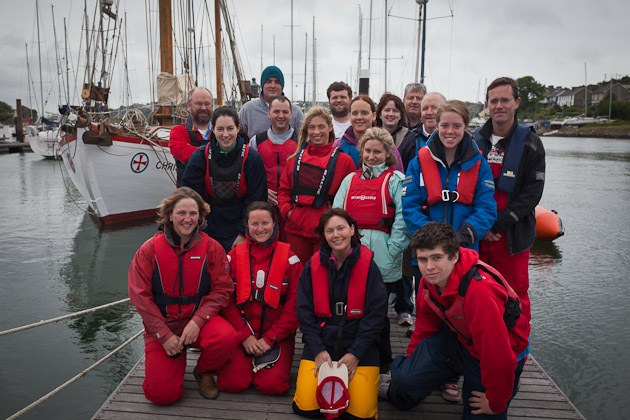 “It was an absolute thrill” to quote Sinéad Nugent, one of the participants who sailed on Ben and Rob O’Mahony’s 1720 ‘Let the good times roll’.  There were four 1720s taking part today along with three cruiser racers and Johnnie MacCarthy’s beautiful Jeanneau Leader 805 motor cruiser, and all allocated spaces on the boats were filled to capacity. The purpose of the programme was to encourage people to “have a go on the water” and see how they felt about it. 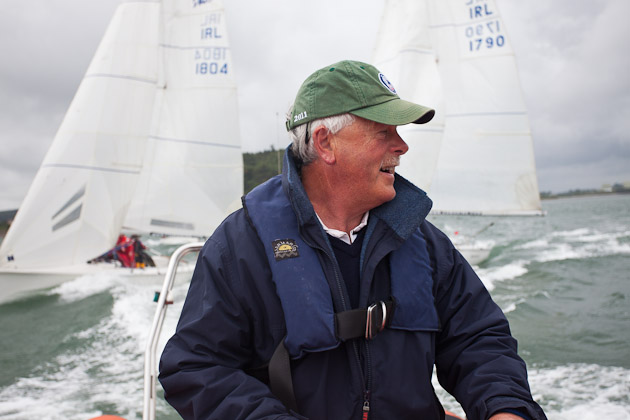 Judging from the reaction from each and every one of the participants today it was not difficult to see the absolute thrill and enjoyment that was experienced by all without exception and none more so than those on the 1720s who were treated to a series of  highly competitive windward leeward races in winds that increased to give white caps on the waves a sure sign it was blowing force 5 but in the capable hands of  experienced helms Anthony and Robert O’Leary, Michael McCann and Rob O’Mahony, the beginners were in the safest of hands and had the thrill of a lifetime.  Here special mention must be given to Saki Curtin who put in a huge effort in the preparation and readying of the 1720 racing machines and who coordinated the entire effort of getting these racing boats afloat. 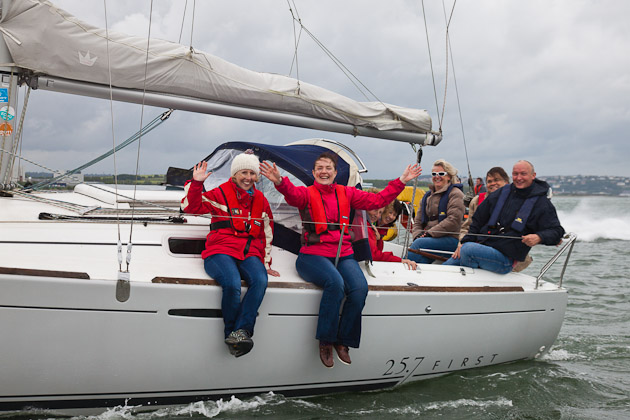 The cruisers were also having great fun in the boisterous conditions under their skippers J.J. O’Keeffe, Michael Lynch and Con O’Callaghan and one party of visitors was brought to the city in style in Johnnie Mac’s glamourous motor cruiser. (They surely did it in style!).  Royal Cork Admiral Peter Deasy also was on the water today to welcome the guests and to see everyone enjoying themselves. 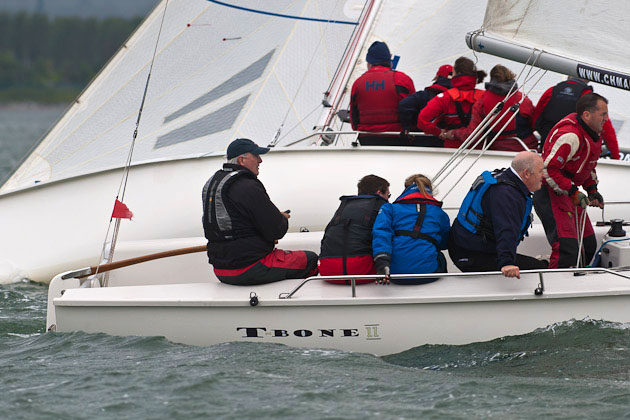 Close racing between the 1720s being enjoyed by the Sail Spree participants at Royal Cork Yacht Club. Photo Robert Bateman

Finally, this piece would not be complete with mentioning Miriam McMahon, the Club’s Sailing Administrator, who put a huge effort into the event starting work many weeks ago and who must share in the  massive credit deserved  by all concerned for such a successful and enjoyable result for all involved.