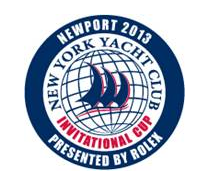 From the first edition in 2009, the resounding success of the New York Yacht Club Invitational Cup presented by Rolex reignited the tradition of international Corinthian competition between yacht clubs. The biennial event – returning to Newport from September 7-14, 2013 – fuses five days of intense racing with a glamorous social schedule to deliver an unrivaled event for competitors from around the globe.

The 20 yacht club teams will race one-design NYYC Swan 42s – identically tuned and equipped with supplied sails – on Narragansett Bay and Rhode Island Sound, one of the world’s most legendary sailing venues.  Along with the 2011 champion, the Royal Canadian Yacht Club, returning to defend its title, the fleet will include the host club and 15 invited international clubs, plus three American yacht clubs determined by a qualification series held in the fall of 2012.  The 2013 regatta promises another test of ability and tactical expertise as these yacht club teams from around the world display their patriotism and the competitive skills of their best sailors while in pursuit of the championship crown.