For 2014 the Executive is introducing a new initiative aimed at acknowledging the significant sporting and voluntary efforts of Club Members & Staff. The initiative consists of an awards scheme designed to recognise significant achievement across several categories of club activity. 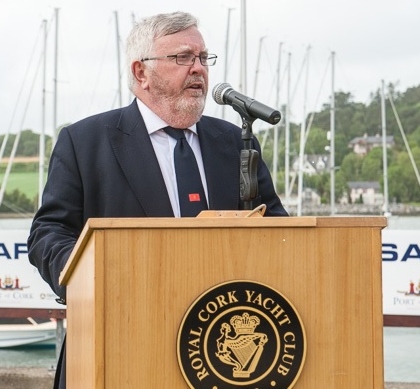 For 2014, Club Awards will be presented in the following categories:

Qualification for Awards in the Dinghy, Racing and Cruising categories will be open to Members of all classes (Adult & Junior), while the Club Person of the Year Award will be restricted to Members of adult membership categories. Nominees may be proposed across one or a number of categories. The Staff Award will be open to any person who was employed in any capacity by the Club during the period January – October 2014. The winners will be announced at a Club Awards Dinner to be held in the Club on Saturday, November 22nd. Any fully paid-up Member in the Ordinary, Family, Life and Honorary categories, can make nominations for awards. To do so, they should complete the appropriate Club Awards Nomination Form and return it to the Honorary Secretary by October 17th, 2014. All nominations will be treated in the strictest confidence.

On receipt of nominations, the 3 Rear Admirals will select three contenders for each of the Awards and the winners will the be selected from these pools of nominees at a specially convened meeting of the Executive Committee. To encourage attendance at the Awards Dinner, all nominees will be invited to attend (at their own expense) and the Admiral will announce the overall winners in each category on the night. The awards to be presented will be in the form of trophies from the Club’s stock, with token mementos to be given to the winners at the Awards night.