By Bob Bateman on September 1, 2013 in Latest, Uncategorized 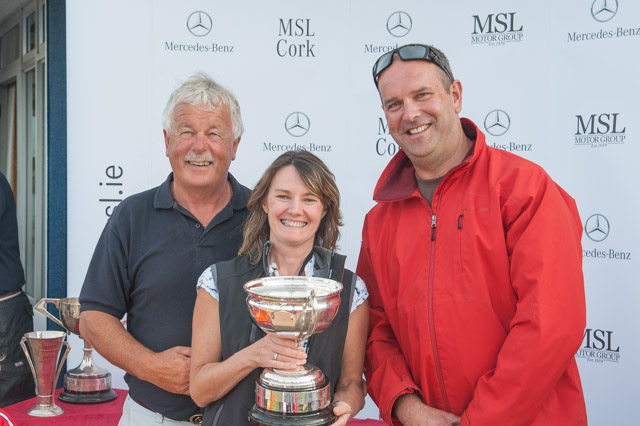 The Royal Cork MSL Motor Group sponsored At Home was certainly smiled on by the weather gods this year.  The breeze blew, the sun shone and all present were in the best of form.  The event also enjoyed the presence of twelve former Admirals and the current incumbent, Admiral Peter Deasy.  They all participated in the Admirals Boules Match that was won by former Admiral Kevin Lane. At the other end of the scale we had all the children excitedly crab fishing and queuing to have their crabs measured by Stuart Daly, the official measurer, who had to watch his fingers carefully when carrying out this onerous duty.

The main activity was on the water and conditions throughout the weekend were ideal for sailing.   In addition to the normal At Home racing, the South Coast Championship for the National 18s also took place and was won by Ewen Barry of Monkstown Bay Sailing Club.   There was also tremendous interest in the Optimist Parents’ Race and the only lady competitor, Sinéad MacSweeney, took the honours in this event.

The eagerly awaited prize giving as always generated great excitement and commenced with the presentation of the children’s prizes by Rear Admiral Dinghies, Darren O’Keeffe. Certificates were also presented to the members of the newly formed Flipper Club for young children starting sailing. Then came the more serious business when the Dinghy prizes were presented by Dermot O’Hara, Sales Manager of the Sponsor group and the Cruiser prizes were presented by Declan O’Hara, General  Manager of the MSL Motor Group followed by the presentation of the Royal Cork Yacht Club trophies by Admiral Peter Deasy.

The RCYC At Home is always so enjoyable as it gives members the opportunity to meet up with old friends and to make new contacts.  It is very nice to see all the different generations of the families coming together.  As always there were  the babies and the canines to be admired.  Good to see Maritta Buwalda and Jimmy Nyhan with baby Jimmy, mother and baby in great form, and Jimmy very proud of his new son.  It was also very nice to have a chat with Deirdre Horgan who had her beautiful black guide dog Carley with her. Carley has spent her puppy year with the Horgan family and will be going back to commence her full training with the Irish Guide Dog Association on September 12th.  It is so wonderful for families to take the dogs for the year and sad then to say goodbye but they can be happy in the knowledge they are offering such a great service.  Deirdre told me they will take a rest for a little while and then start again with another puppy.

With the At Home now over we look forward to the Autumn sailing programme. 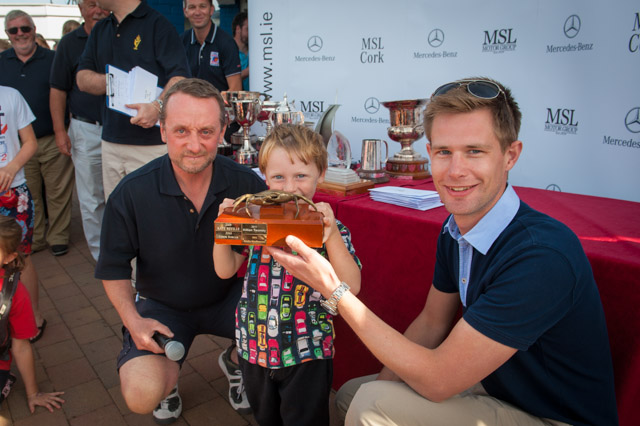 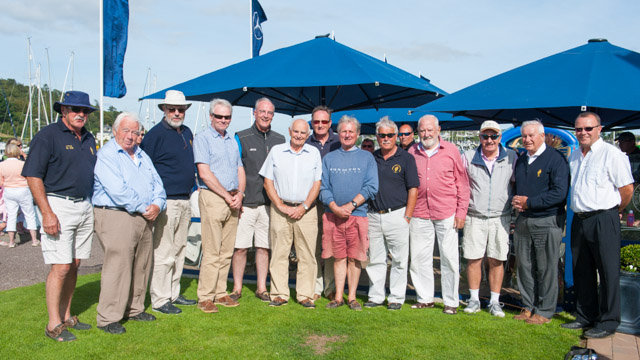 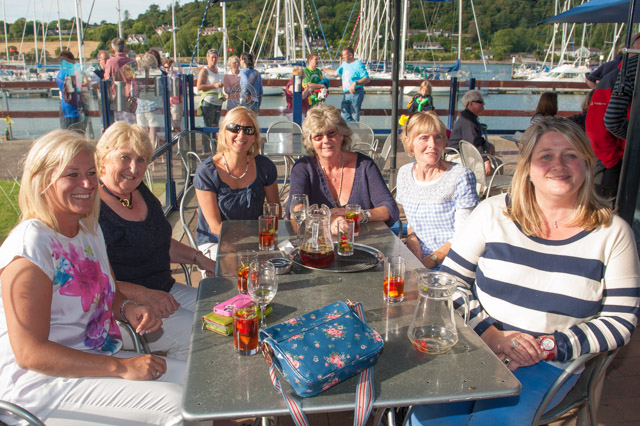