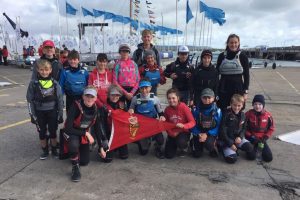 By Craig O'Neill on September 11, 2017 in Junior Sailing, Latest, Optimist
Adverse weather patterns will be the enduring memory of the 2017 season, with no wind at trials and no single regional event delivering a full series. The Leinsters, hosted by the National YC in Dun Laoghaire finished the season true to form. Gusts > 30kts on Saturday meant only 2 races got in the schedule; Sunday saw another 2 snuck in by Olympic PRO Con Murphy before 45kn gusts tore Dublin Bay asunder.  This meant no discard applied. 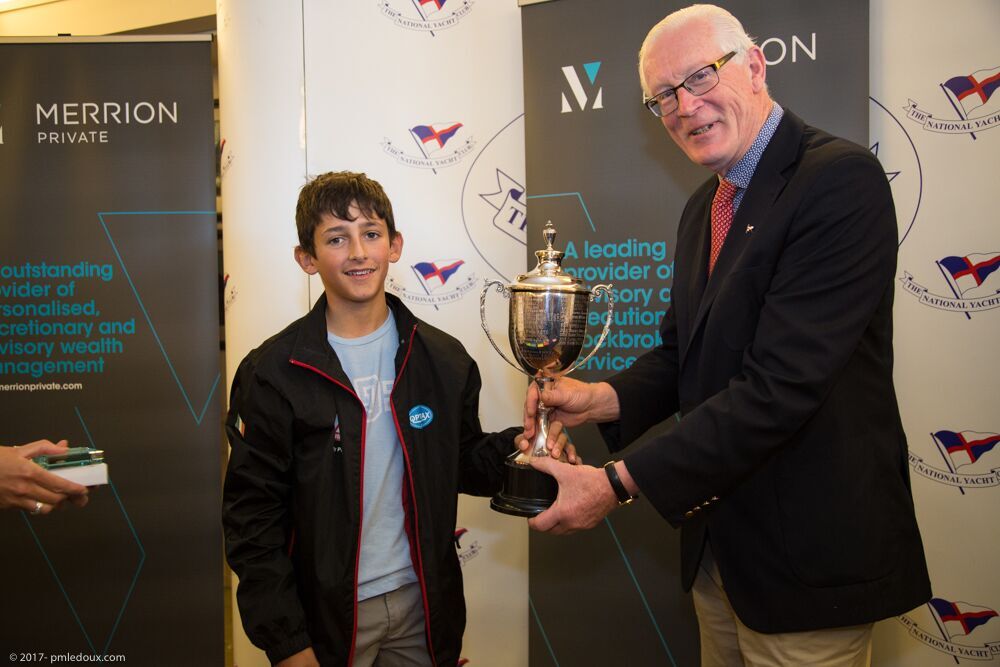 In Senior Fleet, Daragh Collins began the charge, finishing 2nd Silver. Neil O’Leary was narrowly beaten into 31st by Eoin Horgan, 30th. Kate Horgan finished 28th, with Patrick Bruen a few places ahead in 24th. Just breaking into the top 20 was Richard McSweeney, going well in the heavy breeze. Jamie Venner made 14th, with a strong 8th place finish in Race 4. James Dwyer Matthews had a great 7th, before the lock-out of Michael Crosbie, Harry Pritchard, Harry Twomey and Justin Lucas in places 4 through 1 – a superb result. 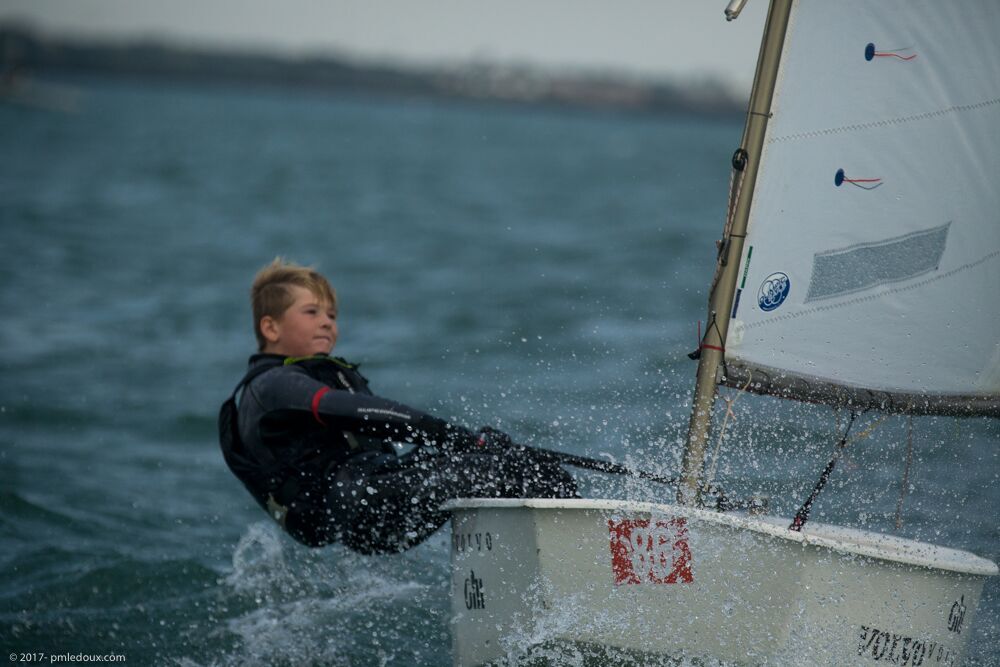 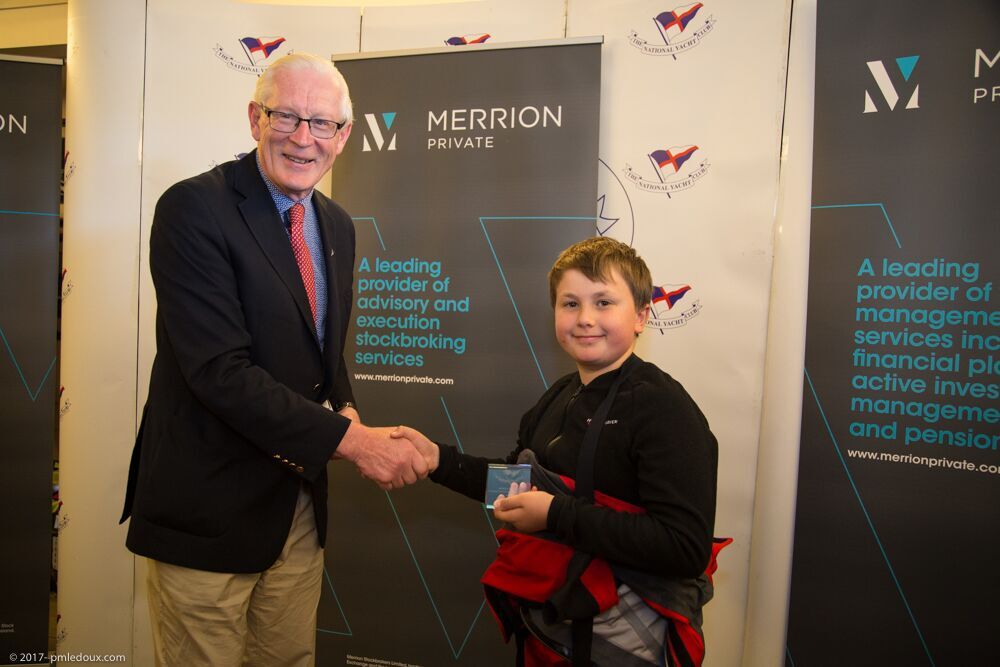 Regatta fleet representation was somewhat thinned with the moves to main fleet, but Charlie Venner and Daniel Horgan flew the flag with pride. Daniel finished a creditable 30th following a swim or two, and Charlie narrowly missed out on an overall win, coming 2nd overall and best U11.

Other club sailors under their home burgees were Eimer McMorrow Moriarty in 10th and Archie Daly 18th.
The final event means that overall rankings are now published, and well done to Rory O’Sullivan topping senior rankings and Royal Cork sailors taking 5 of the top 10 places. We have four of the top ten in Junior, Simon & George along with Anna Keal and Stephen Cunnane.  In total, 27 of our sailors have qualified for trials out of a total of 90 – an excellent representation and quite possibly a record.
The Burns Trophy continues on Saturdays in September, and we look forward to the Cobbler each Sunday in October which will include a Regatta and Main Fleet.