The Royal Cork Skippers Club meeting for March was held on Wednesday evening at the Club with Rear Admiral Cruising James O’Sullivan in the chair.  The subjects for the evening were Camden Fort Meagher and Marine Insurance with Paul Brierley and Nicholas O’Leary as guest speakers.

First up was Paul Brierley who gave a most informative talk on the history of the  Fort going back as far as 1550 and described how since 2010  restoration work   has been ongoing and already 33,000 visitors have been through the fort, The ambitious plans are continuing and the first visitors for the 2014 season will shortly be going through the doors for what is expected to again be a very busy season.

After an interval for refreshments which were enjoyed by all, Nicholas O’Leary took the floor.  A young man obviously very interested in and dedicated to his work.  This coupled with his knowledge of the marine area and his second to none expertise in sailing, made for a most interesting and thought provoking presentation and there was no shortage of questions following his talk.

At the conclusion of the evening Rear Admiral O’Sullivan  indicated the next Royal Cork Skippers meeting would be held in the Crosshaven RNLI Station  with further meetings scheduled for Camden Fort Meagher and the new Coast guard Station.  Dates will be notified in due course. 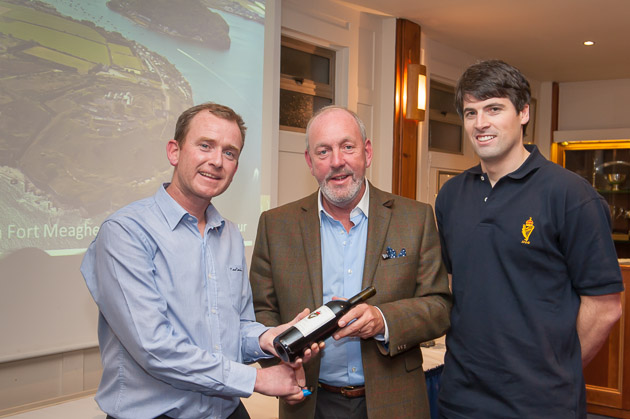