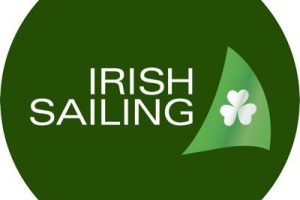 By Communications on January 18, 2021 in Latest

Presentation will be made at the Virtual Irish Sailing Awards on February 11th. In this article in Afloat, WM Nixon details the achievements and contributions made by each and every one of the monthly winners.

Pat’s retirement as Admiral of the Royal Cork YC on January 20th 2020 – after a two-year tour of duty in this top role – marked the completion of another chapter in an outstanding maritime career that took him straight from school to take up a Cadetship in Irish Shipping. 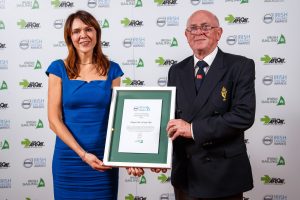 When Jack Roy of Dun Laoghaire (though originally from Greystones and a country member of the Royal Cork) retired from the Presidency of Irish Sailing on March 21st 2020, it marked the conclusion of a hugely successful three years in the top post in Irish sailing. 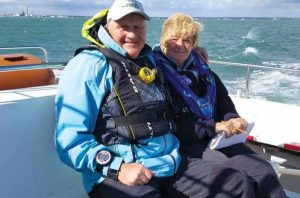 In choosing Claire Morgan of UK Sailmakers of Crosshaven, who worked night and day to change and operate the company’s production line to meet the unprecedented demand for PPE gowns, Afloat were honouring one in order to honour the many to whom we all owe our heartfelt thanks. 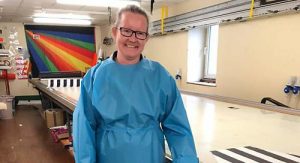 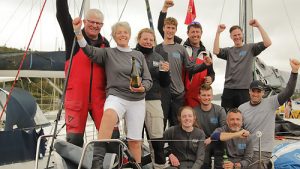 Nieulargo’s crew after winning the Fastnet 450. Courtesy of North Sails

Colin’s graceful acceptance of the pandemic lockdown’s adverse effect on the club’s planned Tricentenary, and his enthusiasm in getting sailing going again as soon as possible, set a fine example for the entire Irish sailing community. 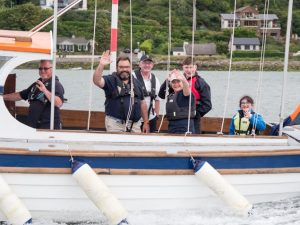 Admiral Colin Morehead with family and friends at the ‘Admiral’s Chace’, a unique event which kicked off the club’s Tricentenary celebrations when restrictions lifted in July.

Racing in one of the most competitive fleets in the country, Rob and crew had a clean sweep across all 1720 events this season including Baltimore Cup, the Southerns, and Munsters which he chaired in the Royal Cork. 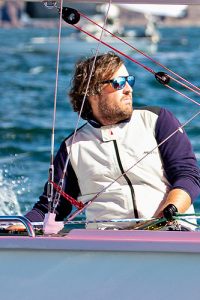 Three in a row for Rob O’Leary and crew on their 1720 ‘Dutch Gold’ in 2020. Photo courtesy of Robert Bateman

The election of Marcus Spillane – originally of Cork – to a Vice Presidency of World Sailing in November was the latest step in an extraordinary involvement in sailing which has seen him compete in many world championships – most notably in the International 49er – while at the same time playing key roles in global sailing administration. 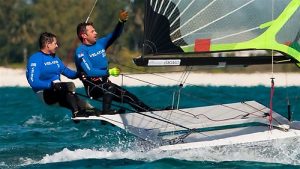 Don Street of Glandore and the Caribbean was celebrated in December to mark his continuing and inspirational joy in sailing at the age of 90, and in honour of the remarkable contribution he has made to our sport, both in the many areas of his active and successful involvement afloat, and in his writing of many books – cruising guides and technical manuals alike – which have been a source of encouragement for his international legions of followers. 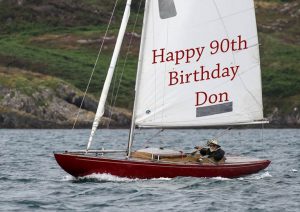 Created in 1996, the Afloat Sailor of the Year Award represents all that is praiseworthy, innovative and groundbreaking in the Irish sailing scene. Since it began over 25 years ago the awards have recognised nearly 500 monthly award winners in the pages of Ireland’s sailing magazine Afloat and these have been made to both amateur and professional sailors. The first-ever sailor of the year was dinghy sailor Mark Lyttle, a race winner at the 1996 Atlanta Olympics.

Registration Open For the 300th AGM
Launch Of Youth Pathway 2021