By office on December 7, 2012 in Uncategorized 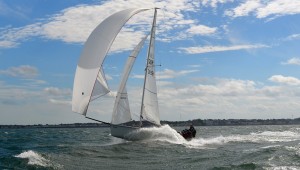 SB20 – A remarkable season for the ‘Sharkbait’ crew of Ben Duncan, Brian Moran and Joe Turner has seen them dominate the top of the SB20 Ireland Sportsboat ranking ladder.  The Dublin trio had wins in all but one event in 2012 and topping the table at a maximum available 165 points, the first year that this has been achieved. The high quality of the fleet in Ireland made it no easy task however, and the team was consistently under pressure throughout the season from some exceptional sailors, with Mel Collins, Scott MacKeown and Aidan MacSweeney in ‘Magic’ finishing the season with a very solid second on the ladder, just edging out class stalwarts Peter Kennedy & Stevie Kane sailing ‘Ridgefence’ in third. Unlike many other classes, the SB20 has only had a slight decline in numbers over the last few years due to the relatively cheap cost of running a boat at a highly competitive level. A resurgence in the Southern fleet is envisaged next year when several new boats from Cork will be on the water, and much interest in the class has been from owners looking to downsize from cruiser sailing. Competitive second hand yachts with all the trimmings can be bought from around €9000, and when towed behind an average car getting to the fantastic SB20Ireland regional events couldn’t be easier! The strict one-design ethos of the class ensures very close racing across the country, and it is up to the crew work of the teams to edge out any gains in performance 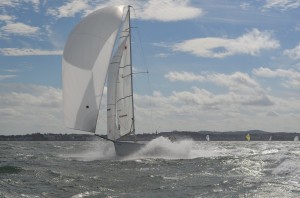