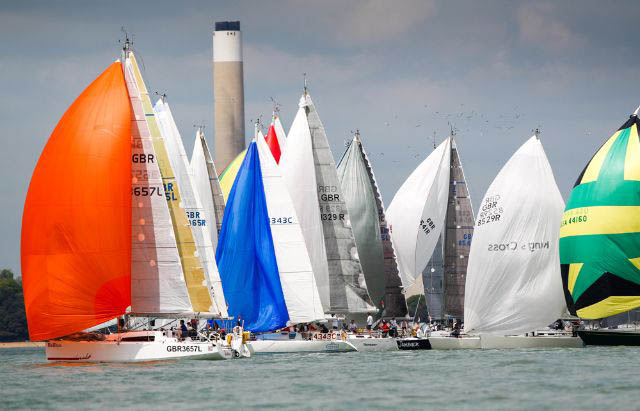 Start of the Myth of Malham 2015 race. RORC/Paul Wyeth

Anthony O’Leary’s Red Antix was amongst 141yachts that crossed the start line for the 2015 Myth of Malham Race, the largest RORC fleet to set sail since the 2013 Rolex Fastnet Race. A light gradient breeze from the north of just 5 knots was enhanced by a developing sea breeze causing erratic wind speed for the starters. Judging the line was extremely difficult but those that succeeded were rewarded with clear air and room to adjust heading, making the best use of the gusts. A windless trap off Lymington was the next hurdle to pass, before cracking sheets for a beam reach along the Jurassic Coast of Dorset, heading for the Eddystone Lighthouse off Plymouth Sound.

Three hours into the race, former RORC Commodore Mike Greville, racing his Ker 39, Erivale III, was the top performer leading the race overall. Mike Greville has a fine record for the Myth of Malham, winning the race outright in 2008. The battle for Line Honours is developing into a fascinating encounter between well known Cork week visitor Piet Vroon’s Dutch Ker 51, Tonnerre 4 and British IMOCA 60, Artemis Ocean Racing, skippered by Mikey Ferguson. Tonnerre 4 seems to be heading for the Dorset coast, whilst Artemis Ocean Racing is heading offshore.

In IRC One the old rivals are at it again. Michael Bartholomew’s GP42, Tokoloshe II had a cracking start, leading their class on the water, past Hurst Narrows. However Anthony O’Leary’s Red Ker 40, Antix, was hot on the heels of the South African team on Tokoloshe II.

Last night, the fleet were expected to be battling the current due to turn against the yachts at around 1900 BST. Weather forecasts suggested a new easterly breeze of 10 knots would arrive during the night, providing the next chapter to the 2015 Myth of Malham Race. 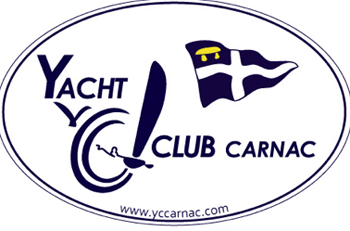 Meanwhile at Carnac, France, Alex Barry and Richard Leonard are campaigning in the RS 400 fleet in the Eurocup four day event. Yesterday’s racing was postponed until the afternoon when a breeze of 8 knots filled in. Racing against the UK sailors was tough but nonetheless the Royal Cork crew managed an eighth position out of the thirty five boats and are hoping to improve their performance today. However, winds are forecast to be very light for today (Sun) so it may not be possible to race until the afternoon. Eight races remain to be sailed.

An interesting feature here is that the Race Officer for the event is none other than Tony O’Gorman, well known Cork sailor and now living in France.

RCYC Toppers Trill at Ballyholme Traveller
Report from Day Two of Racing at the RS400 Eurocup at Carnac, France