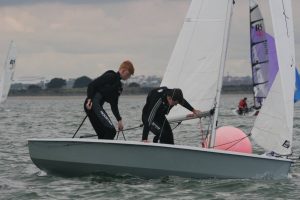 Last weekend, Howth Yacht Club hosted the RS Easterns (consisting of Fevas, 200s and 400s) which were held in very light breezes. Irrespective, the race management team got away six races over the two days and Royal Cork members were present where they left their mark in a very positive manner.

In the RS 200 class, Marty O’Leary & Rachel Williamson of the host club showed a clean pair of heels to the fleet in clinching the overall win. Johnny Sargent from Howth paired up with Royal Cork’s David Jones and won the overall junior title finishing in 5th place overall with a very consistent series of races. The ‘older’ pairing of club members Cian Jones and Luke McGrath finished two places further back ; Very encouraging for the RCYC boats as it was their first RS event!

In the RS 400 fleet ,seasoned campaigners , Royal Cork’s Alex Barry & Richard Leonard sailed a very consistent series to take the RS 400 Eastern trophy south again.  Well done to both. As usual the 400 class was very competitive with tight racing throughout the fleet, with a mere four points separating the top five boats.

The Irish RS class will meet up again in Royal North of Ireland Yacht Club on 13th and 14th of May for the Northern Championships and can also look forward to some very exciting racing during Cork Dinghy Fest towards the end of June with large fleets of both the 200 and 400 already lined up to compete. 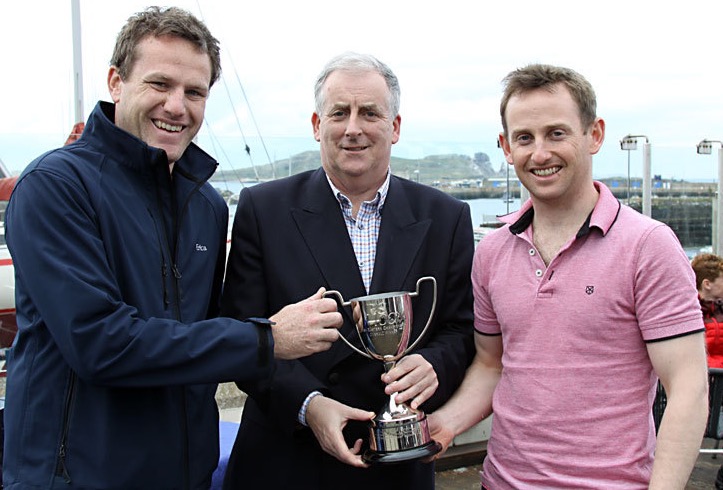 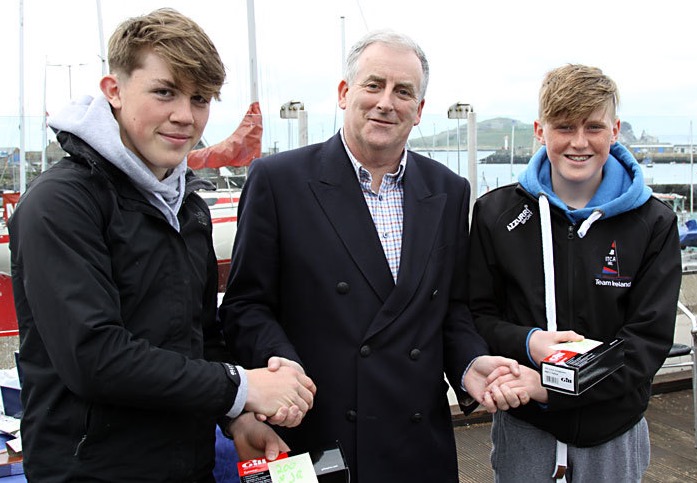